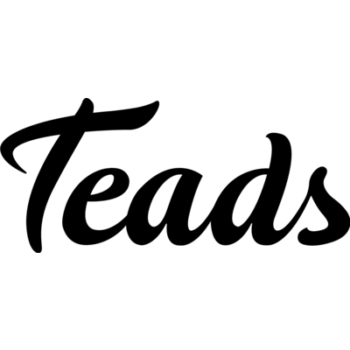 Today Teads, the Global Media Platform, unveiled its latest research on how prepared publishers are for the cookieless era. More than 419 of the world’s best publisher brands, representing a cross-section of both small and medium sized publishers and the largest media companies, responded to questions about their plans for the deprecation of the cookie and which industry initiatives they’re looking at implementing.

Amongst the most surprising statistics was the news that the majority of publishers, 65.3%, are not planning on increasing the utilisation of logins to specifically combat deprecation of third-party cookies. The predominant reasons for this were the potential disruption of user experience and impact on traffic.

When it comes to alternative solutions, publishers are exploring a number of different options. Google’s Privacy Sandbox is the least popular initiative, with only 18% saying they’re considering it as a cookieless solution. With first-party data (27.6%), contextual (27%) and universal ID (21.8%) all much higher on publishers’ priority list.

With respect to unique ID specifically, the Liveramp and TTD solutions (Identity Link and Unified ID 2.0 respectively) have the greatest popularity, with almost half (47%) of respondents considering to adopt logins intending to work with one of these two solutions. This momentum reflects some early consensus and unification of the industry around universal ID; however, fragmentation remains across a number of other ID solutions.

Ultimately, most publishers are seeing this as a waiting game to see who comes out on top, with just 23.7% saying they fully understand implications of all industry initiatives. Of the remaining 76%, 49% say they understand the impact but are unclear on new solutions, 18% have some awareness of the issues but aren’t aware of how their business will be impacted, and 10% have limited to no knowledge on the cookieless future.

Eric Shih, Teads’ chief supply officer, said: “This survey shows the lack of clarity that publishers are facing when it comes to the death of the cookie. Despite being the ones most likely to suffer from impacted revenue streams, they’re relying on spontaneous, and often confusing, updates from tech giants. Quality journalism has never been more demanded by the general public, and we’ve seen a consistent uplift from brands who wish to support premium publishers in all markets around the world. A set of future facing targeting solutions is an essential part of that ecosystem. So the upcoming months need to be a concerted effort of collaboration and consistency from all parties involved to ensure the privacy demands on consumers are respected, whilst still allowing them free access to some of the best content on the open web.”