The Wires Global 2020: The Winners

by Lindsay Rowntree on 10th Aug 2020 in TRADERTALK

Today [10 December] ExchangeWire announced the winners of its fourth annual awards programme, The Wires Global. Since launching The Wires, ExchangeWire has been honoured to reward the best work and innovation coming out of the ad tech industry, even more poignantly in 2020, given the challenging year it has been. While the global situation has meant announcing this year's awards virtually, ExchangeWire is no less thrilled to be able to reward everyone's achievements. Here are the winners of The Wires Global 2020.

While we were not able to celebrate with everyone in person, this year we were able to do things a little differently, and hear from some of our expert judges about judging The Wires Global 2020, and why they felt the entries deserved to win. We also got to hear directly from our winners about what winning the award meant for them.

The top award of the night, the Grand Prix, was picked up by AdsWizz for their new product, AudioGO, to make digital audio advertising accessible to everyone, which won the 'Best New Product or Service: Buy Side' category. The award was accepted by Cristi Gheorghe, AudioGo's product lead, along with AdsWizz CEO, Alexis van de Wyer. The judges felt this is an excellent, solutions-driven product, which is easy to use and opens up a huge marketplace, servicing a much overlooked but highly relevant and lucrative SME sector.

A brilliant result for AdsWizz, but it was Croud, which swept the board for the most wins at The Wires Global 2020, picking up three separate awards. It's first win was 'Best Use of Data and Creativity' for Project 'Da Vinci' - machine-learning powered technology for intelligent creative direction; an entry the judges thought showed an incredible amount of time, work, and persistence in creating a truly innovative product, with a highly advanced use of data. Croud's second win was for 'Best Digital Campaign' for its work with games developer Frontier and the launch of Planet Zoo, which the judges thought was an extremely well thought out and executed campaign. Croud also walked away with the award for 'Best Client Services Team', with the judges believing the business model allowed the team to deliver the goal of being a true extension to their clients' marketing teams.

Picnic took the award for 'Best New Product or Service: Sell Side' for its 'Picnic Stories' product focused on AMP monetisation. The judges really liked the entry and felt it was a great initiative, tapping into a growing demand source which remains relatively unmonetised by many publishers. Picnic founder and CEO Matthew Goldhill accepted the award, saying it's his proudest achievement for the company to date. 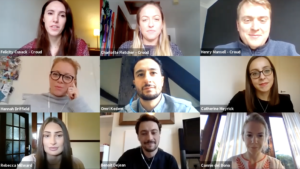 AdColony won the award for 'Best Video Campaign' for its innovative work with Samsung for the Galaxy S10 campaign in The Philippines. The judges thought it was a great creative execution, with smart targeting which delivered excellent results. Accepting the award, Ivy Noreen B. Tabares, head of digital marketing at Samsung Electronics Philippines Corp. said she was highly encouraged by the recognition received for the campaign and looks forward to creating more stand-out campaigns which deliver effective reach and engagement.

The award for 'Best Mobile Campaign' went to S4M for its work with Seat, to stand out in a crowded automotive market. The judges thought it was a really great use of multiple technologies to address a challenging client brief. Accepting the award, Sandrine Préfau, MD France at S4M, thanked Seat for their trust in delivering this campaign. S4M also won 'Best Mobile Campaign' at The Wires APAC 2020, for their work with Nando's. 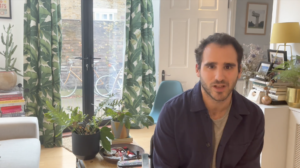 'Best Ad Ops Team' went to SpotX's European ad ops team. The  judges believed the entry showed an incredible track record, with education of key clients across the supply path, and the team had unselfishly and openly led the way in educating an audience in the CTV sector, regardless if for their own gain or not.

Returning for its sixth year, ExchangeWire also announced the winner Ad Tech Personality of the Year, along with the relatively newer Ad Tech Rising Star. We received a record number of nominations for both categories and well over 4,000 votes in total; a great opportunity to showcase both the faces and the backbones of our industry. 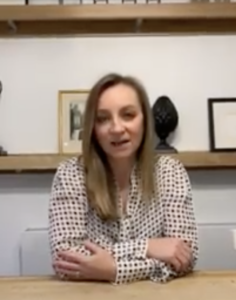 Harvin Gupta, director of solutions engineering at Xandr, has won the Ad Tech Rising Star 2020 award. He was nominated because of his outstanding contribution to the advertising community, his integral role in integrating and commercialising partners to the Xandr platform, his work with the AOP and IAB UK, and for being a constant advocate for true transparency across the supply chain.

And finally, the winner of Ad Tech Personality of the Year 2020 is Emma Newman, CRO EMEA at PubMatic. With an ad tech career spanning multiple decades, Newman was nominated not only because of her vast industry experience, but also because of her ability to challenge and inspire her colleagues and peers, embodying the best qualities of a global ad tech leader.

ExchangeWire would like to thank everyone, including the brilliant panel of judges, and all of the applicants, nominators, nominees and votes, and of course, huge congratulations to all of this year's winners. Bring on 2021, where we look forward to celebrating all of your amazing achievements with you in person.

AdsWizz has created the end-to-end technology platform that is powering the digital audio advertising ecosystem. AdsWizz is the underlying monetization solution for well-known music platforms, podcasts and broadcasting groups worldwide. Through...

More about AdsWizz »
Powered by PressBox 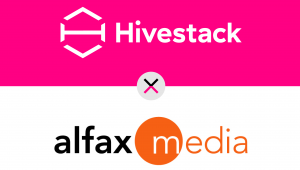 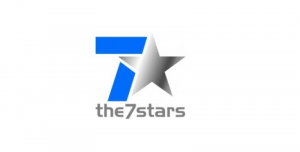