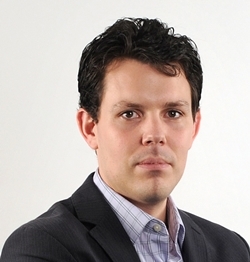 Today, Mike Nolet, Co-Founder & CTO at AppNexus, announced he is leaving the company. Here, Nolet discusses why he is leaving AppNexus at this time, his experience of working in the space over the past nine years, and why now he is looking to depart the industry.

After six years working with AppNexus, why are you now looking to leave the company? Is it a clean break or will you still be involved in an advisory capacity?

Honestly, I'm partly a victim of my own success. The company has become so successful that the role that I'm really good at — which is being very broad and capable of getting my hands dirty in many things — is no longer the role the company needs from its CTO.

We're hitting scale and growth numbers, both technically and from a people perspective, where we need real professionals to get this company to the next stage. For me, I realised it'd be best to move aside. I have tons of love for the company and all its people and am happy to say that I will continue to be engaged, just on a part-time advisory basis. It obviously wasn’t an easy decision for me, but it was made easier knowing that there are no better hands for AppNexus to be in than those of Brian, Michael, Igor and the absolutely world-class leadership and tech team we’ve built over the last year or so.

As for your next move, are you looking to leave ad technology altogether? Or will we see you pop up at another advertising technology start-up?

After nearly a decade of ad-exchanges I think it's time to try something different. I'm keeping the new business my wife Stephanie and I are starting a bit of a secret for now, but I'm sure you'll like it =).

Over the past six years what do you think have been your key achievements while working at AppNexus?

The single thing I am most proud of is the time I've spent recruiting, and building the team and culture at AppNexus. Every time I show up at each and every AppNexus office I am humbled by the quality and passion of the people. Together we've done quite a bit:

- Delivered the first RTB ad
- Scaled our systems up to 1M+ QPS ad-requests with at least 99.98% (mostly 99.99%+) uptime every single month since launch
- Built everything to be fully API driven where today hundreds of companies have extended the AppNexus stack to deliver custom solutions to tens of thousands of their clients globally
- Grown our tech team to more than 200 employees worldwide

The company has achieved significant milestones under your stewardship. What's next for AppNexus now that you are moving on?

At a high level I think AppNexus continues to set out to change the industry for the better, and that's exciting. As you can imagine I can't say too much publicly about our plans, but I can say we are incredibly excited about mobile and what internally we call "Project Tango". AppNexus is already the world’s largest independent ad tech company and one of NYC’s best tech startup success stories. With all the talent and vision the company has, I truly believe there’s no limit to what they can achieve.

You've been in the digital advertising space for a number of years now, what significant changes have you witnessed in the industry?

I think most of the changes are pretty obvious and we all see them, but perhaps less obvious is what hasn't changed:

- There are way too many companies whose incentives are misaligned with their clients. You see this on both buy and sell sides where I think many of the end-customers are getting the short-stick because of what goes on with all the middlemen.
- Although the overall level of talent has risen significantly (in many ways, but also with the "early folks" getting more experience), I think there is still a continued lack of strong technical leadership in the space. Especially when it comes to more traditional companies, I don't think we're going to see significant change or improvement until they get tech-savvy folks up in the leadership ranks.
- The level of noise in the space. It’s still very difficult to separate what’s real and what isn’t.

You have been very vocal about the over-complication of the industry and the impact large VC funding has had on the space. Now that you are leaving, do you have a fresh perspective on this?

Ha! I should have added that to my previous list... VCs are still pretty clueless and there are still a lot of companies floating around with too much cash. The scary part is that the game is only getting bigger now though with every independent digital ad companies going public together with Twitter & Facebook... so perhaps we should worry more about public investors than VCs!

Is the Lumascape the worst thing to have ever happened to our industry?

Depends on whom you're talking about. It certainly served bankers, trade analysts (*cough* ExchangeWire *cough*), and whoever used it as speech or marketing fodder well. As far as the small guy trying to figure out which way is up or down, it certainly didn't help. There's a fantastic comment exchange between Terry & I on my blog.

One of the big plays by AppNexus has been around the open "platform" proposition. How do you think this will develop, and is there a future for "point solutions" as plug-ins for the type of platform built by AppNexus?

One thing AppNexus has done is democratise RTB buying and selling technologies so they are available to everyone, not just a few companies with enough cash to build their own. We're already seeing AppNexus customers competing head to head with some of the biggest folks out there and also delivering market or niche specific point solutions. That's exciting stuff and I only see this growing in the future.

During your time at AppNexus and RightMedia, the ad network has continued to be one of the most resilient and profitable models in digital advertising. Now that agencies have, in some part, in-housed both aggregation and optimisation, where does the ad network go from here?

Over the years I've come to look at this as a problem of incentives. However much technology is out there, we still need people. Smart, motivated people deliver great results. Ad-networks have inherent motivational challenges.

An "in-house" media buyer, whether directly staffed at a brand or at an agency, could screw up next quarters results, and the consequence will be small... a slightly smaller bonus or something of the sort.

An "ad-network" (or DSP/whatever) salesperson and his account team generally receive most of their compensation from revenue. If they screw up a quarter’s results (or even end up 10% lower than the next guy), they might lose the account — and if they lose an account, they lose a big part of their revenue and maybe their job.

After nine years in the business, can you give us your proudest moment and your most shameful moment?

Over the past nine years... my proudest moment is probably standing next to Michael Bloomberg announcing a new tech education program in New York City and knowing that many AppNexus engineers spend their free time mentoring underprivileged and other students. That was cool.

Shameful moments — I'm afraid I have so many. The first time I became a manager I took my first employee out drinking and asked her if she wanted to chug a beer with me... let's hope I've come a long way since then!

...and finally, Mike, any chance of some cheeky posts on MikeOnAds any time soon?

None planned, but you never know. Maybe I will get inspired to finish my last series on the "digital ad-tech scene"!