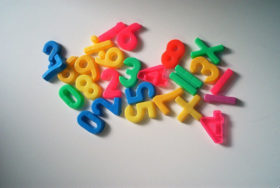 The search for a big number to wave in front of an advertiser has led to the introduction of content views as a metric. But as a site owner, Adnan Ebrahim, founder and CEO of Car Throttle (pictured below), argues that it is better to give advertisers real numbers of users that have true quality.

You may have heard of BuzzFeed CEO Jonah Peretti’s recent internal memo to staff giving an update on his business, or in his own words, a “cross-platform global network”.

But how useful is a ‘content view’ in determining the success of a publisher; and is it a useful benchmark for media owners?

Publishers and platforms measure their success in different ways. Facebook and Twitter report monthly active users whilst YouTube has made it clear that content creators make money not with more views but by minutes watched. Whilst in the background we have traditional blogs, magazines, and article publishers who live by Unique Monthly Visitors and page views.

So, why are there so many 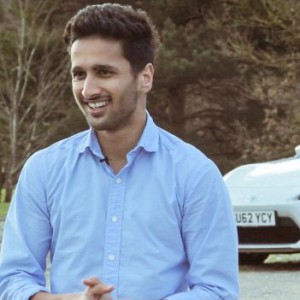 different ways of measuring success? Publishers today don’t just publish articles on a static website. BuzzFeed creates content that sits natively on third-party platforms; and others like Moviepilot are a part of a new breed of ‘platishers’, that allows thousands of users to create long-form articles with custom tools.

Our largest community here at CircleSix for auto enthusiasts, Car Throttle, started as a blog but has evolved to also allow users to upload a mixture of short-form images and long-form posts about cars.

So, based on this model, why would metric inflation happen in the first place? It’s simple – like every other business, media owners exist primarily to make money, as well as to educate and inform. And in the media business, the main way of making money is through advertising, and in order to sell more advertising, you need to show some big, ‘look at me’ numbers, all in the name of one-upping the competition and securing those all-important advertising deals.

In an interview with Re/code last month, Peretti explained the breakdown of where these content views come from:

When a ‘content view’ relies so heavily on third-party platform distribution and reach (77% in the case of BuzzFeed) any change in the platform’s product or feed algorithm can have a huge effect on the numbers of ‘content views’, without any real change to ‘brand loyal’ users who may visit the site regardless.

Additionally content views are easy to inflate. I can churn out 1,000 Facebook videos using cuts of our original YouTube content, instead of 100, and hypothetically I would multiply the number of our monthly ‘content views’ by ten. But it doesn’t mean that I can monetise ten times more users.

What’s even more bizarre is that Peretti appears to equate an Auto-played Facebook video view to a user who has landed on his feed via the BuzzFeed app. How can this be possible when the first user may have only watched two seconds of a video, when the other is an engaged user scrolling through pages and clicking ads. The fact that both scenarios would be considered a ‘content view’ in Peretti’s eyes, is beyond me.

The real metrics for success, and arguably metrics by which all publishers should measure themselves, aren’t really metrics at all. Publishers must develop a great product which encourages a fear of missing out, which develops an addiction, which encourages a habit, and where great content resides.

These subsequent users will have high value because they are likely to be users who will share content to third-party feeds, and most importantly, will be users you’ll want to show off to potential advertisers.

Measuring fear of missing out, addiction, product quality and great content, all fairly subjective metrics, would encourage publishers to take control of their problems by building better solutions to an industry where adopting Facebook Instant Articles seems like a smart move.

Let’s stop pretending we have billions of loyal users when in reality, all they’re doing is scrolling through an auto-play video. Let’s stop treating an eight second Snapchat story viewer the same as an app user. Because we should be valuing that app user so much more and we should be selling that premium engaged view to a brand for a premium price.