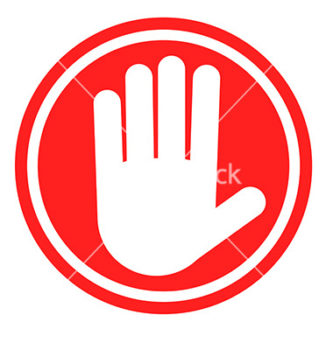 Now & Next is a new feature from ExchangeWire Research. In Now & Next, we review the latest research, provide impartial insight and analysis of current trends and provide predictions for the future of advertising and marketing technology. This feature focuses on Ad Blocking.

The global rise of ad blockers

The digital age is constantly uncovering new opportunities for publishers and advertisers to reap the rewards of online advertising. To capitalise, advertisers continue to shift their budgets from offline to online, increasing online ad spend from USD$52.3bn (£39.2bn) in 2010, to a projected USD$181.5bn (£136.1bn) by 2018.

Though the quantity of ads has risen, the number of web users willing to view them has fallen. The IAB’s June 2016 report finds consumers are disillusioned with their lack of control over ads and demand an uninterrupted browsing experience. Promotions popping-up, breaking apart, or playing sound over content without user initiation have driven negative sentiment, and promoted the inception of ad blockers.

The basic premise behind ad-blocking technology is simple. Either, the software stops communication between publisher and ad server, or it hides certain HTML elements identifying content as an ad. The rise of the ad blocker has been swift. Between June 2015 and February 2016, their penetration in the UK rose from 15% to 22%.

Consumers’ desire to limit the number of ads they see across all devices is rising. Only 3% of UK internet users would turn off ad blockers when requested on every site, while 31% would only do so on their favourite pages. This has driven tech companies to build ad-blocking software into their products. Samsung have supported ad blockers on their Android browser, while Apple’s iOS9 enables the software on Safari.

The battle with publishers

Despite the popularity of ad blocking software among consumers, they have isolated advertisers and publishers. The lack of integrity shown by ad blocking providers – accepting payments from certain advertisers to allow their content to bypass the filters – has caused anger in the industry. However, the main reason for this schism is the revenue loss ensued by publishers and advertisers. More than 200 million people currently use ad blockers, with this figure set to rise following the announcements by Samsung and Apple. Publishers and broadcasters stand to lose as much as USD$27bn (£20bn) by 2020.

These issues have caused an ongoing battle between ad blockers and one of the most powerful publishers in the industry – Facebook. Recently, the social giant changed the code that identifies advertising content, circumventing ad-blocking filters and boosting advertising revenue. However, within hours, leading software provider Adblock Plus found a way to bypass this code change to once again hide promotional content. Facebook are now looking for new ways to bypass the filters. With the publisher serving their own ads and overseeing the code that qualifies an advert, it is hard to see ad blockers winning this particular battle.

The future of ad blocking will revolve around how software providers handle publisher pushback and whether the technology can transfer to mobile and tablet devices.

Whether or not ad blockers can handle resistance from publishers may depend on the number of publishers it is battling against. How many will follow Facebook’s lead? Though the game of cat and mouse between publishers and ad blockers will inevitably continue, smaller publishers will not be part of this. They lack Facebook’s scale and do not serve their own ads, making it harder to keep abreast of changes to ad blocker technology. Smaller publishers’ sites are also, generally, perceived by consumers as having reasonable substitutes. This means they won’t antagonise their readers by tricking ad blockers.

The real clash for ad blockers will be with publishers of a similar scale to Facebook. This group will circumvent ad-blocking software in a bid to keep pace with the online ad revenue of the social media giant. However, going forward, this is not a battle that will be fought on desktop and laptop, but on mobile and tablet.

Over the next few years, we will continue to see increased penetration of mobile devices, with the number of global smartphone users expected to rise to 2.66 billion by 2019, compared to 1.59 billion in 2014. Traffic for large publishers will come from these platforms. The distribution of marketing spend towards mobile platforms in the UK will also change dramatically in the next three years. In 2014, only 10.4% of retailers spent 11-25% of their budget on mobile platforms, a figure which will rise to 23.2% by 2019.

As mentioned previously, smartphone manufacturers have already reacted to mobile’s popularity, giving consumers the option to install ad-blocking software across their device’s internet browsers. However, with mobile advertising revenue in the UK expected to rise from USD$4.35bn (£3.26bn) in 2016, to USD$10.73bn (£8.04bn) in 2021, publishers and advertisers will not surrender this growing source of revenue meekly. So, while the game of cat and mouse between large publishers and ad blockers will continue, the arena will be on mobile devices.

What does the future hold for ad blocking?

It is likely that ad blockers will have similar success in-browser on mobile devices, as they have had on laptops and desktops. However, in-game ads will be a problem area for ad blockers. The proportion of the UK population playing video games on mobile or smartphone has risen from 9% in 2010, to 26% in 2015. Ads here are less intrusive, coming at natural breaks (e.g. when you have completed a level of a game). In addition, they offer virtual currency in return for your views, to help players progress to further levels. Demand for ad-blocking software will be lower here, as in contrast to desktop ads, which can hinder content consumption, as these ads offer a tangible benefit to the consumer. As long as mobile gaming interest holds, the opportunity for advertisers and publishers to boost ad revenue here is huge, and ad blockers will have a hard time stopping it.