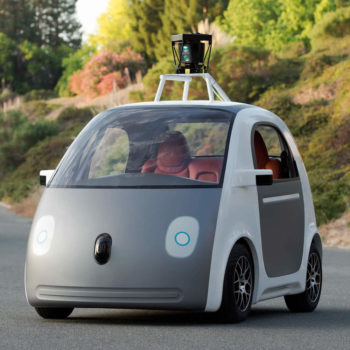 Ford forecasts that in just five years we’ll be seeing self-driving cars on roads across the UK and USA. Business Insider UK goes for a more punchy prediction, saying that by 2020 there will be ten million self-driving cars on roads. Global auto and tech giants such as Google, Uber, Ford, and Volkswagen are gearing up for a battle for drivers, passenger attention, and marketing revenue. This op-ed by Johannes Heinze, managing director EMEA, AppLovin, (pictured below) explores how the rise of autonomous vehicles will permanently change the global ad industry by heralding the demise of outdoor display ads and generating substantial new revenue streams for mobile app brands.

Google are arguably in pole position in the race to dominate the world of self-driving car technology. The company's tech experience gained from projects in robotics, drones, and software helps drive their ambitious autonomous vehicle programme. But why are they even tackling this project? At heart, Google are still an advertising company – and they are on a focused mission to reach as many consumer eyeballs as technologically possible. With millions of eyes off the road, this creates a passenger world of opportunity where much more mobile app content like games, movies, and news will be consumed on mobile devices. 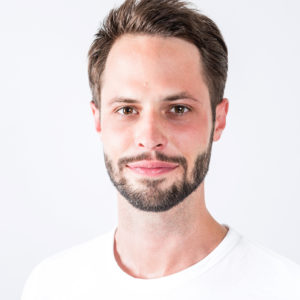 So, you think that video killed the radio star in the ‘80s? Not quite! Fast forward a few decades and mighty streaming mobile apps like Apple Music and Spotify have decimated the bottom lines of many a commercial network. It’s been forecast that about 380 million connected cars will be on roads by 2021, which will likely knock the last nail in the coffin for traditional radio. If music streaming apps were successful at luring millions of radio listeners, self-driving cars, and the accompanying new scores of passengers, will not just listen to music, but they’ll also have the opportunity to binge watch video content and play video games whilst on route to their destinations. Brands and media agencies will have a huge opportunity to attract, retain, and engage with consumers, thanks to the increased free time self-driving cars will give them.

Outdoor display ads will evolve or die out

When self-driving vehicles are on the road, drivers won’t be paying as much attention to billboards as they do now. Outdoor display ads will have to change radically to ensure they're not just communicating a single marketing message; they’ll need to be much smarter, interactive, and targeted.

One company that is ahead of the curve in outdoor advertising is Clear Channel America, which recently partnered with major US telcos, such as AT&T, to monitor consumer travel behaviour and habits via smartphones. It has been trialing a data- and analytics-driven platform called Radar, which is a new way for billboards to see who’s driving and to deliver data to advertisers. Radar outdoor ads track smartphones as they pass and capture information about traffic patterns, which, in turn, inform profile demographics. Although Radar can’t identify typical data like age or sex, it can determine certain patterns. For example, Radar can spot travel patterns such as routes taken by, say, football mums, and deliver bespoke outdoor advertisements to these audiences. Media agencies need to start increasing investment in smart outdoor advertising otherwise the current, traditional, one-directional billboards will go the way of the dodo.

While the shift of the car industry will mean big changes for advertising operating outdoors, it certainly won’t mean an end. In fact, David Carr, strategy director of DigitasLBi, believes that out-of-home advertising will be transformed as it would no longer be tied to rules preventing interactivity and movement in outdoor ads. After all, eyes on the road no longer applies. Advertisers will likely begin creation of tailored outdoor ads according to Carr. Autonomous cars foster a digital environment where there wasn’t one before. Considering the possibility of unique passenger ID and a host of screens filling the inside of vehicles, personalising ads that come with, say, traffic notifications or recommendations for the cheapest petrol station make this an marketing opportunity not to be missed.

Mobile apps to rule the roost for in-car entertainment

The clear winners of the extra consumer attention afforded by autonomous vehicles will be mobile apps. Venture Beat report the app economy is in rude health, and it is the fastest growing global economy in the world, with consumers spending 90% of their time on mobile apps versus the web. It doesn’t show signs of stopping either. Projections by App Annie indicate that by 2020, the mobile app market will surpass USD$100bn (£80.4bn) in gross revenue and boast a steady 20% compound annual growth rate each year from now until then. More time spent on apps means more eyeballs for advertisers, publishers, and developers and the forecast nearly guarantees strong market potential. In addition to this, mobile revenues peak during rush hours as connected vehicles and on-demand apps like Hailo and Uber create a treasure trove of opportunity for brands. What’s more, connected self-driving cars will deliver captive audiences for marketers because you can’t get more captive than being in a self-piloting vehicle.

Autonomous vehicles will lead to more convenience and increased safety for passengers, and their prevalence will send shock waves across countless industries, opening up entirely new opportunities for advertisers. The global ad industry itself will undoubtedly go through a transitional period where it will snap up consumer attention from older ad formats to further increase investment in mobile marketing. In a few decades time, we could all be reminiscing about how autonomous cars were the beginning of the end for display ads, how it killed radio, and how it was responsible for a massive explosion of investment in mobile app marketing.