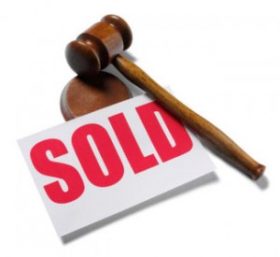 Online content is saturated with ads; the delivery of which is powered by numerous third-party technologies that ‘facilitate’ the delivery of an advertiser’s ad creative to a publisher’s website. Much of this activity is only seen and understood by ad-ops professionals and engineers, perhaps by design. In this piece, Dave Gullo, technical co-founder, VideoAmp reveals the proliferation of the technology middlemen and the implications of ad tech overkill.

VPAID (Video Player Ad-Serving Interface Definition) is an extension to VAST (Video Ad Serving Template), and provides a runtime and interface in Flash or Javascript that can give more flexibility in the delivery paradigms. It can also be used to re-auction ad opportunities and create ‘deal-on-deal’ activity.

For this reason, it’s both an excellent extension to the original VAST protocol and an area ripe with abuse. It is the responsibility of all parties involved (the supply side, exchange, and demand side) to detect when their respective parties are injecting deal-on-deal VPAID ad-units, and deal with them accordingly. This is much easier than it sounds, and some do this better than others.  “In theory, there is no difference between theory and practice.” – Yogi Berra

VideoAmp have built a Chrome extension that allows anyone to see the chains associated with video ad calls from VAST and VPAID requests. For engineers and ad-ops professionals in the video advertising industry, the tool makes it simple to inspect and unwrap video ad calls that are made in the browser.

Speaking about why he built VAST’er, Gullo says he built the tool to “help understand some possible reasons for discrepancy, checking when onboarding new exchanges and supply sources […] [and] as an R&D and exploration tool to understand the various modalities and techniques of ad serving”. Another interest is to “detect and expose video ad-fraud”.

I installed VAST’er (available as a Chrome extension) and browsed various websites running video advertising. VAST’er revealed the call chains behind each video ad, these ranged from a simple VAST tag, with straightforward beacons and media files, all the way to VPAIDs ushering VAST tags that further usher VPAIDS in a very long and convoluted chain of references.

Speaking about his plans to develop VAST’er, Gullo says: “We will modify the tool to identify VAST 4.0 deliveries, and may, perhaps, couple it with an HTTP proxy, which can do in-stream.

“Detection of known and potential ad-fraud signatures, and real-time signalling of ads that are triggered in dodgy ways, or that are not viewable in the browser, is also possible. For example: the network saw the requests and acknowledgements of an ad served, but the browser can’t see it, is also on the roadmap.”

Education about the more technical aspects of online advertising, such as how ads are trafficked, is something that is often called for and is key to maximising both ad spend and return on investment. VAST’er can help with this process.

For the people building VAST and VPAID technology, VAST’er is useful in a number of ways:

– It provides transparency via its real-time graph; users can see that the tag’s delivery is as expected and inline with the VAST and VPAID standards.

– Exchanges can use it to test and validate tags that may be under-delivering in production.

– For SSPs, VAST’er allows users to inspect how ads are actually trafficking on their respective web properties. This means detecting unintended actors in the attribution chain, and responding accordingly by changing their SSP optimisation and trafficking methods.

With VAST 4.0 on the horizon, there will be further challenges for Gullo and his team, as well as those on both the supply-side and demand-side in the industry. “The new spec includes ad-stitching that puts the ad in the same stream as the content and makes it more difficult for ad-blockers to drop the advertisements.”