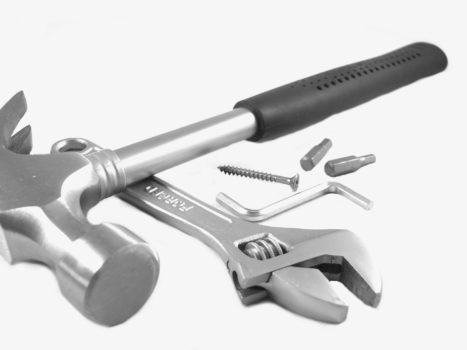 Native programmatic has experienced significant growth in 2016, yet confusion still exists across the industry as to how to define it and, more importantly, how to build it into a marketing strategy. ExchangeWire speak with Lon Otremba (pictured below), CEO, Bidtellect, about the driving force behind native programmatic and how that looks to evolve over the coming years.

ExchangeWire: Native programmatic has seen widespread adoption in 2016, but is there still confusion around what it actually is and how it can be adopted? How will that change in 2017?

Lon Otremba: It was not too long ago (a couple of years at most) when many people argued that native programmatic was an oxymoron and not technically even possible; but, fortunately, we have come a long way since that kind of thinking. Yes, there remains a fair amount of confusion around native programmatic, mostly centred on the specifics of implementation, capabilities, and scale, but we have finally gotten to the point where the industry overall now realises it can be a highly effective and efficient means of execution. This is due in large part to the widespread embracement of the IAB’s OpenRTB 2.3, which introduced a technology that enabled advertisers and publishers to take the deconstructed assets of a native ad and assemble and deploy them in real-time.

In 2017, much of that confusion gives way to fundamental acceptance and understanding of the tools and tech needed to make it work at scale; and programmatic teams buying traditional display programmatically will make significant shifts to the native side. As the IAB and industry leaders continue to enhance the spec, first with 2.4 and not long before 2.5, native programmatic will become even more sophisticated in inventory classification, standardisation of creative, etc.

Is native programmatic technology catching up with advertiser desire to invest in it?

I would actually argue the reverse. When native formats were first introduced, and publishers and advertisers were eager to include them in their plans, existing technology companies attempted to incorporate this new type of advertising into their platforms. The problem was that traditional SSPs and DSPs were built on a spec that only supported single asset ads in real-time bidding environments. They were not built to accommodate the multiple creative assets of a native ad because it simply did not exist when these platforms emerged. This is where a lot of the confusion mentioned above arose. 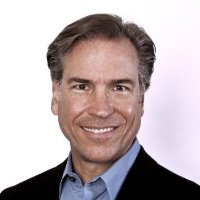 Overall, content marketing is beginning to rise to the mainstream of digital marketing efforts, fuelled largely by the tremendous success of those marketers who have made the early commitment to it. Also, the driving force of the 'movement' has largely been the client versus the agency, as in-house control of the content stream was seen as essential to success. We believe that will begin to change in 2017, as agencies begin to add greater value to their clients in their content marketing efforts; those that don’t will be left behind.

What benefits exist for advertisers and consumers with content marketing over and above traditional display advertising?

There are two enormous benefits to both advertisers and consumers: value and engagement. The first benefit is a much greater exchange of value between consumer and advertiser. One of the biggest reasons CTR is so abysmal for display (average .06%) is that consumers concluded long ago that clicking on a banner resulted in such a low value experience that they grew blind to banners altogether. With content marketing, as long as the content experience is a good one, consumers have shown very strong willingness not only to click, but also to more deeply engage. So, from a consumer‘s point of view, the value is much higher. From the marketer’s point of view, they get better consumer engagement per dollar spent, which also results in better value for them. The second big benefit of content marketing is to advertisers and publishers, who now can measure ROI on engagement post click versus the click.

Content is everywhere. It sits at the centre of a brand’s marketing efforts and plays an integral role in every marketing initiative. Although brands still heavily rely on agencies for media buying, many brands are enhancing content marketing efforts in-house. It makes a lot of sense. Not only because the ecosystem is evolving from a display advertising model towards a content marketing model, but also because content is the direct product and output from a brand. So, who better to create it than the brand themselves?

Are there challenges with the measurement of content marketing success? How are these being addressed?

The biggest challenge in successfully measuring content marketing lies with marketers’ reluctance to allow tracking of post-click behaviour within their consumer’s content experiences. The protection of this behaviour is preventing marketers from leveraging the technologies that were built to provide a strong, insightful set of metrics for post-click behaviour.

Brands’ content marketing budgets are steadily increasing and they are dedicating more and more resources to content creation and distribution. They see the value in connecting with consumers through content, but are not leveraging it to its fullest potential. By sticking with CTR as a primary campaign measurement, marketers are losing the opportunity to understand consumer behaviour and then adjust their content strategies based on these insights to create even deeper, more personalised experiences for each user.

The digital advertising industry is notorious for taking too long in embracing more advanced technologies. As demand for native has increased at a rapid rate, marketers have stayed with the more common and less sophisticated metrics, like CTR. In 2017 and beyond, marketers need to move past 'hidebound' metrics, such as CTR, and embrace post-click engagement metrics.