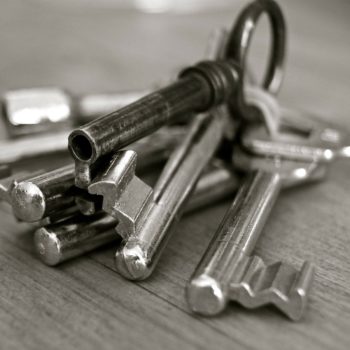 There’s no shortage of mobile apps to cater to every single possible thing a consumer could want or need. As of June 2016, there were 2.2 million apps available on the Google Play Store and 140 billion on the Apple App Store. However, app usage is dwindling and further statistics show that in the US, while smartphone apps represent half of total digital media time spent and outpace mobile web 7:1 in time spent, they don’t drive the big audiences that mobile web does, with mobile web audiences almost three times the size and growing twice as fast as app audiences. While time spent in-app is higher, that time is largely dedicated to one app, with 45% of a user’s app time on a smartphone dedicated to their number one app, with nearly three-quarters of app time being spent in a user’s top three apps. The top seven apps are all owned by either Google or Facebook; so app developers face a huge challenge of encouraging users not only to download their apps, but actually use them.

The existing digital infrastructure, the walled garden environment of mobile apps, does make reaching audience scale much harder than the more linkable desktop and mobile web. This was a challenge discovered by the founders of 1APP, who spent three years building a cloud-based mobile operating system, which allows users to access any app through a link, rather than downloading it onto a device. ExchangeWire spoke exclusively with 1APP's co-founder and CEO, Raheel Hasan, about how this technology could reshape app usage.

“When we started the company, it was a simple assumption that nobody will write apps for anything except the iOS and Android mobile operating systems”, Hasan explained. “Our goal was to bring whatever work was being done by the mobile developers to all platforms, regardless of what they are.”

1APP enables access to any app, whereby clicking on a link opens up full app access and usage and allows the app to be saved as a bookmark to the device. Apps can be taken from any app store, added to the 1APP OS, a link is created, and the app can then be accessed instantly through that link.

Does it sound similar to Android Instant Apps, launched by Google in May 2016? Well, there are a few distinct differences. As Hasan explained, apart from the obvious that Instant Apps is only available on Android devices, Google’s announcement of the concept of Instant Apps is actually no different from downloading an app, but instead they call it 'instant', as it is a much smaller download. Android Instant Apps means app developers need to design apps in small pieces. So, if a user wants to use an app for a specific service, such an example used by Google of paying for parking, it means that a user only needs to download that specific portion of the parking app to fulfil that specific requirement. According to Hasan, this isn’t a new concept: “Game developers have been using that concept forever due to the large download sizes of gaming apps. Google are taking an old concept of the partial app download and calling it 'Instant Apps' and for most developers to benefit from it, they will need to rebuild their apps.” Hasan explained how it would be an extremely long and difficult process for most developers to figure out how to break an app down into different pieces and which parts should be developed to be made instantly available.

“We completely agree with the concept that an app should be made available instantly”, said Hasan. “We are bringing apps available today without actually changing them. In our case, if an app has a section for parking, developers would simply need to make a deep link to the payment parking part of the app. It will start instantly and the user will be able to use it to transact. The key difference is they don’t have to change their app and the functionality is available today, anywhere you can embed a link.”

When asked how consumers would access apps in this way, Hasan flipped it to the position of the developer: “As a developer, where would you like your app to be available to consumers? Consumers discover apps where their time is spent; so a developer selling comics would be able to put the link inside a comic, at a comic event, via text, email – basically share it via as many mediums as possible.”

The conversation turned to performance, with the question of how gaming developers, for example, who target their media investment on cost-per-install (CPI) metrics, would be impacted by the apps being available through a deep link. “It changes the paradigm of how you think you will acquire your user", explained Hasan. "Rather than thinking in terms of CPI and how much it will cost me to get a user to download the app, in this instance the first time someone clicks on the app, and becomes aware of it, is the first time the app is actually used. For the cheaper cost of a click, not the cost of an install, the app is being used. For every click, the app is used instantly.”

This alters the dimension of app promoting, as it changes how you get an app in front of a user and a tweet from a celebrity promoting an app through a link means every click engagement with that tweet provides instant access to the promoted app – no app store redirections and no download times. While apps are stickier and have more loyal audiences than the mobile web, the challenge is getting users inside the app in the first place, something which affects advertisers from retail right through to politics.

According to Hasan, it could also be used for ‘try before you buy’ advertising. Some gaming companies develop HTML5 mini games for in-app advertising, but they’re not the same as the game in the app. App linking would allow advertisers to create a genuine app experience within an app ad to attract the user and encourage continued app usage.

The many prospects open to the ability to deep link directly into an app have created a tremendous response for 1APP. The operating system went into beta last year and is now available for general usage. 1APP now has a team of over 40, all based in Silicon Valley and, despite the challenges of fast growth in the valley from a hiring perspective, explained Hasan, they are still growing. It takes a lot of technology to make an app instantly available through a link and the team has an average experience of 15 years in the industry. While Hasan didn’t want to disclose how much funding 1APP have raised, he was happy to confirm they are well funded and, interestingly, all funding has been provided by their own clients, not venture capitalists. When existing clients were first introduced to the concept, they were so impressed with the technology and potential use cases it provides, they didn’t just want to adopt the technology, they also wanted a piece of the pie.

1APP's technology will make developers rethink whether they continue to write apps, in an environment where continued usage of apps outside of the top three stalwarts is dwindling, if instant access technology is available and will potentially change the course of app usage.