Digital audio has been transformed from a nascent advertising and publishing channel to a booming industry in just three short years. Oliver Deane (pictured below), director of commercial digital, Global, reflects on how the industry has evolved in this time and what we can expect to see in the next three years.

The growth of digital audio has been staggering. We now have 22.3 million people listening to digital audio every week in the UK, accessing their favourite radio stations, podcasts, and streamed music on connected devices. That’s an increase of more than 40% since 2014.

With this in mind, it’s no surprise that digital audio is becoming such a popular option for advertisers. With more people plugging into digital audio through smartphones, tablets, and voiceless tech, this constant state of connectivity has given brands a new window of opportunity to engage with consumers.

And they’re definitely making the most of it. On DAX we now run more than 400 campaigns a month, compared with 17 when we first launched, showing the extent to which digital audio is rising to the top of advertisers’ agendas.

But this isn’t just a numbers game. It’s not only the sheer scale of audiences that are attracting advertisers, but also the ways in which they are able to create, target, and measure their campaigns through digital audio that’s getting them excited. 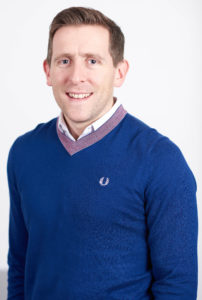 Just as Global simplified the commercial radio market for advertisers, the development of programmatic ad buying has revolutionised the digital audio industry, allowing brands to advertise across a range of publishers through a single buying point.

Secondly, we’ve seen huge advances in targeting. Being able to target specific demographics through digital audio has meant marketers can ensure their messaging is being fed to consumers most likely to engage with it – music to any advertiser’s ears!

Over the past three years, we have also seen the introduction of dynamic and personalised audio, allowing brands to target consumers on the move in real time, in moments that are relevant to them. Because of this, digital audio has become a natural bedfellow for other media channels, leading to increased effectiveness by adding reach, relevance, and engagement to an advertising campaign.

Making audio more measurable and accountable has been our biggest priority, and a huge amount of time and energy has been committed to making this a reality. We launched our Listener ID tool in October 2016. With this technology, brands can accurately track and measure how successful their campaigns have been: tracking performance, interaction, and listener behaviour to deliver real and meaningful results. Listener ID also gives advertisers new insights into the audience they are reaching through audio.

Once considered to be a challenging format to work with digitally – after all, you cannot click on an audio ad – the creative capabilities of digital audio have come on leaps and bounds over the past three years, making it a creative force to be reckoned with. At Global, we have the technology to record audio in 3D, allowing advertisers to replicate real sounds and situations. A prime example of this is an ad we made for Crimestoppers, in which the listener was placed at the heart of a crime scene. The audio was filmed by placing a special microphone at the centre of a room in which a crime scene was recreated. The sounds of the conversations and gunshots made for a heart-stopping listening experience, instantly capturing the attention of the listener in a way that normal 2D sound could not.

So, digital audio is becoming more popular, more creative, more targeted, and more effective at delivering results. But what do the next three years hold?

The future of digital audio

The number of people listening to digital audio will continue to rise. Figures suggest that 30 million people will be consuming digital audio by 2020. Using podcasts as an example, the current audience of 5.5 million is predicted to grow to 10 million by 2020, especially as the range of podcasts available will continue to diversify. DAX Podcasts, which we launched earlier this year, now allows advertisers to target listeners on the move through their favourite podcasts, enabling brands to tap into this growing market.

We have recently run a campaign with O2 and Mobsta, where consumers near O2 billboards were served digital audio ads. After the ad had been served to a device, the user could then be tracked to see if they had visited an O2 store. This type of integrated marketing is indicative of how digital audio will be used more in geotargeted campaigns to measure footfall and consideration – a hugely compelling proposition for advertisers looking to target people on the move.

And then there’s the growth of voice-activated technology. Researchers have predicted that, by 2020, 30% of web browsing will be done without a screen. The increasing popularity of artificial intelligence, the internet of things, and in-home devices, such as Google Home, Amazon Echo, and Apple’s soon-to-be launched rival, are now going to open a new wave of opportunities for marketers, with more and more ads being served aurally. How brands sound will become increasingly important; and in the quest to get noticed, they will need to place more emphasis on defining their personality and values through audio.

When asked how people use their in-home devices, a survey by Radiocentre found that listening to radio or on-demand music services was the most widely reported use of Amazon Echo, with 71% of users saying that owning the device is making them listen more. With more of these devices entering the home, brands will be able to target consumers more frequently, not just on the move but in the most personal of spaces too. It is only a matter of time before we’ll able to target these devices based on household size, occupants, locations, and more, while staying mindful of the delicate balance between being genuinely relevant and targeted, and not being intrusive.

From my perspective, it’s a hugely exciting time to be working in digital audio, and we can only eagerly anticipate how it will progress as DAX celebrates more birthdays. If the past three years are anything to go by, digital audio will continue to act as the glue between the online and traditional elements of media in a way that no other medium can.