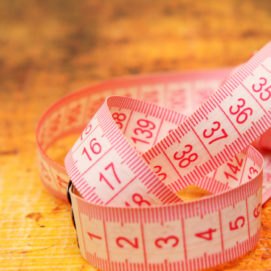 Programmatic has a measurement problem. P&G chief brand officer Marc Pritchard sent shockwaves through the industry with demands for improvement in this important area; and evidence is emerging that underlines just how tricky the thorny issue of measurement is for marketers and, crucially, how it continues to hold our industry back. In this piece for ExchangeWire, Rachael Morris (pictured below), director of optimisation and insight, Infectious Media, explains why a new approach is needed to stop brands wasting millions.

Our own research recently found that nearly all advertisers (90%) could justify additional investment in programmatic if they had access to better measurement, while 66% named measurement as their main digital marketing challenge.

With such a clear consensus that investment is being hampered by a flawed approach to measurement, it might be surprising that there’s not been greater progress in finding an appropriate fix.

For too long, agencies and brands haven’t focused on what campaigns are really trying to achieve. As such, a misplaced focus on metrics that don’t deliver business results has become a barrier to moving to a new way of working.

Realising the true potential of programmatic means not just recognising that measurement is flawed, but fully understanding why these metrics are resulting in so many millions being wasted.

Why the measurement problem persists

At its root, programmatic is being held back because the industry isn’t measuring what matters – its ability to boost conversions or brand affinity, for example. This means that the metrics with the potential to demonstrate a causal relationship between the campaign, and how it achieves these aims, are never created.

Instead, many agencies and brands are defaulting to an industry standard – number of clicks – that often doesn’t even correlate with increased sales, let alone prove a causal relationship. 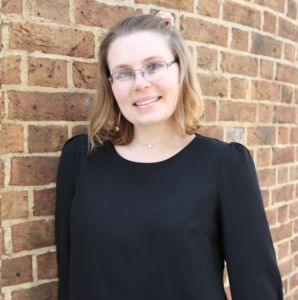 This approach is a throwback to a time when it was difficult to prove how audiences responded to ads and it doesn’t belong in the programmatic age.

Today, programmatic allows you to track people far more accurately than ever before and, depending on the platform, offers a variety of ways to measure the behaviour of internet users, whether or not they have seen an ad.

In addition, programmatic gives an unparalleled opportunity to improve the performance of a campaign, offering almost real-time insight into which aspects of a campaign – such as creative, targeting, and seasonality – are generating the results brands want to achieve.

Switching to meaningful metrics allows brands to take advantage of this opportunity.

In a good example of moving towards more meaningful metrics, we worked with a brand aiming to increase visits to their website, measuring cost per post-click site visit as a proxy for this aim.

The issue here is that increasing website traffic was really just a proxy for the brand’s true aim, which was to increase sales. The second proxy (post-click visits) meant that what was being measured had become too far removed from the real goal of increasing sales.

After analysis, we found that simple site visits were not a good proxy for sales – and neither were any of the previous KPIs that had been used.

Instead, campaigns had been optimised against KPIs that did nothing to increase sales for years, with the metrics that had been used chosen simply because they ‘felt right’, but without any analysis to demonstrate how they influenced sales.

Our analysis highlighted that the key customer behaviour that correlated to online sales was, in fact, the time a user spent on site. As a result, we were able to recommend a ‘time on site’ target and are working to optimise strategies that drive traffic among users spending a longer time on-site, rather than simple site visits.

Not all metrics are created equal

While analysis that demonstrates a metric is a reliable indicator for a brand’s specific business goals is valuable, this isn’t the only way to improve measurement.

Some metrics that stubbornly persist in the industry are so flawed that, in general terms, they are almost certainly not encouraging agencies to help advertisers realise results that truly benefit the business.

Unfortunately, the most popular metric marketers use when measuring programmatic according to our research – number of clicks – is one such example.

We found over half (56%) of marketers consider number of clicks their most important metric, despite the fact that a click proves very little.

Ultimately, businesses want conversions rather than clicks; but by accepting this flawed metric, brands are simply incentivising their agencies to focus on cheap inventory, which is susceptible to click fraud.

They’re also at risk of targeting consumers with a propensity to click on ads accidentally. While not fraudulent, accidental clicks do nothing to boost conversions. In fact, we conducted a study that revealed the fact that high-probability clickers were 20% less likely to convert than average, which means brands could probably improve their campaign performance by excluding high-probability clickers – all in the context of the fact that the industry’s main metric for judging success encourages the opposite behaviour.

And, just as we can speak in general terms about flawed metrics, we can also identify approaches that across the board enable brands to gain real insight into whether a campaign is driving genuine ROI.

One example of this is incremental measurement. Because any campaign is likely to involve a certain number of non-viewable impressions, these can be used to create a control group of consumers. Comparing the behaviour of users who viewed the ad, over those who didn’t, helps identify results that were genuinely driven by the campaign, rather than conversions that would have happened anyway.

Agencies opting for the easy option of buying cheap inventory might not be keen to move to such a model, as it could potentially demonstrate that their campaigns are doing little to boost conversions. Meanwhile, brands will need to build enough understanding within the business to encourage their organisation to move away from more familiar measurement methods.

However, as more brands start asking the right questions – seeking to uncover the genuine value of their programmatic spend – new methods that reflect these concerns seem inevitable.

A better approach to programmatic measurement is possible; and with nearly all advertisers recognising the value this could offer, accelerating the shift in this direction will become central to sustaining the long-term health of the industry.