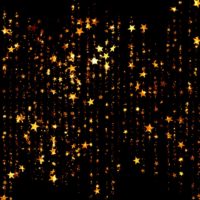 The shortlist for The Wires Global 2020 awards has been announced by ExchangeWire, with AdColony leading the finalists with four nominations across three categories, following a further three nominations in The Wires APAC 2020.

Now in its fourth year, The Wires Global awards programme recognises the very best use of ad tech and martech across all aspects of media sales and media buying, celebrating use of technology, expertise, and innovation within the industry. Following the success of the global awards, ExchangeWire launched The Wires APAC in 2019.

The global pandemic may have caused minor delays to proceedings this year, but ExchangeWire would like to thank all of the applicants for submitting such quality entries, as well as the esteemed panel of judges, who have been working hard to evaluate all the submissions to give us the final shortlist.

AdColony is up for Best Mobile Campaign, Best Use of Data & Creativity, and has had two entries shortlisted for Best Video Campaign for its work with Samsung, as well as Resolution Media and Nissan. This follows the announcement that the in-app specialist has also been shortlisted three times in The Wires APAC 2020, bringing its total to seven across the board.

Rachel Smith, ExchangeWire COO, said of this year’s Global Wires awards: “We are delighted and encouraged by the quality and volume of submissions we have received this year, during what can only be described as a very challenging time globally. At a time when the ability to connect with people and do business face-to-face is severely compromised, awards represent an opportunity to display the value of what you do and your business achievements to your peers, current and prospective clients, and the industry more broadly.”

The full shortlist can be found here.

With continued restrictions on gatherings in the UK, the physical awards ceremony will be replaced with a virtual announcement of the winners, with the date to be confirmed.