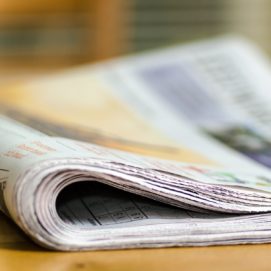 How does socialisation affect news consumption? Are publishers ready to adapt to these changing trends, or is their only option to quietly accept the fact that news production will forever languish behind social media? How can publishers thrive, despite the socialisation of news? Stephanie Himoff (pictured below), MD Northern Europe, Outbrain, writing exclusively for ExchangeWire, provides the main points publishers must consider to continue operating in this changing market.

In January 2009, US Airways Flight 1549 was carrying 155 passengers and crew when engine failure forced Captain Sullenberger to land in New York’s Hudson River. The unfolding drama gripped the world over – and, for the first time, Twitter’s coverage of the event far outpaced the media’s.

Since the Miracle of the Hudson, social media has steadily established itself at the forefront of the news cycle. Often, news breaks on Twitter with traditional press following soon after. Eyewitnesses report on events before the first journalist reaches the scene. Updates are constant and in real time.

For consumers, the democratising effect of social media means any one of us can curate and debate the day’s headlines. But for publishers, the opposite is true: they lose control over the news. In 2014, comScore compared referral traffic to direct entry, finding that visitors from social platforms to publisher sites spend 3x less time there, revisit 3x less often, and view 5x fewer pages. In 2015, Digiday reported that social media had surpassed Google in publisher referral visits, at 40% and 38%, respectively. When considered jointly, these two movements towards the socialisation of news consumption were a convenient change for consumers, but severely threatened the news industry’s status quo, spelling serious consequences for publishers who were already failing to see meaningful audience growth.

Then, in June this year, the Reuters Institute for the Study of Journalism (RISJ) released a survey, which cemented fears that the rise of social media is destabilising the news industry. Social media is now the principal form of news discovery for young consumers, with 28% of 18 to 24 year olds citing it as their main news source, compared to 24% for TV. This growing tendency is not contained to the UK either, as 12% of respondents of all ages in the 26 countries surveyed cite social media as their go-to for news.

This is a relatively new phenomenon, but by no means an insignificant one, as it results in less engaged readerships and, additionally, allows for bias. As The New York Times announced on 29 June, the algorithm that powers Facebook’s newsfeed is changing yet again to favour content from users’ friends and family. No minor alteration, this decision echoes another wider issue: social news consumption lets algorithms decide what you see in your feed and risks the creation of ‘news bubbles’ or an echo chamber where only your own opinions are reflected in what you read. In serving consumers stories shared only by their nearest and dearest, Facebook can withhold the bigger picture and shield the user from conflicting viewpoints that would come from a publisher.

However, as consumers worldwide move to social media and mobile for their news, there are many publisher-aligned solutions aimed at redressing what The New York Times calls the “central tension between news producers and platforms”, which is user ownership and the potential for bias: 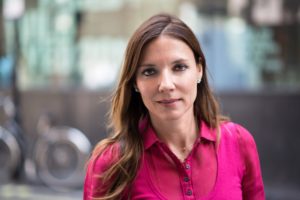 Publishers must use social media to market their core properties

This means using the likes of Facebook and Google only to drive website traffic and app downloads, and does not entail blindly feeding content into these platforms. Doing so risks publishers losing both audience data and any direct relationship with readers. Users should experience a publisher’s content in the publisher’s space to make one synonymous with the other, and ensure the publication’s survival.

This boosts readership and revenue. But recommendation algorithms must be engineered to avoid limiting the scope of news discovery. Equally important is ensuring we offer stories on diverse topics. If recommendations are algorithmically too similar, they saturate readers with biased viewpoints.

Publishers must optimise the user experience

Publishers must take care to monetise digital and mobile content in an unintrusive, native way. According to the RISJ, the UK consumes more news on mobile than desktop, with 70% of the BBC’s traffic now coming from mobiles. Monetisation strategies must, therefore, be user-friendly and device-specific; otherwise, our industry could exacerbate the adoption of ad blockers and further jeopardise advertising revenue.

For example, consumers spend the majority of their time on mobile using messenger apps. As a result, chatbots have been developed to allow publishers to seamlessly communicate with readers on an individual basis in the place where they spend the most time. More importantly, the content delivered is exactly what the consumer wants at that moment in time and is experienced as the publisher’s asset.

The RISJ survey shows those who consume news socially are likely to prefer soft to hard news, and editors must deliver content in accordance with this to successfully engage both direct visitors and social followers. For guidance, try comparing the Guardian’s website to its Facebook page. The style and substance of the former is serious, while social space needs lighthearted stories – and emojis.

With every new generation of social and mobile natives, the socialisation of news consumption may well become the norm. But, as the Reuters Institute states, these fundamental changes have the capacity to gravely affect publishers with “potentially profound consequences” for the future of news production. What publishers must now rely on are tech- and social-savvy strategies that can go a long way to social-proof their future, thereby allowing them to adapt and innovate in line with the latest consumer trends in the competitive digital media space.