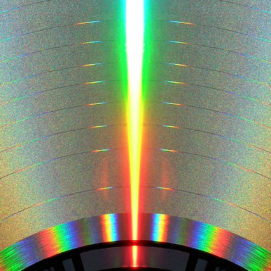 In an industry based on data and real-time analysis, data scientists are the interpreters of complex variables that determine the outcome of advertising campaigns. Catherine Williams (pictured below), chief data scientist, AppNexus, talks about the role of data science in ad tech – and the importance of nurturing new talent for the industry as a whole.

ExchangeWire: Are data scientists being replaced by machine learning?

Catherine Williams: No, on the contrary, data scientists are required in order to produce viable machine learning. It’s part of their craft. Machine learning is a powerful toolkit, but using it effectively requires training, skill, and experience.

Can you discuss some concrete benefits of data science to programmatic advertising? 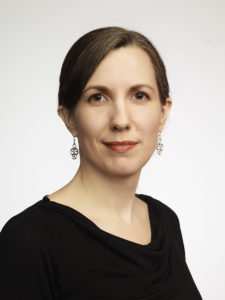 Data science brings intelligence to many aspects of programmatic advertising technology. It allows marketers to provide a more powerful and personal digital experience for consumers by tapping into and making sense of the data signals created by people engaging with interconnected devices and apps. It allows publishers to understand and value their audiences and inventory more effectively in real time. It provides programmatic marketplaces with the tools to screen inventory, traffic, and creatives for sensitive or problematic attributes (of which nonhuman traffic is probably most often discussed). And, increasingly, we’re seeing machine-learning-enabled algorithms and products supporting and driving greater overall liquidity and efficiency – hence, value for all participants.

Where is data science going to go in the ad tech industry?

The importance of data science in the ad tech industry will only increase, in tech and the world at-large. Specifically, we’ll see marketers use data science to better meet the challenges they face in the programmatic ecosystem, reaching their audiences with greater precision and providing them with better user experiences. Data science will also continue to play a pivotal role in enforcing industry standards in an ever-evolving landscape, for brand safety, data protection, and many other areas, enabling us to make informed decisions as we adapt to change. Advertising marketplaces will be increasingly machine-learning-enhanced and -enabled. And if artificial intelligence is the new electricity, as computer scientist Andrew Ng says, then eventually it will likely revolutionise more of the industry than we can even imagine right now.

You are one of a handful of female data scientists in the industry. What is your experience of gender equality in tech roles?

I’ve had the good fortune to work with an amazing team of both men and women in tech, collaborating, learning, and building together and, really, that’s the core of my experience. I do often find myself to be the only woman in the room, especially at more senior levels, which is discouraging and sometimes uncomfortable, but it reinforces my desire to continue to help other women get seats at the table. I’ve been on the receiving end of some pretty sexist and insulting statements, but it’s been the exception, not the rule. While I do still see some of the ‘typical’ negative gender dynamics around me (mansplaining, interrupting/not speaking-up, over/under-confidence in self and skills), my company at-large is pretty self-aware and actively working on addressing those things, which I’m proud of. And, most importantly, we have a couple of different women’s groups that, among other things, provide online and real-world forums to share stories, give support, laugh, and keep each other sane.

What role do organisations like Girls Who Code and tech education programmes have for bringing gender equality into the industry?

Disparity in gender diversity in tech education and employment impairs the industry for two reasons: one, less diverse organisations have been shown to be less successful overall, and two, there’s increasingly a shortage of tech workers overall, as more and more industries are transformed by the internet economy. Organisations like Girls Who Code and tech education programmes are instrumental in reversing these tides. True story: before she attended a Girls Who Code programme at her high school, my niece had no interest in computers, thinking it was her younger brother’s ‘thing’. But in that programme, she saw what it was all about, decided it was her thing after all, and was just accepted into the highly competitive CS major at University of Washington. Not only did GWC tip the balance towards gender equality one notch, it also brought one net-new bright, talented young person into the tech industry. Win-win.