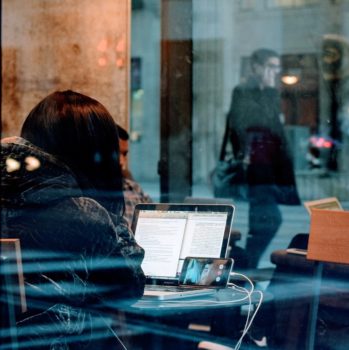 As more and more content goes digital, publishers have been trying to keep up with engaging video strategies. But has that been the right move? Writing exclusively for ExchangeWire, Keith Sibson (pictured below), VP of product and marketing, PostUp, talks about how publishers are handling the pivot to video, the challenges they are facing, and the future video holds for the publishing industry.

As the publishing industry goes digital, publishers have gone from strategy to strategy, searching for a business model that provides steady revenue. Unable to sustain revenues by selling ads alongside their existing content, some publishers have turned to a video-centric strategy.

At best, the pivot has provided a steady stream of revenue for a handful of publishing’s best video creators (and a steady stream of jokes for everyone else). At worst, it’s derailed the businesses of several publishers that couldn’t afford to lose any more revenue. Publishers like Fox Sports and Mic have already reported steep drops in web traffic.

The problem lies not with video itself, but with publishers’ reasons for going all-in on it. Video’s higher CPMs are too tempting for revenue-squeezed publishers to pass up, overlooking the fact that video might not align with their content or audience.

How publishers got to the pivot

Historically, publishers have struggled to replicate the ad-driven model of print in the digital realm. That changed when programmatic lowered the bar to entry for publishers to succeed online. Publishers of all sizes suddenly found themselves with a way to generate easy digital revenue, until programmatic became a victim of its own success. With so many publishers fighting for a piece of the programmatic pie, ad inventory ballooned and revenue per page view plummeted.

At first, social media seemed to be a promising way to prop up programmatic ad revenue with an easy source of clicks: scale versus CPM. It worked for a while, until Facebook became equally saturated with cheap click-seeking content. Publishers then placed more ads to combat this quickly declining revenue, which only hurt them more by popularising the use of ad blockers.

When algorithm changes made it increasingly difficult to surface content for their audiences, publishers shifted to create the content that Facebook prioritised in the news feed, namely video. While platforms have given publishers a large audience, catering to the whims of the platform resulted in a publishing business model hopelessly intertwined with the platforms standing in direct competition with them for advertiser spend.

Why the pivot isn’t working

With diminishing returns from text content, publishers are hoping that the pivot to video will provide their next windfall. So far, that hasn’t happened.

Adopting a quality video-centric strategy requires significant investments in technology and manpower, a difficult task for publishers already struggling with revenue. Many pivoting publishers did so because ad CPMs from video tend to be significantly higher than those of print. But without quality content to back up a transition, the move to video can’t work. When audiences demand quality video, cranking out cheap videos of text and images is merely temporarily gaming the system and, ultimately, pivoting away from profitability. Publishers risk alienating audiences with the monetisation-first, content-second approach of ill-conceived moves towards video.

The pivot also hinges on the platforms’ ability to deliver views. When Facebook’s priorities are constantly pivoting as well, this isn’t a sustainable strategy in the long term. It’s also counterproductive for publishers trying to decrease their reliance on platforms and build an owned audience. That platforms and publishers are in direct competition for ad revenue only complicates this relationship. 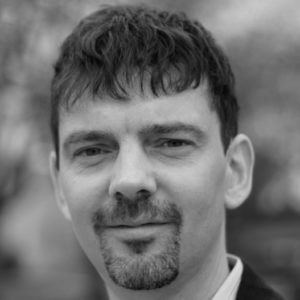 Publishers have lost their web traffic by rapidly shifting to the creation of content that fails to resonate with their audience. While some pivoting publishers argue that views were already falling, or pageviews are no longer a worthwhile metric, publishers must make sure they’re not losing their engaged audiences. Their revenue depends on it.

As more publishers pivot to chase video revenue, they risk running into the same problems plaguing ad-driven text. An influx of video will drive down video ad CPMs, requiring publishers to show more video for less revenue. The 'tragedy of the commons' from programmatic and platforms drove down quality, user experience, and profitability; there’s a risk this will happen with video too.

The publishing industry is increasingly realising that its future depends on monetising audiences directly. That means they must work on building relationships with their audiences, driving traffic to their owned sites, and opening up direct reach through email.

Of course, publishers will continue to see ad revenue, but only as one of several revenue streams. A business model that relies entirely on programmatic ad revenue commoditises the content, leading to an overabundance of low-quality content. After all, a programmatic ad next to a high-quality research article pays exactly the same as a one next to a cat video lifted from Reddit.

Is the pivot to video doomed to fail for all publishers? No, some will see success, but this success hinges on the quality and not quantity. The pivot experiment suggests that many publishers are dead-set on propping up the digital equivalent of the print advertising business models, which is in its twilight years.