In this relaunched weekly segment, ExchangeWire sums up key industry updates on ad tech from around the Asia Pacific region – in this edition: MCOT selects Triton Digital for management and monetisation of its digital audio and podcast content; OpenX increases expansion into APAC with key investments in people, platform and product; and dataxu partners with Aircast to launch Southeast Asia’s first programmatic DOOH offering.

If you have a story which you would like to be featured in an upcoming edition of the ExchangeWire APAC news roundup, please email press@exchangewire.com.

Triton Digital, a leading technology provider for the global audio industry, announced that MCOT Public Company Limited (MCOT), one of Thailand’s leading public radio and television broadcasters, has selected Triton Digital to power the management and monetisation of its digital audio and podcast content.

In addition, MCOT will utilise Triton’s integration with the Omny Studio platform to capture, edit and distribute podcast content to its online listeners for the first time.

"We are pleased to be providing MCOT with the technology and support they need to launch their on-demand audio content network," said Benjamin Masse, Managing Director, Market Development and Strategy at Triton Digital. "We look forward to helping MCOT execute and continuously evolve their digital audio and podcast strategy today and for years to come, and to help them both reach and expand their listening audience while increasing their revenue."

OpenX increases expansion into APAC with key investments in people, platform and product

According to a report published last year by the Boston Consulting Group, regional advertising in APAC is expected to surpass USD$19bn (£15bn) by 2020, with 36% flowing directly to programmatic channels. To support this growing market trend, OpenX announced significant investments it is making to deliver the next generation of programmatic people-based advertising to the APAC market.

Supporting the company’s regional investment strategy, OpenX announced the appointment of its regional leadership team and the completion of a six month engineering partnership with Google to become the first independent advertising exchange in APAC to operate fully in the cloud. To build out the business operations in the region, OpenX announced the hire of Andrew Tu as managing director and Cheryl Tan as account director.

As OpenX scales in the region, the company has built a substantial technical advantage through its first of its kind partnership with Google Cloud Platform (GCP). After announcing a global five year deal with GCP in January to move the company’s entire exchange into the cloud, tech integration work began in Singapore and Southeast Asia. On 28th May OpenX and Google announced that the engineering and technical integrations were complete, making OpenX the first SSP in Southeast Asia to benefit from operating fully in the cloud without on-premise servers. The move to the cloud unlocks significant advantages in speed and scalability that will deliver efficiencies and ROI for both buyers and sellers. Following the launch in Singapore and Australia this month, the rest of the OpenX business will be fully live in the cloud by Q4 of 2019. 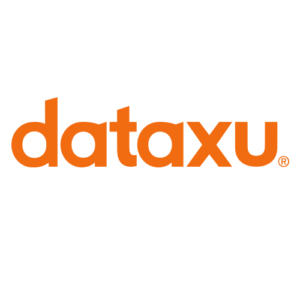 dataxu, the leading global software provider for marketing professionals, has announced a partnership with Aircast to offer Southeast Asia’s first ever programmatic digital out-of-home (DOOH) media inventory for brands and agencies in the Philippines.

Aircast is a DOOH provider based in the Philippines, with most of their screens located in metropolitan Manila. DOOH refers to the distribution of dynamic content across digital screens in public spaces, allowing brands to connect the dots between online data and offline media with digital attribution.

The partnership gives dataxu a first-mover advantage to offer its clients real-time reporting for DOOH in the Philippines alongside other digital media buys. The partnerships also offers brands and agencies exclusive inventory to 150 sites in total, with a daily viewership of over 120,000. Advertisers can target audiences by selected tourist destinations or cities, by time and date, and specific live weather conditions.

Alvin Wong, Regional Director SEA at dataxu, commented on the partnership, "The Philippines is one of the fastest growing digital markets in the region, and it’s therefore very exciting to partner with Aircast to bring Southeast Asia’s first programmatic DOOH solution to Manila. This partnership will empower media planners to plan DOOH much more effectively within a larger holistic, cross-channel media context in the Philippines, and hopefully will set a benchmark for other markets to follow."

Brian Conde, General Manager at Aircast, added, "We’re thrilled to announce this partnership between dataxu and Aircast. With our strategically placed Aircast screens offering higher viewership than other formats, marketers will be able to cut through the clutter and take advantage of the wide reach to connect with audiences. Together, this partnership has paved the way for scaling digital out of home programmatically in the region."