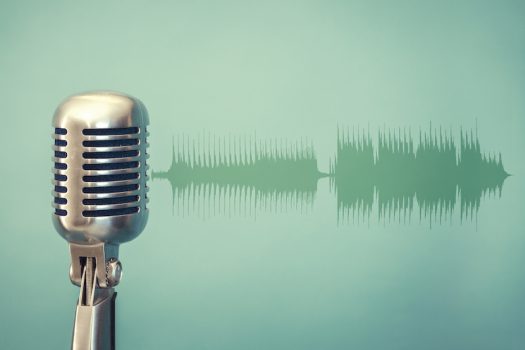 Despite being around 100 years old, audio advertising is proving itself more relevant than ever. In the US, investments in audio advertising are surging, with podcast ad spending predicted to surpass USD$2bn (~£1.68bn) in 2023. Meanwhile, the UK reports 74% of the population tune in to digital radio on a weekly basis, 53% via smart speakers, highlighting the significant user base traditional audio channels have maintained.

To better understand what this surge in audio means for ad tech, we spoke to Tom Coare, head of audio at OMD about the rise of streaming, the end of third-party cookies, and more.

Is the widespread growth in consumption of streaming audio content, tempting brands to divert budgets to audio?

The short answer is yes. Streamed audio and audio generally is a growing space, and advertisers are becoming more interested in playing there. In the last few years, audio has become too big for advertisers to ignore, particularly with the proliferation of connected and voice-activated devices in the home. Coupled with the coronavirus pandemic, this has driven a large platform shift for radio listening, which is still the bulk of what's available in the commercial audio space. The rise in streaming hasn't really affected overall radio listening. Of the billion hours of radio that is consumed every week, now 24% of those are via a connected device and 13% via those smart speakers. That's a huge amount of time that people are spending in this space, and advertisers want to be able to access them there. It's now a very scalable space, and it's comparable to other digital channels.

Advertisers have traditionally seen the digital space as just an extension of their radio campaigns. We'll touch on that in each of these answers in a way, because that has very much coloured how that space has grown up for us, and how advertisers have seen it. The progress that we've seen in the last few years is where people have started to see it as a channel in its own right, as opposed to just an extension of radio.

What impact do you think the deprecation of third party cookies and other identity tools will have on audio marketing and advertising?

While there will naturally be some impact, it's a challenge that has more or less come and gone for audio. Digital audio as a channel or streamed audio wasn't quite there with the scale, content and, frankly, demand from advertisers when it was possible to put all those pieces together.

A lot of audio advertising via radio or digital is still contextual, rather than data-driven. Data certainly helps and knowing how people are moving through the ecosystem is still one of the biggest hurdles that we face. However, it isn't the be all and end all. We can do a lot based on, say, the context and the placement of ads, rather than the data behind them. The proliferation of voice-activated devices will hopefully help with that. If everything is streamed to that one device, that'll give you a lot more data to interact with and use. Perhaps that will help replace some of the stuff that was never really there for us in audio in the first place.

What does campaign management and attribution look like in audio advertising? And do we have the right tech tools in place to make sure that this is robust and meaningful?

Much of the commercial audio space is still driven by radio stations and most advertisers are still looking at digital audio as an extension of that and measuring it through a broadcast lens. Some advertisers are still putting digital audio, which is much more expensive than regular radio, into the same box for ROI analysis. We still have auditors going around town telling clients not to buy into digital audio, because it's so much more expensive than regular radio. But we are trying to change and develop the proof points we need to demonstrate it’s value as a standalone channel.

We are starting to get there with some clients, even if it’s via quite basic but trackable metrics via offer codes or free download. At the moment, we have some tools and they're about as good as they need to be, but they're not as robust as in other channels and they will need to start developing further.

What are some of the data driven elements of audio advertising that have become more sophisticated over the last couple of years, which would help to convince brands of the value of audio?

We always sold audio advertising into brands on the idea that you're having a conversation with a listener who has chosen some content that they really like, and thus are very receptive to a piece of advertising. Over the years, those data points have become more niche, and we can be more and more personalised. Dynamic creative is very important, utilising particular data points in real time, and then pivoting a creative based on them. Voice-activated devices are coming to the fore here. Companies such as Say It Now offer this, whereby you can, at the end of an ad, place a trigger where if someone says “I want to hear more information” then you can ask two or three questions to the person in the room, and they'll respond in real time by request more information, or add something to a shopping basket. We can get more personalised and that plays into the strength of audio, it has always been a personalised channel. The data is all about getting closer to the person and serving them with something that is more meaningful to them.

How do you think the industry is tackling other fundamental challenges in audio advertising, such as fragmentation?

Fragmentation is certainly a big issue, and there are some interesting and unique challenges in terms of how audio content is served to the listener that exacerbates that. Spotify, for example, their competition isn't really another Spotify, it's your record collection. Commercial radio, their competition is really the BBC. Even with podcasts, there are platforms like Apple Podcasts, which are taking a huge swathe of that digital listening away from an area advertisers can access.

However, those things are starting to consolidate a bit. You've got DAX and Octave, which are two big players in the radio market, consolidating all the content from radio stations. Streaming platforms like Spotify now representing a huge amount of different content across the market. You've got companies like Audion who can give you international scale. Now we're dealing with four or five large aggregators of inventory. That's helped enormously.

What industry standards need to be applied to data driven audio? And is the industry doing enough to push this forward?

Standardisation is always very helpful in radio, we have long benefited from one of the most robust and consistent measurement tools that's out there in RAJAR, and while they've done a lot of work with the digital audio industry we still lack a standardised system of measurement that encompasses all the different audio sources and platforms we work with so that we can understand how consumers are moving between those ecosystems.

Developing that will be key to growing advertiser investments in digital audio, and as I alluded to earlier, collaboration between content creators and technology platforms will be needed to make it happen.