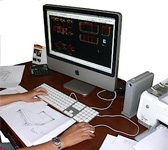 Chip Meyers, ReactX CEO, asks why brands that are willing to take their media-buying in-house are not doing likewise with their creative?

For many major brands, programmatic ad buying is no longer an experiment — it’s part of their long-term marketing strategy. With brands committing themselves to the method, the next step for more and more businesses is to take the development of these campaigns in-house.

Free from reliance on agencies, in-house teams can create campaigns that act and adapt quickly and without roping in a third party. That kind of immediate action is important in such a fast-paced environment as programmatic.

There’s one place, though, where brands are lagging in taking the work in-house: developing ad campaigns specifically for the programmatic marketplace. Here, we still see brands taking extra steps. Commonly, a brand will run a programmatic campaign through a DSP, and buy direct from publishers for their high-impact campaigns. But these days, it’s largely unnecessary to split efforts this way.

The DSPs are increasingly adept at deploying high-impact campaigns via programmatic. The brands don’t always know this, though. This leaves the DSPs in a position of educating their clients about their high-impact capabilities. It shouldn’t be this way. High-impact programmatic campaigns are commonplace, and they should be common knowledge as well.

The way the technology around programmatic has advanced, the greatest barrier to brands developing high-impact campaigns in-house is the lack of knowledge that they can do so.

A key reason why brands haven’t jumped on this train yet is that the technology to make it possible is so new — it didn’t even exist a few years ago. Brands historically hadn’t thought to use programmatic for high-impact campaigns because of programmatic’s standardised ad sizes. A high-impact campaign is supposed to deliver a deep, nuanced and engaging brand experience, and that’s prohibitive when you’re constrained to a little box.

But these limitations are falling away rapidly. The sell side is increasingly doing away with standardised ad units, thanks in no small part to demands from the buy side for greater flexibility. You can see this many premium publishers, where the tiny boxes have disappeared, making way for ad units that support high-impact creative content.

The buy side has developed the technology to deliver those high-impact ads in the programmatic marketplace. We’re seeing fast-growing reach for high-impact campaigns, and these new possibilities in the marketplace are blowing up the creative side in digital.

We just had to layer new technology into it. High-impact campaigns were complicated because they were so manual—brands had to pre-qualify and strike deals with publishers. In programmatic, that process is automated.

The efficiencies in programmatic allow brands to take high-impact ad development in-house, where they can invest money and energy in aligning ad creative for the best branding.

Today, a brand’s capacity to develop high-impact, custom ads is more of a creative issue than a tech issue. As issues go, it’s not even a daunting one. Yes, there is more design work involved, but it’s work that any professional designer can do comfortably. The design tools are the same. The creative for a takeover can be produced in a day by a design team with chops.

Taking the work in-house to create high-impact ads, in conjunction with a brand’s in-house programmatic team, is inexpensive and easy, in relation to the overall scope of a digital campaign.

The benefits for bringing creative in-house for high-impact programmatic campaigns are more than worth the effort, in terms of unified brand messaging and efficient development and deployment. If anything is going to hold up a brand from taking these tasks in-house, it shouldn’t be lack of knowledge that it’s even possible.