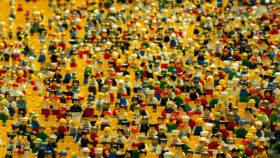 The way in which audiences are profiled and defined across advertising channels stems back from a legacy within traditional media; which allowed advertisers to easily translate their marketing objectives to relevant ad delivery. Stephen Upstone (pictured below), CEO and founder, LoopMe, speaks to ExchangeWire about how these audience definitions are no longer relevant in today’s marketing world, and why opening your mind will make your advertising better.

When agencies send us a brief for a mobile video campaign, it usually outlines the target audience. This can be as vague as ABC1 males or as specific as AB females with children between the age of two months and three years living in the North London area.

These audience profiles are created by brands and media agencies in an attempt to ensure ad tech providers are delivering ads to relevant users, but are these pre-defined audience definitions actually going to help brands reach the people who buy their products; or are they simply an outdated method of targeting? Should we be perpetuating what is, essentially, just a form of stereotyping?

The first issue is the definition of ‘audience’. In digital terms, this will typically be the person who receives the ad, and will be outlined by the brand in terms of age, demographic, gender, area of the country, behaviour, etc. But in reality, a brand’s audience is anyone who buys the product. The problem with the digital definition of audience is that it depends on generalisations and assumptions – and, as we know, people very rarely conform to expectations.

Take, for example, a broadcaster, like Sky or BT Sport, running an advertising campaign to encourage users to subscribe to their latest football package. The audience for the digital campaign would probably be men, 18-55 who have visited football or sports sites. Of course, there will be a huge number of users who fit this profile and will be interested in subscribing. But what about the people who don’t fit, who would still be interested in the product? In the UK, 20% of football match attendees are women, that’s around two million people who wouldn’t be reached by this campaign, because they don’t fit the football fan stereotype, yet would certainly be relevant.

Equally, you could find the perfect impression, a man, age 30, who’s visited a football website three times in the last week. The ad is served, but he’s already committed to a contract with another provider and isn’t able to subscribe, so doesn’t engage. In this scenario, not only are people who should have been targeted missed, but impressions are wasted because the profile of the user was too simplistic to be properly effective.

So, how can brands plan a campaign that will reach the people who are interested in their products? Knowledge is power. The most important thing to do is to create a strong data set around their existing customer base. Many brands, such as Tesco, already own vast amounts of data and are able to build an accurate profile of their consumers.

Once the data has been collated, it should be integrated into the digital campaign and combined with third-party information. Using location data, complex profiles of users can be created, which allow advertisers insights into who their clients are. For example, does a user spend a lot of time travelling one place to another? Are they often in airports? Do they go to supermarkets once a week or several times? This data helps build a comprehensive outline of a user’s behaviour (anonymously) to allow brands to tailor their advertising to the individual, an approach preferred by consumers. 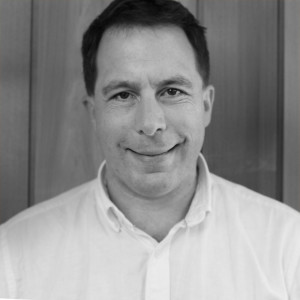 It is also important to consider factors from a campaign point of view, not just from analysing audience data. How long is the advert? In what format is it being run? Does it contain rich media elements? What is the content like? Which campaigns produce the best results, when served in that particular environment, at that time of day?

If your head isn’t spinning after reading the questions above, then I applaud you. But try to implement these findings on an individual impression level – it is impossible for humans to optimise to this extent. Ad ops teams can see larger trends, certain sites performing better than others for example, but they cannot work to this granular level on a real-time basis, no matter how many hours they put in.

To benefit from the sheer quantity of data available, it’s time to turn to the machines. Artificial Intelligence (AI), which is already making waves in the automotive space, is the answer. AI uses algorithms and machine learning to optimise advertising on an impression level. Once an impression has met all the criteria requested by the advertiser (location, for example) information from billions of data points is applied to the campaign, employing predictive analysis to identify which advert the user is most likely to engage with at this point in time. This information is processed in milliseconds to deliver users the ad they would most like to see in that moment.

Often, this is an advert we, as marketers, would not think to serve. Because the advert has been chosen for that specific user, they are less likely to find it irrelevant and more likely to interact. Each campaign should run with a certain number of impressions un-optimised as a control (around 10%) to demonstrate the effect AI has on the campaign results. By implementing artificial intelligence, campaigns can benefit from up to 300% uplift across their KPIs.

Should, despite all technological intervention, the user choose not to engage with the ad – perhaps they are at work and don’t have time to watch an Adidas ad on their phone – machine learning will kick in. The technology will learn that this user does not engage as often with this content at that time of day and try something different next time. By learning from each impression, and becoming more intelligent, campaigns will be more effectively optimised in the future.

As users, we are served dozens of adverts every day; and, as our space becomes increasingly cluttered, it is vital that advertising messages resonate with the user at that exact moment in time, no matter how well they may or may not fit our idea of an audience. By using data and artificial intelligence to identify which adverts users are interested in, rather than making assumptions on their preferences based on age or gender, we can improve the advertising experience for the user and deliver better results for the brand.