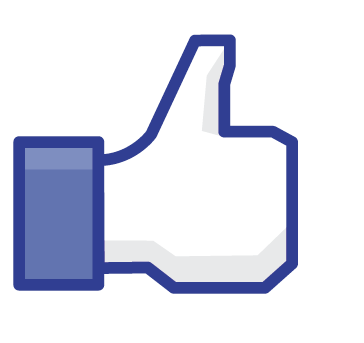 These figures tell us people aren’t using Facebook less as it grows, and develops.

“Our community and business had another good quarter”, said Mark Zuckerberg, Facebook founder and CEO. “We’re particularly pleased with our progress in video as we move towards a world where video is at the heart of all our services.” 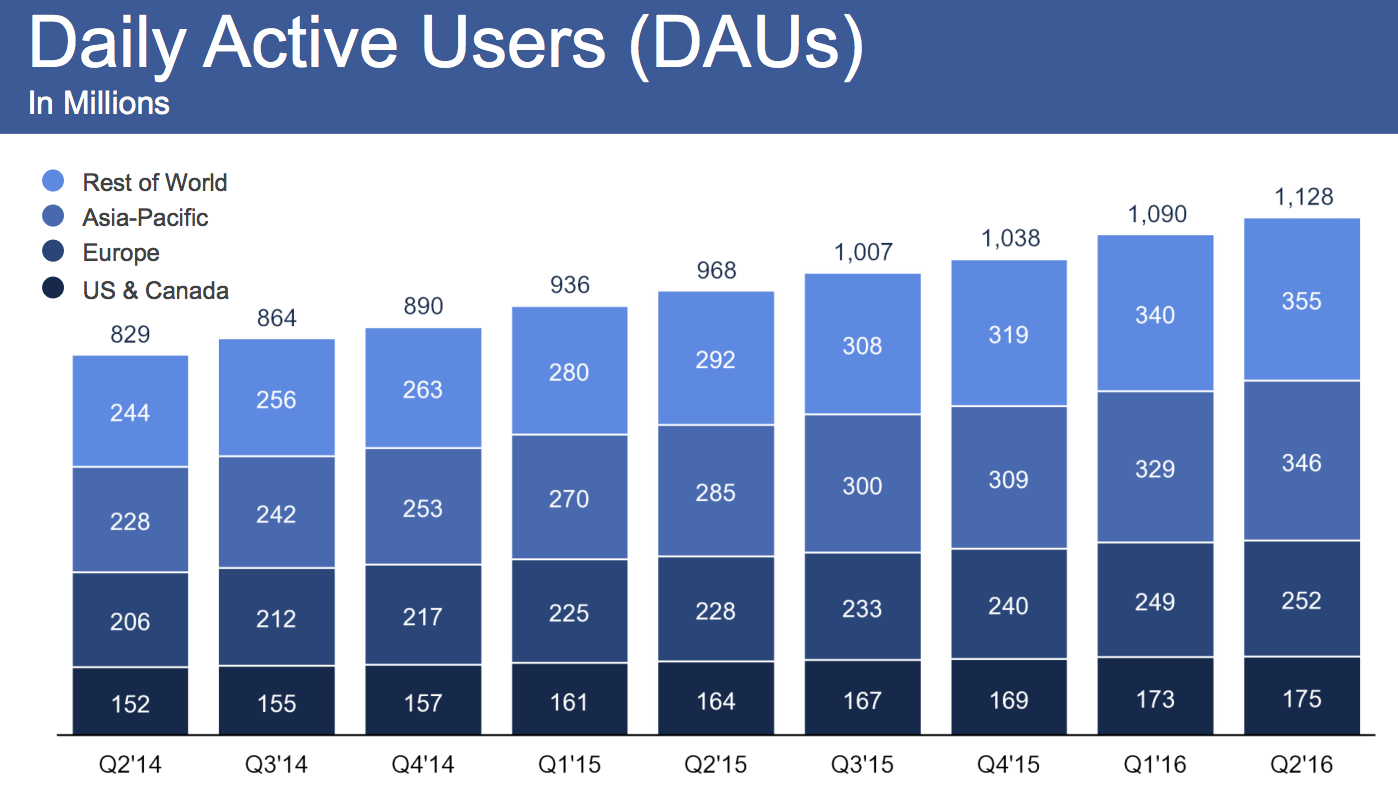 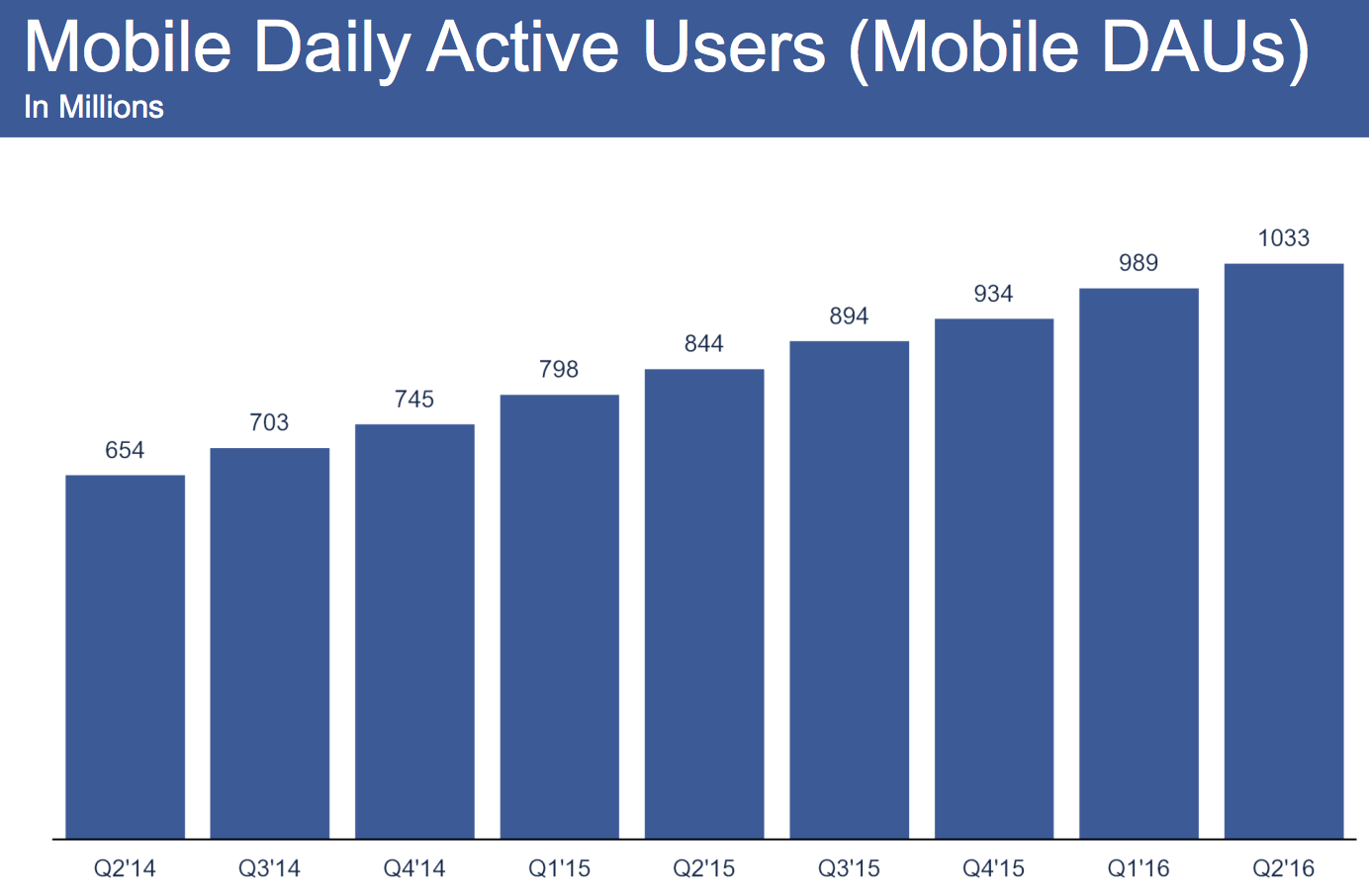 Facebook sees two billion searches per day, up one-third YOY. Zuckerberg said people searching for what others are saying about certain topics is driving growth. This highlights Facebook’s ongoing war with Twitter to win public chatter.

Meanwhile, Instagram reached 500 million users despite initial user resistance to the announcement that an algorithmic feed would start highlighting the most popular posts instead of showing a purely reverse chronological stream.

Should Facebook want to make any other big acquisitions, it can, thanks to a stockpile of USD$23bn (£17.45bn) in cash.

All eyes have been on Snapchat’s progress in the social media network space, wondering whether the platform will gather enough of a following to disrupt the market. What we see is that Snapchat might be ruling daily life-casting, Twitter is winning the first and second screen battle via its livestream deals; however, Facebook remains the core social network and messaging product of the world.

The picture painted by Twitter’s Q2 2016 earnings was not rosy and shows that Twitter still lags behind competitors for advertising spend as revenue growth continues to slow.

The company’s shares plunged 11% after these results, and several Wall Street analysts recommended that investors proceed with caution.

Following Verizon’s USD$5bn (£3.79bn) acquisition of Yahoo earlier this week, and Microsoft’s purchase of LinkedIn in June, there’s speculation that Twitter could be the next takeover target. Potential buyers would benefit from Twitter’s user base, content, engagement and data – the challenge is to do what Twitter have struggled to do: monetise. However, CEO Jack Dorsey has repeatedly said the company would rather grow on its own. 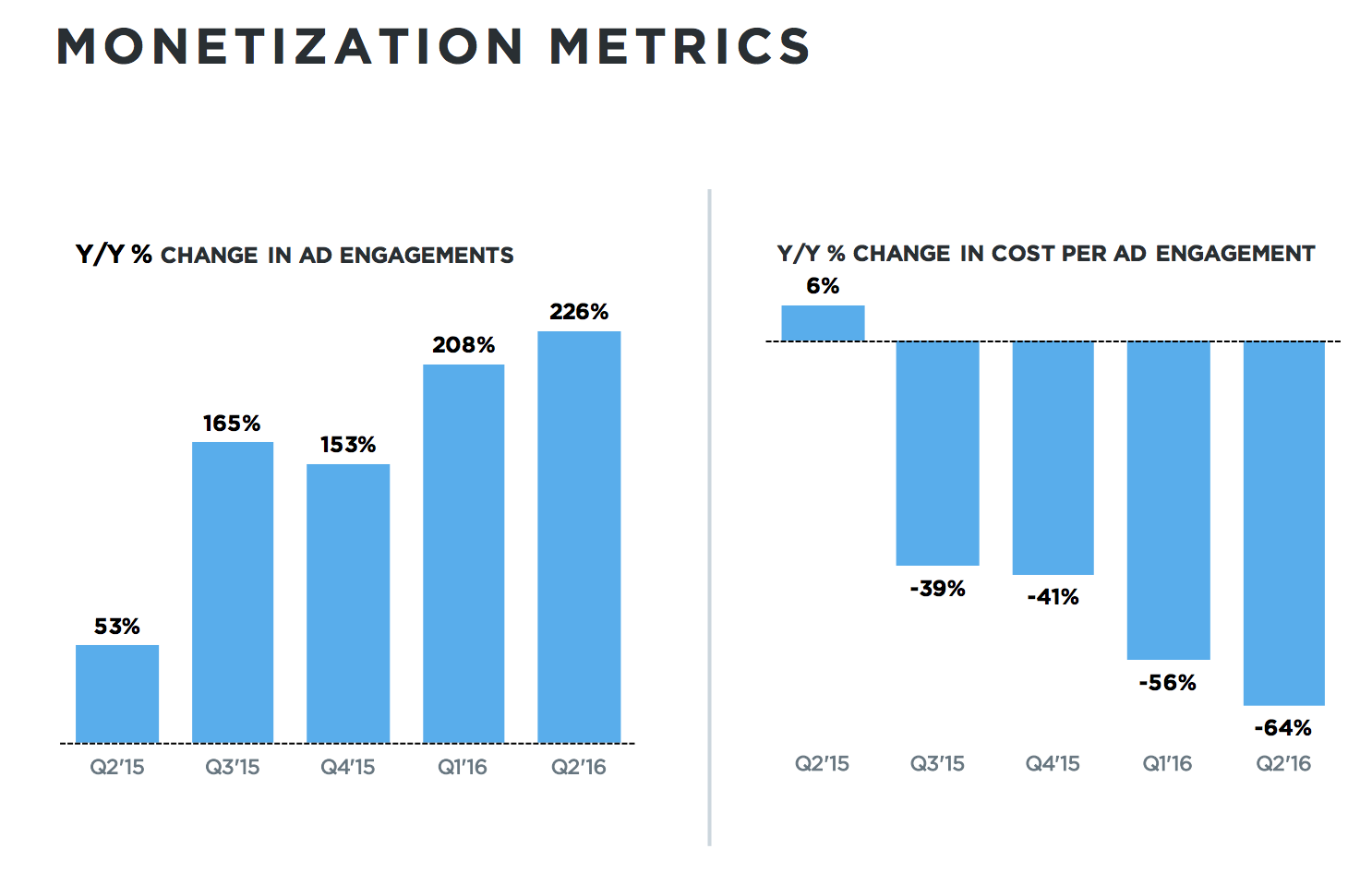 – Average monthly active users (MAUs) were 313 million for the quarter, up 3% year-on-year

“We’ve made a lot of progress on our priorities this quarter”, said Jack Dorsey, Twitter’s CEO. “We are confident in our product roadmap, and we are seeing the direct benefit of our recent product changes in increased engagement and usage. We remain focused on improving our service to make it fast, simple, and easy to use, like the ability to watch live-streaming video events unfold and the commentary around them.”

“This quarter we saw year-on-year and sequential growth in both monthly active and daily active usage”, said Anthony Noto, Twitter’s CFO. “We continue to believe that, with disciplined execution against our priorities, we can drive sustained engagement and audience growth over time. We also have exciting momentum with live-streaming video initiatives underway. We’re partnering with the providers of the world’s most popular live content to bring more and more of those events onto Twitter to provide a unique and compelling consumer experience.” 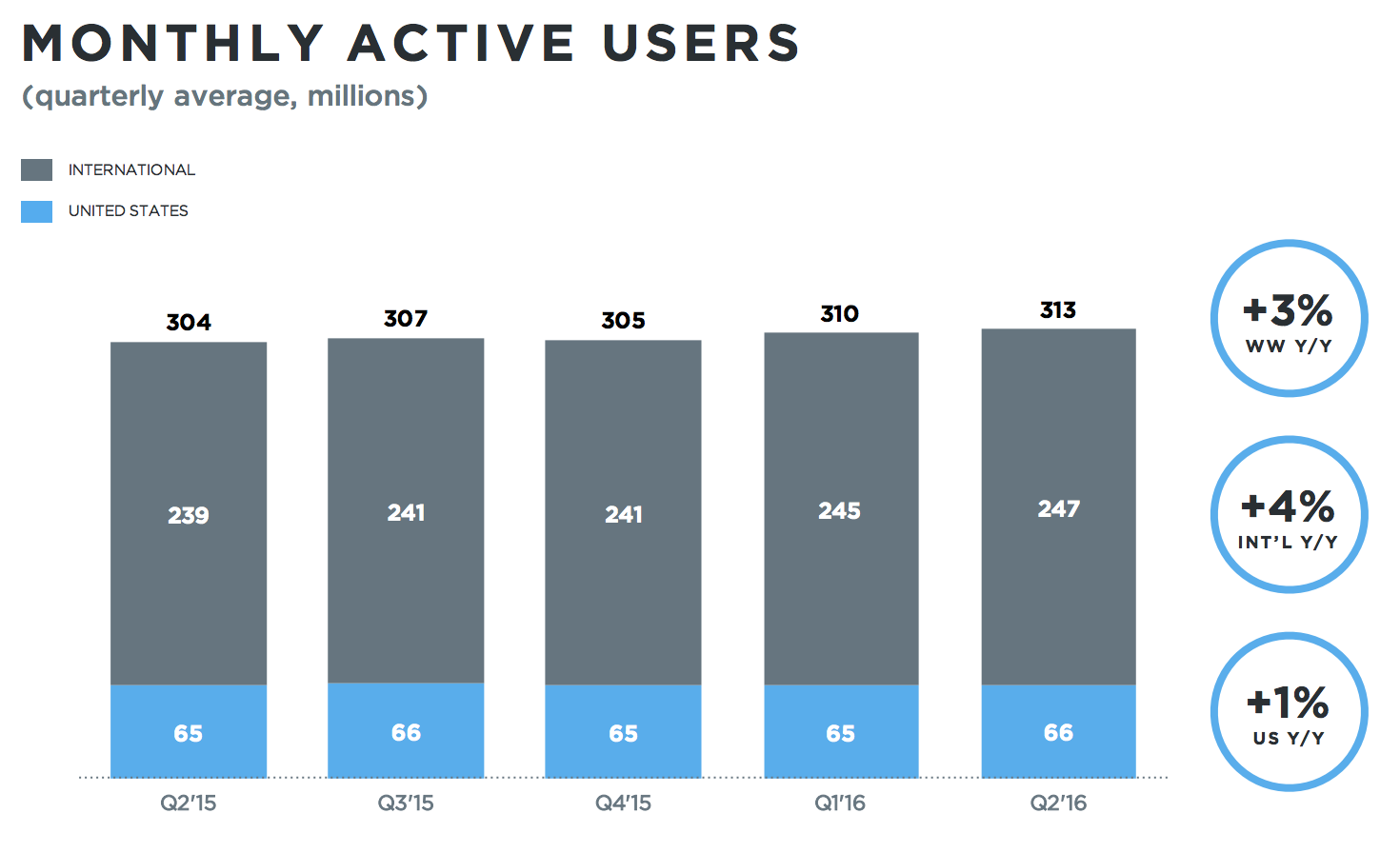