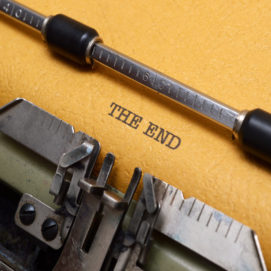 For too long social platforms have sung publishers a siren song: rely on us and we’ll give you immense reach and earn you significant revenues (with only a few minor strings attached). The media industry has spent over a decade lunging from one crisis to another – with fake news and brand safety only the latest and greatest instalments – so that offer has, for many, proved irresistible. Except now the offer is unravelling: publishers find themselves friend-zoned by Facebook’s newsfeed changes, caught out by Apple’s ITP clamp-down on cookies, menaced by Amazon’s expansion into the dwindling display advertising market, and on trial for advertising quality in a courtroom where Google has positioned itself as judge, jury, and executioner. Amidst the doom and gloom, however, there is hope on the horizon. Writing exclusively for ExchangeWire, Alicia Navarro (pictured below), CEO, Skimlinks, explains why innovative new advertising formats, a fresh approach to relating to readers, and an holistic outlook on publisher revenue generation, are all trends that offer publishers a way out of their dependency on social platforms.

Facebook’s decision to turn its back on publishers, cut their reach further, and enforce pay-for-play restrictions on success, looks problematic, especially for publishers that have shaped their entire audience development strategy around Facebook. However, this was a long time coming, as publishers and Facebook have been diverging on their points of interest for a while. Facebook wants people to engage with other people on their platform, publishers want people to leave Facebook to engage with their content on their site and, unsurprisingly, those goals are often in conflict with one another. And, as Facebook has most of the power in this relationship, this conflict of interest leads directly to publishers’ impression-based revenues being hit as traffic originating from Facebook drops.

Facebook isn’t looking to prioritise publisher interests anymore; and without the reach they bring to publishers, the revenue-earning potential of display advertising is directly curtailed. The opportunity in the changes instituted for publishers, is the need to pivot to new advertising formats that have the potential to drive significant revenues without damaging the editorial experience on offer. The newsfeed alterations should inspire a proliferation of new advertising formats that return to the original purpose of advertising: providing a fair value exchange to people in need. The first adverts were directions for travellers, so they’d be able to navigate, and that original mission should inspire publisher’s approach to advertising from here onwards. The emphasis is now on bringing advertising into a new era, where adverts earn revenue by adding to people’s experiences, instead of detracting from them.

Another unintended upshot of the advertising overhaul initiatives, such as Apple’s Intelligent Tracking Prevention (ITP) and legislative changes like GDPR, is the implications for the relationship between publishers and their readers. Success in a new world where advertising depends upon securing consent from readers will fundamentally alter publishers’ conduct and the way they make connections with readers. To avoid readers shutting down advertising efforts altogether, publishers will have to ensure the ads they do run are constructive and complementary to the user’s experience of digesting content, and not intrusive and detracting. It also requires publishers to focus on their own credibility, editorial quality, and the value they are seen to be delivering to readers in exchange for an ad being included as part of the experience. 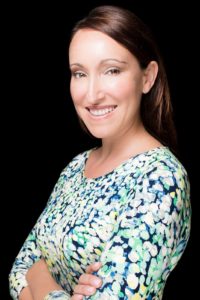 The key to building this meaningful relationship with readers will be engaging in actual honest conversations with them: witness the Guardian‘s success in asking for donations from readers’ in return for quality content generation. Publishers need to educate their readers about how their content-creation efforts are paid for by readers’ attention and data, and to start offering additional options such as subscriptions and donations. And not only should publishers have conversations with readers about their methods of monetisation, but they should also focus on creating content that generates meaningful conversation amongst its readers. As this is the criteria the social platforms will use to decide what content to feature in their feeds, if an article can generate genuine conversation, as opposed to artificial outrage prompted by controversial content, it will receive preferential exposure on social platforms and enable publishers to play platforms at their own game. The new emphasis on explicit data collection in advertising is a challenge; but if the pay-offs from compliance are more trusted relationships with readers and renewed focus on thought-provoking editorial, in the long run publishers only stand to benefit.

Lastly, and most critically, the problems now presented by platforms have led publishers to actively articulate the need for portfolio revenue thinking, where publishers diversify across multiple revenue streams that act in concert with one another to deliver future profitability. Paywalls were one of the first steps in this direction; and they’ve now been augmented by the addition of further streams including events, subscriptions, micropayments, native commerce, affiliate marketing, and more.

Portfolio revenue thinking will be critical to publisher success in the future. It offers far greater security and resilience than current models, with publishers able to experiment with, and discard, revenue streams as their success ebbs and flows, without damaging their overall revenue numbers. Portfolio revenue thinking also offers benefits beyond purely revenue, with revenue streams like events and subscriptions boosting the publisher’s brand and strengthening the relationship with their readers alongside the revenue it brings in. This is not to say social platforms don’t have a role to play in revenue-earning opportunities in the future; but rather that by pursuing alternative revenue opportunities, publishers can reduce their reliance on them and strengthen the relationship and direct earning potential they have with their readers.

Publishers are operating in adverse conditions, facing external crises posed by new privacy legislation and fake news, and platforms whose altered agendas do not include promoting publishers as a priority. What, in the short term, look like problems posed by platforms, will – if responded to swiftly enough – rapidly turn into opportunities for publishers. Forging deeper relationships with readers, overhauling advertising so it actually enhances editorial experiences, and exploring alternative avenues for revenue generation will all serve publishers well in pursuit of a profitable and stable future. Platforms are in the ascendant, but they are not without challenges of their own; and their ascent doesn’t have to come at the expense of publishers if they are responsive enough to turn adversity into opportunity.