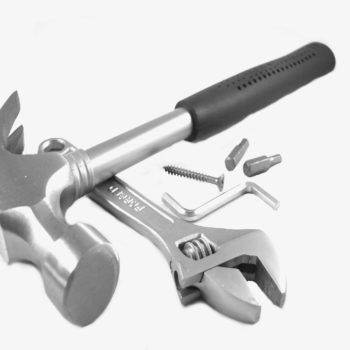 In July 2018, the IAB Tech Lab released the technical specifications of the latest iteration of the OpenRTB protocol, version 3.0, built upon the framework released in September 2017. Previous versions have included major updates to support native, video, audio, and header bidding, to name a few, but OpenRTB 3.0 will represent an evolution of the protocol. Writing for ExchangeWire, Pranay Damji, consultant, The Programmatic Advisory, provides an overview of what OpenRTB 3.0 is and what it aims to achieve.

According to the IAB:“OpenRTB 3.0 is the largest overhaul of the OpenRTB protocol since its inception in 2010. The purpose of this major update is to meet the market’s demand for security, transparency, authentication, and trust in programmatic advertising.”

There are some key areas that OpenRTB 3.0 seeks to address:

The new framework aims to meet the increasing demand for security, transparency, and authentication in the industry, by providing new safeguards that will require each entity in the supply chain, such as publishers and vendors, to sign off and provide an authenticated signature, known as an encrypted ID, to the impressions they touch.

This new initiative is called 'Ads.cert' and will help to fight various types of fraud, such as location fraud, device fraud, and domain spoofing, and allow buyers to see exactly where the inventory they’re buying originated.

Ads.cert is not the same as Ads.txt, released in May 2017, but in fact builds upon the original tool, which enables publishers to declare which sellers are authorised to sell their inventory. While the implementation of Ads.txt was straightforward, Ads.cert can only be implemented if a company has upgraded its tech infrastructure from OpenRTB 2.5 to version 3.0.

The rise of header bidding, which allows publishers to offer inventory to multiple exchanges at the same time before making calls to their ad servers, has led to a huge increase in bid requests, which in turn has put significant strains on programmatic platforms needed to process them.

Many of the variables in these specifications, such as publisher IDs and content categories, are consistent and overlap, which leads to unnecessary duplication. OpenRTB 3.0 will reduce duplication by restructuring the specifications, so that these variables aren’t repeated in the exchange's code, as well as introducing a layered approach. These changes should ultimately reduce the volumes of traffic that cause latency, make bids run faster, and minimise the number of servers needed to process them.

The updated protocol will also provide publishers with greater transparency and control over the creatives that are served on their sites, by allowing them to review the creatives being served and reject them if they do not meet the publisher's criteria, reducing the risk of publisher brand safety being negatively affected.

OpenRTB 3.0 is such a large overhaul that, for it to be successful, it would need adoption from exchanges. The reason for this is that it will require significant restructuring in the underlying code in exchanges to provide encrypted signatures; therefore any organisation looking to implement the new protocol will need to devote significant engineering and developer resource to the restructuring.

When could it go into effect?

In July this year the IAB Technology Laboratory released the tech specifications for the OpenRTB 3.0 Beta. The specifications will have a 60-day public comment period, running through to the end of September 2018. After this period, any feedback and real-world insights gathered from the beta testing will be evaluated and incorporated into the specification, with the aim of having the final specs ready for full industry adoption by the end of the year; meaning OpenRTB 3.0 could go into effect in 2019.

When OpenRTB 2.0 was released in 2012 and set out the framework for mobile programmatic buying, it could never have predicted the rise of header bidding, or the complexity of the current supply chain, and the risks of ad fraud that arise because of it.

If adopted, OpenRTB 3.0 has the potential to address the issues around processing speeds and latency and significantly help in the battle against ad fraud – something that the market desperately needs – and even provide publishers with increased control and transparency, all of which would promote healthy growth for the digital advertising programmatic marketplace.