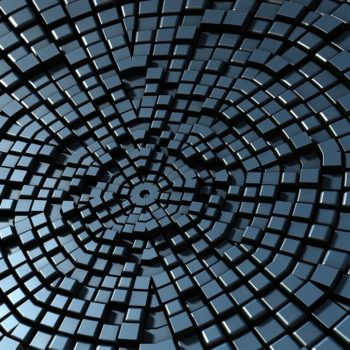 Since the astonishing rise of cryptocurrency Bitcoin over the past decade, ‘blockchain’ has become a huge buzzword in several tech industries, ranging from security to healthcare. However, despite distributed ledger technology (DLT) being billed by some as the future of both payment and data-management systems, its potential applications within the ad tech industry remain unclear.

To that end, on Wednesday 27 March, GroupM released their report into the use of blockchain technologies within digital marketing. Here are some of the key findings in the report, as well as further insight from the author, Jack Smith (pictured below), chief product officer, investment at GroupM.

Some of the major issues present within digital advertising currently, such as user identification, consent and authorisation, and transparency, could potentially be solved by the use of DLT, or at least aided by the modernisation of internal digital processes brought about through the use of blockchain. However, adoption of these technologies is likely to be a slow process, given the current fragmented nature of the programmatic industry and the lack of clarity surrounding DLT.

When to use DLT solutions

Despite much of the hype, the use of DLT solutions is not a miraculous cure-all for all digital industries, and can be expensive, or indeed unnecessary, to implement. Therefore, programmatic providers should perform several checks prior to using DLT, including assessing whether partners amend data, if any third-parties involved in updating data are trusted, and if verification is required. Testing blockchain solutions in pilot projects, prior to full implementation, is also highly recommended. 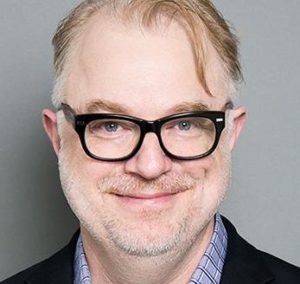 ExchangeWire: What would you say are the major obstacles for blockchain adoption within ad tech?

Jack Smith: I think the biggest one is education. If you think about any new kinds of computing paradigm, which is what blockchain is, the first step is in getting your technologists to think about how that fits in with all the things we do from a technology standpoint and to understand the technological implications. At the same time, you have to figure out what the impact is going to be across the rest of the business, which means that everyone in the business who would pitch in and be impacted needs to understand that space. As an industry, we are still in really early days regarding training our own people.

When adopted correctly, what do you think are the main advantages of using blockchain technologies within the ad-tech ecosystem?

I think the irony is that the benefits we get are actually less to do with the blockchain piece itself, at least at first. It is actually more to do with everyone agreeing on very simple things like data formats and rules for reconciliation, because if you implement a smart contract you need everyone to agree on the parameters of that contract. It requires us to solve problems like data normalisation that we've always kind of punted on. So, because of that, each person in the media ecosystem is dealing with it slightly differently; therefore, it forces us to confront the fact that we need to solve for a common way of describing what we do, the rules around it, and how we store the information about our business.

What steps do you think firms can therefore take to be ready for the adoption of DLT technologies?

I think testing it in very limited-scope trials is the best way to do it. When you do that, you manage the scope down to looking at very specific types of problems you would like to solve and then involve as many different parts of the business in trials as you can, so that you can help those inside those business areas gauge the impact on their individual area. So, for example, in almost all of the testing that we've done, we haven't just involved the technical people, but we've involved people from finance, investment, campaign management, execution, and account management. Because, going back to the initial question on education, we want to understand what are the hurdles to actually educating those teams, while we're learning about the technology and figuring out what its applications are.

As you touched upon the trial periods, how quickly do you expect there to be a broad adoption of DLT technologies? Or is it going to be a decades-long process?

Technology adoption is very difficult to predict. If you use the example of AI being around for a very long time, with growth starting in the 1980s with expert systems used for decision support, but it really took the combination of cheaper ways to store large-scale data sets and the wide distribution of smartphones to get large amounts of data to actually train AI and machine-learning algorithms. So, for example, take the rise of social media, the rise of search with companies like Google trying to index the world's information – without that, we wouldn't have seen the kind of adoption in AI that we would have otherwise.

I think the same is going to be true with any kind of distributed ledger technology, and we'll see it take hold probably in unexpected ways from what we're thinking now. But it's essentially impossible to predict what that adoption cycle will look like. Where companies are able to find value, that's where you see that adoption first, but those companies will make different kinds of mistakes that they will have to unwind later. What will end up happening is that the first wave of companies who adopt the technology really aren't the major beneficiaries of it, usually it's the next wave that comes after that.

At this stage, blockchain is a very new technology to the industry, so it's very much a buzzword that's been talked about within conferences and networking events, but it's not something that's been really understood. What can ad-tech companies do to speed up the adoption cycle?

We think that there are different kinds of applications that that could be beneficial, but we're not assuming that we know all the positives or the negatives of it. So that's why it's really important to actually try the technology and work with it in the business to learn about it. If you go back to Hadoop, a technology that allowed you to store very large sets of data inexpensively and assemble new kinds of reports from it. It came out around the mid 1990s and I remember at the time when we were looking at that technology we went through exactly the same process that we're doing here. It took us really two years to figure out all the different pieces of it. Where are the best applications for it? What do we need to do to our technology infrastructure to integrate it? Where will the value be derived? And also what are the negatives of that?

That was an incredibly fast adoption cycle. We don't assume that every adoption cycle is going to be that quick, but we try and work with all these new technologies in the same way so we can start to see patterns in them. That can maybe give firms an edge over their competitors when they can see something earlier or maybe get something implemented faster.

How feasible is the use of blockchain technologies to support transparency within data sources within the programmatic industry going forward? Or would alternative measures, such as the creation of independent third-party organisations, be more realistic to implement?

Well, in reality, it's going to be a combination of both, because the technology is just a tool that can help you achieve a goal. So if you look at standards bodies like the IAB, they're going to help define what an impression is, but technology such as blockchain or other DLT tag will be able to tell you if what was delivered was actually an impression, and differentiate between the separate types of impression. So, if an impression was delivered: Was it delivered to a robot? Was it delivered at all? Was it a viewable? Blockchain would not be required necessarily to do that, but it can speed up the adoption of certain kinds of metrics, in particular around transparency.

In terms of clients and partners that you've been working with, do you see there to be keen interest in taking up blockchain technologies? Or are they waiting to see if it's going to be a viable solution to use?

Vendors who are selling it are very excited about it, in part due to the hype around the technology, but I think we've seen the hype die down pretty significantly from a client standpoint. However, that means that there's less pressure to do something just for the sake of doing it. So, in this case, just implementing blockchain, rather looking at it and saying: "We think we can apply it here, how would we do that?" And then actually trying it and seeing if the company benefits from using DLT. So anytime where there is hype associated with technology, usually the pressure on different businesses to implement it means that you either make mistakes that you have to fix later, or you don't really see the true benefit of it. So I think the fact that the hype has calmed down is actually a great thing.