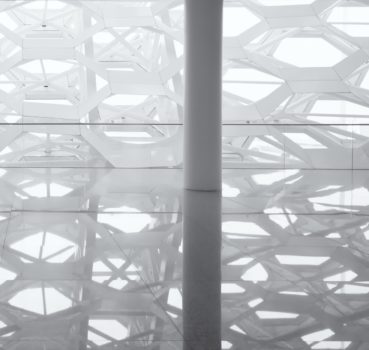 In association with IAB Europe.

Last year was truly a landmark period in the context of data protection and user privacy, with the implementation of GDPR being the headline development. In April 2018 the digital advertising industry, through IAB Europe, launched the Transparency and Consent Framework (TCF) to assist industry participants in complying with the new law.

To further enhance the effectiveness of the framework, its governing body has in the 12 months since launch consulted with regulators and industry stakeholders, and on 25th April, 2019 opened the policy and technical specifications for TCF v2.0 for public comment. The consultation period will last until 25th May, a year to the day since GDPR came into force.

Why was the TCF initially developed?

Since the inception of GDPR, compliance has been a challenging prospect for both small companies and the major platforms, with news stories being released at a regular rate on how consumer data is not being handled correctly. In order to help companies throughout Europe comply with GDPR, the Transparency and Consent Framework (TCF) was launched. The framework offers a series of technical standards, policies, and provider registries, with the aim of ensuring companies involved in digital advertising can meet the transparency and choice requirements of GDPR.

Why was an update required to the initial framework?

Whilst the initial version of the framework was designed to ensure that user data was handled appropriately in the context of digital advertising, IAB Europe recognised that the industry is a fast-moving complex system comprising of a range of stakeholders, namely publishers, advertisers, agencies, tech vendors. Therefore, IAB Europe has spent the last 12 months consulting with the advertising community and Data Protection Authorities (DPAs) to gain feedback on how the framework could be further adapted in order to make it even more effective, for both the ad industry and the consumer. TCF 2.0 is the outcome of that process.

The latest iteration of the framework builds upon the original version in several areas. Firstly, the purposes for data processing have been increased from five to twelve, giving a greater granularity of choice to the user. Greater controls for publishers have also been built in, allowing for example publishers to manage data purposes on a per-vendor basis.

What are the benefits of using TCF v2.0?

TCF v2.0 has been developed to confer a range of benefits for all the constituent parts of the industry, thus promoting the health of the entire ecosystem. As aforementioned, consumers benefit from the TCF through even greater choice of how companies use and share their data through the increase in purposes, thus increasing transparency and choice. Users can now also use the framework to signal their right to object (RTO), which will be transmitted through the advertising supply chain. Previously RTO was handled outside of the framework.

As well as benefiting from more informed users, conferring even greater control to publishers has also been incorporated in TCF v2.0, as a publisher can now customise which vendors it works with, and how such vendors can use and share personal data, also known as ‘publisher restrictions’.

Ensuring controls for both users and publishers are standardised through TCF in turn benefits vendors, as it leads to greater consistency and efficiency in appropriate data management, helping ensure compliance with data protection laws. Furthermore, vendors will also find an inherent advantage in any increase in trust within the advertising ecosystem as consumers and publishers are more likely to consequently engage with their services.

What are the challenges to TCF v2.0 effectiveness?

One of the major concerns with offering standardised approaches on a voluntary basis, as TCF does, is that significant players within the industry, such as Amazon, Google and Facebook, can continue to operate without adopting the exact standards. This somewhat nullifies the effectiveness of the framework, given that user transparency and consent is handled in different ways, leading to a non-standardised means of providing transparency and choice to users and signaling those choices to a publisher’s vendors. However these concerns were alleviated when Google publicly stated their support for TCF v2.0, having consulted with IAB Europe and publishers. Google is likely to announce their integration with v2 of the framework once it is fully released.

As with every new technical policy release, work needs to be done to ensure swift adoption of the standards set out in the framework. However, with major platforms now signalling their intent to adopt the framework, as well as information governing user transparency and consent now being ingrained in the protocols, this should make it simpler for advertising providers across the entire industry to adopt and use the framework.

What are the next steps?

Public comments for the TCF v2.0 will close on the 25th May, the one-year anniversary of the GDPR. All comments will be collated and reviewed by IAB Europe and the TCF Steering Group to help finalise version 2.0 of the TCF. The expected launch is this summer and full guidance and support will be given to all registered CMPs and vendors of the framework.

Once TCF 2.0 is launched, players within the industry should seek to implement its protocols promptly. An advertising industry which caters to the trifecta of consumers, publishers and vendors is what we should all be striving for. Giving the user more information on how their data is managed, and giving them meaningful choice if they are unhappy with how this information is shared, can prove instrumental in restoring trust in the industry. Promoting publisher health by giving them the ability to select vendors, and monitor how these providers use their customer’s data, will boost their brand safety along with ensuring their base is not being unfairly manipulated. Finally a system which aids data compliance, transparency, and trust, will inherently help vendors and allow them to focus on their offering. When so much negativity is bandied about the industry, a win on all fronts is one that should be embraced.

IAB Europe is the European-level association for the digital marketing and advertising ecosystem. Through its membership of media, technology and marketing companies and national IABs, its mission is to lead political representation and promote indus...
More about IAB Europe »
Powered by PressBox