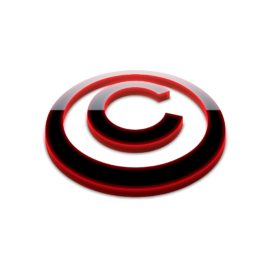 In this exclusive article for ExchangeWire, Peter Szyszko (pictured below), CEO and founder of White Bullet Solutions Limited, discusses why perceptions on IP need to be shifted in response to the danger it risks to brand marketers, ad tech providers, and the user.

Film fans might remember a famously queasy scene in the 1980 version of Flash Gordon where our hero takes turns with Prince Barin, heir to the throne of Mongo, to plunge an arm through a dark hole in a tree stump, inside which something called a wood beast lurks. “Death is certain,” says Timothy Dalton’s Barin, when Flash pretends to have been bitten by the invisible creature, “But only after tortured madness.”

We might not feel like we’re taking a similar risk when we grab a sneaky torrent of the last season of Game of Thrones, or stream a free Liverpool game from a Middle Eastern satellite service – and it is true that the stakes aren’t usually quite as high as madness and death.

All the same, when we go groping blindly around among the web’s IP-infringing websites, we shouldn’t be surprised when we get our fingers nipped.

The distribution of illegal digital content has been a commonplace on the web ever since the advent of P2P music services in the late-1990s. But more than two decades on, no-one should assume that those who distribute such material are doing it just to entertain the rest of us. 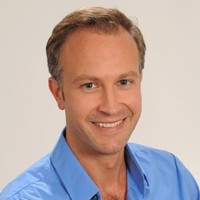 Content piracy is big business, and plenty of its revenues come from the sting in the tail. IP-infringing sites earn an estimated USD$70m (£54m) a year from malware installation alone, to say nothing of the proceeds from related identity theft schemes, ransomware attacks, and other scams.

A 2016 report commissioned by the European Union Intellectual Property Office found that over half (51%) of advertisements present on pirate websites contained malware. Much of this is distributed through “drive-by downloads” that invisibly download to the user’s computer without any need to click on a link. Mobile devices, too, are increasingly prone to malware attacks.

The typical moral defence for consumers of illicit online content has always been that these are virtually victimless crimes perpetrated against those who can afford it. EUIPO research in 2017, for instance, found that only 5% of Europeans believed IP protection benefits consumers, while between 40% and 49% of those in all age groups saw large companies and famous artists as the main beneficiaries.

But the fact is that, where online piracy is concerned, the true victims are very often the consumers themselves, and the perils of malware picked up through fishy websites and apps are numerous and colourful. Ransomware, once downloaded, can lock computers or sadistically delete files one by one until a sum is paid. Private details, passwords and whole identities can be spirited around the world in seconds, and terrifying amounts of data stolen from our hard drives without permission.

Stinging consumers directly isn’t the only business model available to content-infringing sites. Oblivious advertisers, too, play a vital role in this pirate ecosystem, their ads served up automatically to high-traffic sites by intermediary advertising networks, putting unwitting brands in a position where they are funding and rewarding IP fraud, malware attacks and any number of related criminal enterprises.

For all sorts of reasons, it is surprisingly hard to reach consumers with the truth of the risks they are taking by straying into the web’s shadier corners. But image-conscious brands can’t afford to be so blind. Advertising around hijacked content, in the midst of malware and criminal activity, is both lethal and highly avoidable, given the protections available to advertisers from available services, which offer a wide range of protections, including watch-lists of infringing domains and notifications when a brand appears on high-risk sites and apps.

It is the obligation of every brand to be alert to where its media agencies are placing its ads, and to take steps to avoid unsafe and fraudulent domains. Some suggest that those responsible for IP infringement may well be using their activities to fund other, more sinister crime such as people-trafficking or even terrorism. While such links are hard to prove, there is no doubt that professional, large-scale IP theft, whether of digital content or trademarked designs, is a well-funded branch of organised crime.

Part of the challenge for those seeking to safeguard intellectual property in the name of consumers, rights-owners, and brands, is to shift perceptions about the underlying blamelessness of IP infringement.

We should all set aside notions of enterprising hackers streaming the football to us for free just to strike a cheeky blow against big business. The picture that emerges instead, that brands and punters are helping to fuel a global gangster economy, is an unappetising one.

Perhaps 2020 will be the year in which the advertising industry, the authorities and consumers themselves will turn the tide against such infringements – if not for content creators’ sake, then at least for all our own.

Founded in 2012 by a leadership team of experienced intellectual property lawyers from the media and advertising industries, White Bullet offers companies IP risk protection, brand safety and full transparency on their advertising placement and digit…
More about White Bullet »
Powered by WireDex