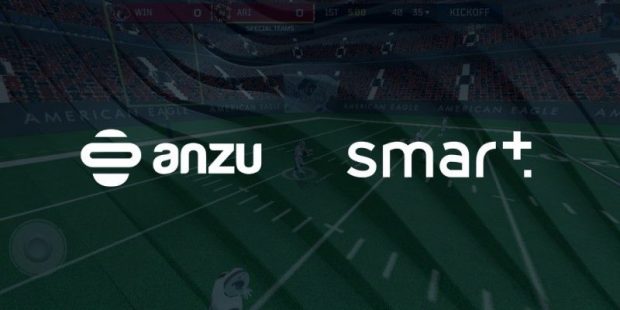 Smart, the leading independent ad tech platform, and Anzu, the world's most advanced in-game advertising solution, have announced their partnership and integration.

Through this partnership, Anzu will have access to Smart’s complete range of SSP capabilities, and advertisers and demand partners working with Smart will be granted direct access to premium in-game inventory across mobile, PC, and console platforms.

The number of gamers has skyrocketed over the last few years, now totaling 3.1 billion. Advertisers have come to see gaming as an effective platform for connecting with a diverse, largely untapped audience that tends to be more receptive to in-game advertising due to its non-disruptive format. In fact, according to new research by Anzu, 70% of UK gamers are positive or neutral towards in-game advertising.

With the explosive growth of the gaming market, Smart has put significant effort into providing this inventory to their demand partners. Advertisers can now place their banner and video ads inside titles from leading gaming companies working with Anzu, including Amanotes, Ubisoft, and Saber Interactive. Smart is one of the highest performing SSPs within Anzu's open market activity. In addition to the OpenRTB integration, brands can strike PMP (private marketplace) programmatic deals to reach the most relevant audience for their campaign strategies.

Yaniv Rozencweig, Anzu's VP programmatic, said, “We are thrilled to work with Smart, as it is a well-established and highly respected ad tech platform that is a partner to many established advertisers and demand-side players.

“Anzu has set high standards for the in-game advertising ecosystem it maintains. That approach closely aligns with Smart's ethos of creating a highly efficient and transparent environment that brings advertisers and publishers closer together, and enhances the value chain. Smart recognises the value that we bring, and, together, we will enable their advertisers to reach the highly coveted gaming audience.”

Lionel Bensoussan, EVP North America at Smart, commented, “As the growth of premium in-game inventory has given rise to more opportunities for advertisers to reach engaged and qualified audiences at scale, we’re thrilled to welcome Anzu among our SSP clients for all its formats, including video.

Anzu's average viewability rates for Q4 2021 were 88% for banner and 96% for video, numbers which Comscore independently verifies. The in-game ad tech company has partnered with HUMAN, using its pre-bid and post-bid solutions to verify traffic. HUMAN reports that Anzu's invalid traffic (IVT) score is 0.16% for mobile and 0.47% for PC, rates much lower than other advertising channels.

Anzu, recently named Best Tech Platform at the 2021 Drum Awards, views Smart as a trusted strategic partner to scale its activity with. Advertisers working with Smart will be able to see great success from their in-game campaigns powered by Anzu’s solution. For example, Vodafone's in-game ad campaign resulted in an impressive 176% lift in campaign awareness. 7-Eleven also partnered with Anzu, placing video and banner ads into games popular with their target market.