Anne Peiré heads up the team growing Adap.tv's presence in France, Belgium, the Netherlands and South America.  She is responsible for helping trading desks build and grow their business and connecting new inventory sources.

Prior to joining Adap.tv, she worked in the Paris office of RTL Group, where she was International Sales Manager.

During his early career, Vincent worked as a pioneer in the B2B marketplace as VP of Sales in 2002 for Hubwoo.com (listed on the NYSE-Euronext).

In 2004, Vincent launched a consulting services company, Clear Value, which became a leader in the CRM area and was sold to SQLI in 2007.

Following this, Vincent started Nextperformance in 2008 with a simple idea: bringing intelligence to display via technology. Vincent raised 16M€ in 2011 for Nextperformance, based on phenomenal company growth. Nextperformance is now strongly deployed in France, Germany and Brazil, and operates in 10 other global markets.

Gardes joined the company from WPP-owned 24/7 Real Media where he spent two years working with publishers and ad sales houses.  He managed the French ad serving business unit and served as Co-President of TASC, The Ad Serving Club, in France.

Prior to that Gardes worked at ValueClick Media as Head of Operations and Publishers where he defined the company’s strategy for online display advertising formats including CPM, CPC, retargeting and behavioural targeting.

He spent five years before that at online performance advertising network, MIVA joining as Head of Business Development and working his way up to Joint Managing Director with clients including Voyages SNCF, Le Monde, Libération, Caradisiac, Doctissimo, Eurosport.

David is Country Manager for Southern Europe at AppNexus, which offers the industry's most powerful, open and customizable ad technology platform.

Prior to AppNexus, he was Co-founder and Partner at Triana Group, a New York based business incubator and consulting firm dedicated to the North American expansion of European technology companies.

David was also a founding member of FACE, a unique forum for the most prominent European and American entrepreneurs to meet and interact.

A graduate from Ecole Polytechnique in France, David also holds a Masters in Finance from Columbia University in the City of New York.

Prior to joining eXelate, Alain introduced display behavioral targeting to France in 2006 as Managing Director of Wunderloop, a technology company acquired by Audience Science.

Alain was also a pioneer in the search sponsored link business serving as Managing Director for Espotting France and then Miva Europe. Alain is the co-author of “Marketing Comportemental,” published by Hachette/Dunod.

Before joining the digital space in 2001 Alain managed large computer services companies in Europe for 12 years (Eurosystems, 4FrontTechnologies and NCR).

Vihan Sharma started his career with LuckySurf.com with responsibility for media interactive advertising across Europe, before moving onto LSF Network as a Business Development Director for interactive direct marketing in France.

In 2005 Vihan joined Ciao Surveys as a Panel Development Manager before joining Acxiom in September 2009 where he has to date focused on Product Management, and more latterly Partnership Development. Vihan Sharma is Market Leader at Acxiom France.

Vihan possesses considerable experience within the Data driven advertising environment. Acxiom is an enterprise data, analytics and software as a service company.

Eric was appointed to the position of Managing Director in March this year, to head up the French office of Rocket Fuel.

With nearly 20 years of experience in the online industry, Eric has worked in business development roles throughout Europe and within several U.S. companies who are leaders in their fields, including CNN, Videology, and Specific Media.

Fabien Magalon has over ten years’ experience in online advertising and began his career in 2001 as Media Buyer for the UK subsidiary of the US advertising company Advertising.com. He worked from London on the creation and expansion of the French subsidiary in 2002.

In November 2003 he was promoted to Media Director for Advertising.com France, based in Paris. He joined TradeDoubler France in August 2006 as Director of the Publisher Unit tasked with strengthening and developing the network of publisher partners. A year later, he was named Operations Director, France, Germany, Italy, Spain and the Netherlands, for the DRIVEpm advertising network (now part of Microsoft Media Network).

In 2008 he took over as head of the EMEA Region for the Microsoft Media Network business unit. Since 2010, Fabien was Publisher Development Director at Rubicon Project in France.

Shane joined IPONWEB in January 2011 to lead the continued growth of the business in Europe and provide strategic management for existing customers in the region.

Prior to IPONWEB, Shane led SEM platform sales at Google for Northern and Central Europe and before that managed sales of publisher and advertiser ad-serving platforms.

With an earlier career as lead technical consultant for Doubleclick's ad-serving products, Shane has a wealth of experience on both the buy and sell side.

Jérôme Grateau, as Managing Director, Partner Business Solutions SEEMEA, is in charge of the strategic partnerships for Google monetization and Adserving solutions in Southern and Eastern Europe, Middle-East and Africa.

Jérôme joined Google in 2007 in London to develop across Europe a reseller based distribution channel for Adwords targeting SMEs. He then moved to Paris to lead the DoubleClick Operations for SEEMEA.

Prior to this, Jerome was Sales Director at AOL France and he spent some years serving Telco’s and Media Groups C-suite within McKinsey.

Vincent TESSIER worked in the media industry since 2002, before embracing digital in 2008 by joining AOL France as Account director in charge of Travel and entertainment verticals. In the direct advertiser’s team, he worked on both branding campaign on AOL portal and websites such as eBay, SeLoger but also performance through Advertising.com.

In 2010, he joined Cellfish Media, the mobile content leader, in charge of affiliation and search marketing acquisition efforts.
In 2013, he opened the Trademob French office, the leading app marketing platform offering tracking and optimization across more than 230 mobile adnetworks.

Vincent graduated from ISC Paris and from MBA MCI in 2012 where he published a professional thesis on mobile marketing. He is also the founder of a blog : marketingmobile.co.

He is now Head of Mobile at LaPlaceMedia, the leading premium adexchange in France.

Alexis has been CEO of Audience Square since July 2012. Audience Square is the largest French news and media marketplace with a unique approach to RTB trading, through their qualified first party database.

Alexis has twelve years of experience in the European digital advertising industry, starting his career in 2002 as a sales manager at La Tribune, the French economic newspaper. In 2003, he joined Hi-Media, a European leader in digital audience monetization, as Sales Manager. Following Hi-Media’s 2009 acquisition of Adlink, ALexis was named Managing Director for Hi-Media France.

Bichoï joined Dailymotion in 2009, after obtaining a Master in Computer Science. Having understood the challenges facing data and inventory on video, Bichoï is now leading the Dailymotion Exchange project that will enables buyers to buy Dailymotion video inventory and its first party data across all platforms using RTB.

Jean-Baptiste Rouet joined Publicis Groupe in 2000 as Consultant and Director of Commercial Zed where he actively participated in the building of ZenithOptimedia Digital.

In January 2006 he joined Starcom France to build their digital agency offering. In 2011, the agency showed the highest rate of digital income from all networks and a digital approach based on three strategic areas; TV-Web media, distribution of brand content and social media and networks.

In June 2011, Jean-Baptiste became CEO of VivaKi Nerve Center in France. He is in charge of the deployment of products and services including programmatic buying, Audience On Demand (AOD), and trading desk solutions.

In December, 2012 SpotXchange appointed Sophie Davidas as Directeur Business Development, France.  Based in Paris, she provides publishers in the region with the controls and insight needed to capitalize on the shift towards the programmatic trading of video using the market-leading platform solution from SpotXchange.

Sophie founded the Content Management Software Editor EXP Technology in 1999 and Mediatid in 1996.  She has an MBA from INSEAD, and a BSc in Computer Engineering from Technion in Israel and enjoys script-writing in her free time.

Zuzanna Gierlinska joined BlueKai to lead the first step in global expansion. As Managing Director UK she is responsible for European sales and operations efforts across both the BlueKai Audience Data Marketplace and Data Management Platform.

Prior to this Zuzanna was Director of Scale Display EMEA overseeing sales, marketing and product development, with her team acting as a pivotal point of feedback between marketers and Microsoft’s business divisions. She has also held positions at aQuantive, Yahoo, and AOL.

With more than 10 years of experience in online media in France, Frederic brings a catalogue of knowledge within media buying & selling and business development.

Frederic began his career in 2000 at ValueClick, and joins PubMatic after seven years at TradeDoubler, where he acted as Market Unit Leader, France. Frederic is an active member across online media associations, having been an active board member of the IAB France and IAB Europe, from 2010 – 2012.

Martin Kelly started his career as a press planner and buyer at Zenith Media before becoming a founding member of Zenith Interactive Solutions in 1999.

Prior to founding Infectious Media, Martin was Board Media Director of Agency Republic, an Omnicom agency, and was voted as one of the UK's top digital media planners in a survey by Campaign Magazine.

Gareth Davies is an adTech entrepreneur and commercial leader with proven experience developing and commercializing cutting-edge enterprise technology solutions for some of the world’s largest advertisers and agencies.

Having experienced first hand from his time at Google, DoubleClick and Somo, how hard it is for advertisers to effectively reach consumers as they shift away from desktop, he founded Adbrain, a real-time multi-screen advertising platform to help buyers leverage technology and data to deliver results in mobile and multi-screen advertising.

Sebastien is Affiperf's global COO, and currently oversee's programmatic operations for the 12 different local offices. He also heads up the Affiperf Factory - a dedicated team based in Paris handling campaigns in remaining regions.

Sebastien joined Affiperf in 2010, as the company's first employee, and since then has actively participated in the growth and expansion of the Affiperf footprint globally.

Sebastien started his career in Sports marketing with ISL, before joining the digital advertising industry 14 years ago for Numeriland, a leading French sales house. Following that, he held senior roles within various parts of the industry including working with Carat, for MIVA and also for a major European Ad Network.

Anne joined Videology Group in June 2012, as Managing Director for Southern Europe. Following  the successful launch of the French, Spanish and Italian markets, Anne was promoted to Managing Director EMEA in October 2013.

Anne de Kerckhove has been leading key start-ups and companies in the media, advertising and entertainment space since 2000. Prior to Videology, Anne was a board member and investor in Metail, the on-line fitting room, as well as the Director of the Entertainment Division at Reed Elsevier and ran its B2B activities including midem, miptv and mipcom.

From 2003 to 2009, Anne was International Managing Director and Chief Operating Officer at Inspired Gaming Group, the leading cloud computing and server based gaming company in Europe. In 2000, she founded 12snap UK, Europe's first mobile marketing agency.

Thibaut is the Co-Founder and COO of 1000mercis, and the CEO of Ocito, 1000mercis's mobile marketing agency.

Thibaut graduated from EM Lyon (France), got his PHD equivalent ("DEA Marketing and Strategy") at Dauphine University (Paris) and received his MBA at the Texas University in Austin. Previously in charge of Customer Data mining and Relationship Marketing at Air France he carried out research in Dauphine’s marketing research center.

As an expert in interactive and quantitative marketing, he is the author of several publications about digital CRM. 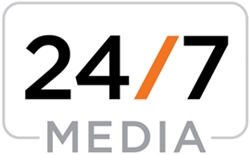