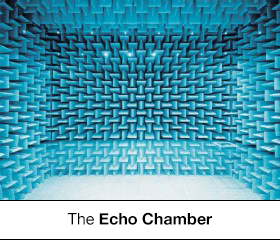 This is not a prediction piece. It is not even a listicle of half-baked predictions – cleverly disguised as a post – based on either some patchy M&A conversations I overheard in a bar, or my 'expert' insight.

I am not going to tell you who will acquire whom because, like everyone else in this space, I have no idea. There are enough of those speculative pieces floating around, popping up on the trade sites and clogging up my LinkedIn newsfeed.

No, this is going to be a positive piece about the state of our industry – a story of hope and opportunity.

You might ask if I have gone soft. Not likely. Industry insiders, trade publications and uninformed outside observers have spent the past twelve months thrashing our industry. Data-driven advertising, programmatic, and ad tech have all come in for some serious criticism. The negativity in this space is so thick you could almost choke on it.

So, I've decided to write an end-of-year piece, outlining why ad tech is in great shape and the opportunity has never been bigger.

To help me support my 'sunny' positioning, I think it would be useful to tear apart the biggest perceived existential threats to ad tech this year.

The four subjects that have garnered endless navel-gazing in 2015 (and will continue in 2016) are the following: 1) ad blocking; 2) ad fraud 3) European data laws; and 4) the perennial business model question.

Ad Blocking – A Problem That Will Be Resolved

I wonder if it's possible to count the amount of ad blocking pieces that have been written this year. It is not hard to see why it has been so popular. Last month there was 650K searches for the keyword 'ad blocker'. That's a lot of traffic. And it continues to be the ultimate 'end of days' subject for digital advertising.

You kind of stop listening after a while because the conversations are based on assumptions, not fact. If you were to believe Business Insider, CMO Today, and the 'Donald Trump of ad tech', Roi Carthy, you'd already be planning your career change for 2016 (maybe plumbing or a teaching career?).

Let's be honest here: we as an industry have sacrificed user experience in favour of pushing yield to an unacceptable limit.

Who can blame people for using ad blockers? Some of the garbage advertising, malware and insidious targeting is out of control. Mobile has become the biggest area of contention – you can understand why cash-starved punters would want to restrict data-heavy advertising.

Despite their shameless racketeering models, ad blockers are actually helping ad tech to evolve beyond the bad practices that plague the ecosystem; and highlight the importance of the trade-off between advertising and content.

Reasons For Digital Advertising to Be Cheerful About Ad Blocking:

– The smartest people in our industry are working on models to combat bad practices and the threat of ad blocking. I certainly wouldn't bet against Ben Barokas and Rob Leathern, two leaders in the space helping publishers to build solutions to tackle the problem.

– The potential birth of a new model where users and content creators engage in grown-up conversations about the economics of content creation (whether that is a micropayment solution or ads for content).

– Less and better advertising: a win for the user and counter-intuitively, publisher yield.

– Restricting ads on a page will make publishers push against shortsighted trading deals and embrace the open auction.

– We will see the eventual disintermediation of the ad blocker racketeering model.

Ad Fraud – The Great Clean Out

The fact that billions of dollars/pounds/euros have been defrauded from advertisers over the past few years is pretty shameful stuff, and a stain on this industry. It was the worst kept secret that the liquidity on display and video ad exchanges was essentially fraud. But this seems to be getting cleaned out, and most of the responsible vendors have smartened up their act. It has taken too long, but the industry now has a cleaner environment.

Reasons to be cheerful about ad fraud:

– the clean-up of supply;

– with fraud on the wane, programmatic budgets will grow; and

– you know the industry is doing something right when you see dodgy Israeli ad nets being turned away en masse by vendors at dmexco. Fake liquidity just isn't the game anymore.

European Data Laws – The Coming of Age For Prospecting

Reasons you'll grow to love the new European data law (once it is ratified):

– It will mark the end of pointless bottom-of-the-funnel targeting.

– Vendors will focus more on prospecting based on look-a-like modelling of clients' first-party data. Display was never about retargeting; it was always about top-of-the-funnel. It still remains to be seen whether this falls into the 'secondary uses' of personal data category.

– Outside of Google and Facebook, retargeting will be next to impossible: prospecting will be the huge growth area for the industry.

– New business models will pop up to manage a user's consent that will not only provide a basis for data-driven marketing in the EU, but also act as a currency to access web-based content.

– This legislation is two years off, so more of the same until then.

– No more stalking advertising, unless of course you have EXPLICITLY opted-in.

Some ad tech companies laid off people this year. Some say it was a reordering around specific models – or maybe it was a cost-cutting measure to keep these VC-backed businesses viable until a liquidity event can happen for investors. Whatever the rationale, it is clear that ad tech is wrestling with a sustainable business model that will work in this industry.

In the face of the strength of the rebate industry complex, SaaS will never work in media. Agencies need kickbacks to survive. That is a fact. So, with the principal buyer of media and tech in the space not prepared to pay a lot of recurring licence fees, what is a vendor to do?

It is just a fact of life that, in order to survive, ad tech will always have to take a position in media, whether on a volume or performance basis. SaaS looks to be something that will only work in pure marketing technology. Marketers will pay licences – agencies won't. Goodbye SaaS.

– IOs are going nowhere. As long as you have unique value (that differs from FB and Google) and can pay the 'media tax' IOs will come your way. Don't raise too much capital to service agencies, as buyers are limited for managed service.

– In an age of automation, tech, and data, there is going to be room for a service layer. Expect publishers and marketers to reach out to specialists to pull the levers and make sense of the new tech ecosystem. We don't really need any more bidders and ad servers – we need people and firms to execute.

– Outside of media, there are opportunities for lean tech solutions to service the requirements of marketers. These will be small operations (mostly developers and a handful of sales people) offering licence-only businesses built on open martech platforms.

– There will be greenfield areas of digital media that agencies will need help with, so budget will always be available to differentiated vendors.

Sure, there is going to be disruption in 2016 – but then that has been going on since the first ad was served on the internet. Advertising technology (search, display, affiliate, mobile, video, social) is the monetisation engine of the web.

The current set of calamities (and they are extensive) are not really an existential crisis for ad tech; it's more the daily drama we've always had to deal with. The trades and the hysterical industry insiders need to rein the rhetoric in a little, because it is getting a bit boring. Ad tech is in rude health. It has proven in the past that it can evolve, and it will doubtless do so again.

Despite the perceived threats to the industry, I am looking forward to the year ahead with great anticipation – and so should you.