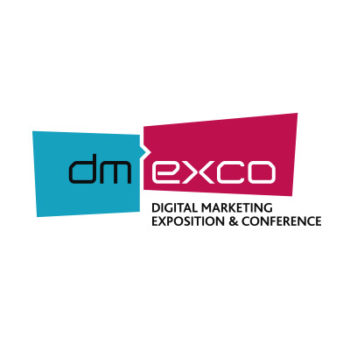 dmexco has quickly established itself as Europe’s premier ad tech event, with the 2016 edition welcoming 50,000 delegates and over 1000 exhibitors listen to A-listers from the world of marketing, including Sir Martin Sorrell and Twitter founder Jack Dorsey, talking about the wonders of the future of advertising technology. Writing exclusively for ExchangeWire, Richard Nunn (pictured below), Chief Revenue Officer, RhythmOne gives his take on the conference which is a celebration of ad tech.

If there was an over-arching theme to this year’s conference, it was about an element of digital marketing that has been neglected for too long: the human factor. Off the stage, the notion that Facebook and Google manage around 75% of digital ad spend globally, meant the other 998 exhibitors were exploring what piece of the pie they might get.

dmexco 2016 didn’t leave us short of answers on how to improve the relationship between consumers and brands online. Here we’ll look at some of the key talking points from the show.

All about ad blocking

Ad blocking is one of the biggest threats facing the digital marketing industry, and this issue raised its head at dmexco again as Google and AppNexus both announced that they were withdrawing their support of Adblock Plus.

This year’s show was notable for the attendance of AdBlock Plus maker Eyeo GmbH, which launched its controversial Acceptable Ads programme at dmexco – including hiring actors in “monster” masks to tour the show as representations of “out-of-control” ads.

It’s fair to say that Eyeo GmbH weren’t the most popular attendees at the show, but they raise an important point for the industry – how to re-balance the exchange between brands, content and audience. It’s not a case of banning ad blockers, but rather about providing greater transparency and choice in the free content value exchange. Marketers should take the learning from dmexco that the hype around blocking doesn’t need to be negative.

Pressing on with programmatic

dmexco has long evolved from its early days as a specialist conference devoted to programmatic advertising, but it still forms an important part of the agenda. eMarketer predicts programmatic is expected to account for 70% of the UK digital display market this year – a figure the industry cannot ignore. But what we were once again reminded of at dmexco is that the balance between data and creativity is paramount. Data is essential for ensuring the right content reaches the right people, on the right device, at the right time, but creativity is required to make it engaging in the first place. The fusion of machine and human is still critical. 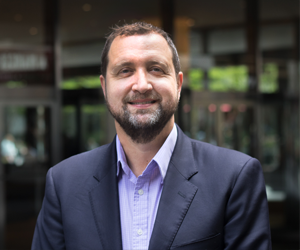 Developments in programmatic TV (PTV) also captivated the dmexco crowd. Promising to bridge the gap between television and the rest of the marketing mix, players like Sky and others are investing sizeable budgets to harness this technology. Ultimately, today’s consumers expect to be engaged in a personalised way across all media, including TV. PTV offers this level of targeting but has yet to achieve the scale that brands need. In the UK, PTV is still largely confined to video-on-demand (VoD) services, and while the pipework is in place, the whole TV industry needs to get on board and show the opportunity for brands in order for PTV to thrive.

There’s no use in investing in programmatically delivered creative content if it’s not going to reach humans. It comes as no surprise that ad fraud featured highly on the dmexco agenda, with the Association of National Advertisers (ANA) estimating that bot fraud will cost the industry USD$7bn (£5.4bn) this year alone.

Much of the discussion at dmexco focused around the imperative of identifying and eliminating ad fraud – for example by filtering out all bot-related traffic pre-bid to ensure that brands only reach real people. Viewability is key to programmatic. Advertisers need to know that their ads are being seen by real people in a brand-safe environment.  To achieve this, advertisers need to ensure they are working with trusted partners – without that basic foundation, there’s no guarantee who the ads will reach.

The LUMAscape on the tipping point of consolidation

Consolidation is a reality for our industry – something we’ve seen most recently with two of the oldest ad tech players, AOL and Yahoo, being snapped up by telecoms giant Verizon. Despite going through a transitional period and the future unclear, there’s still fun to be had. AOL had a poster on the side of their stand facing Yahoo which said ‘Say hello to the neighbours for us #WeLoveYahoo’! They’re not the first, neither will they be the last big players to consolidate. The ad tech arena is a game of survival, and uniting is often the only way to rival the monopoly that Google and Facebook have.

Although we work in the world of ad tech and digital media – one of speed, data, AI, and supercomputers – let’s not forget the key human elements in all of this. Creativity, decisions, and commercial scale.