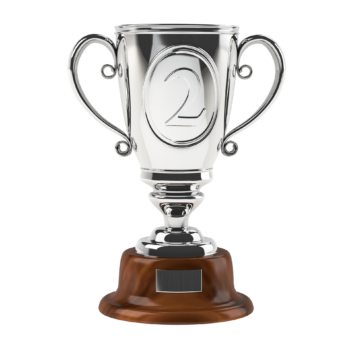 Amid the chaos and confusion surrounding the recent brand safety issues in programmatic advertising, another debate has been slowly building momentum among those on both the buy and sell sides of the industry: the first-price auction model, writes independent ad tech consultant, Paul Gubbins (pictured below).

This debate is moving beyond the water cooler chat of yield analysts to the mainstream press for two main reasons. Firstly, recent high-profile catalysts, including the announcement from the Guardian that they are taking market-leading SSP Rubicon Project to court for undisclosed fees – Rubicon have stated publicly they are countering these claims. Secondly, Amex disclosed, at a recent US industry event, that they often felt like they were participating in ‘a hybrid, first-price auction’, rather than the second-price auction they were expecting to bid into.

Now, unless you live and breathe this space, auction dynamics can be perceived to be an extremely dull topic of conversation and one rarely discussed on the yachts at Cannes. However, the topic is one that deserves more of our attention and one you are going to start to hear a lot more about in the coming months.

Let me provide some examples of how moving from a second-price to first-price industry standard could benefit both buy and sell sides. Firstly, let me recap on the current second-price standard. In a second-price auction, if a buyer bids USD$5 and a second buyer bids USD$3, the bid should clear at USD$3.01. This model was primarily agreed upon due to the speed in which the OpenRTB auction takes place (circa 100ms) and to encourage everybody to place his or her best bid straight off the bat, knowing they will only ever pay USD$0.01 above the second highest bid. The person who came up with this type of auction logic was William Vickrey, a professor of economics. This is sometimes referred to as a ‘Vickrey Auction’. Most people are familiar with the real world scenario of the auction room, where the lot price is driven up by an auctioneer shouting and banging their hammer. However, in the programmatic world, you ordinarily get one chance to bid and everybody has to place their best bid, as there is not enough time to keep going back and forth, while a consumer is sitting behind their mobile or desktop waiting for their website or app to load.

So, how exactly would a change in practice help?

Transparency from a fees perspective

SSPs provide publishers with yield management controls, their buyers’ deal discovery tools, and enable publishers to expose their inventory and data to the demand of programmatic buyers behind DSPs. For this, SSPs charge a revenue share to their publishers; circa 25% is generally considered the industry norm rate card.

However, some SSPs also take a fee from their buyers, as communicated by PubMatic’s CMO Jeffery Hirsch in a recent interview with AdExchanger. When questioned, SSPs, that have publicly stated they take these buy-side fees, have explained it is dynamic in nature and not fixed per buyer, like a revenue-share agreement would be with their publishers. Therefore, it is extremely difficult to bake into a selling or buying strategy.

Everybody agrees sell-side vendors need to make money to continue to innovate and develop publishers tools. However, many industry advocates are asking, or suggesting, a change from the second-price to first-price auction, so that a buyer’s bid of USD$10 CPM hits the publisher in full, minus the ‘disclosed fees’. This would mitigate against the perceived ‘ad tech tax’ publishers are challenging – as was raised by the Guardian recently, when they bought their own supply to test their hypothesis that the OpenRTB pipes were becoming narrower due to a clogging of opaque fees. Some say the perceived opaqueness is made worse by the fact today’s current second-price model means a USD$10 CPM bid could clear at USD$5.01, leaving a delta of USD$4.99, that a buy-side fee can be extracted from. This model is rarely challenged, as the buyer is not paying their first-price and the publisher floor has been met and ordinarily exceeded. Moving to a first price would provide full transparency to the buyer of the fee they are paying to participate in the auction – assuming the SSP they are pointing their demand at is charging a fee, as not all SSPs are – and the publisher of how much is being taken from their buy-side partners. Buy- and sell-side fees can still be leveraged, but there would be no room for ambiguity and the seller would have a direct line of sight to the buyer and the monetary intent for audience and inventory, thus enabling better deals to be brokered.

Before header bidding, SSPs had tags on publishers’ pages and were ordinarily positioned in a publisher’s waterfall, dependent on their ability to fill and drive eCPM. For any buyer connected to said SSPs, if they were the winner of the second-price auction, their ad would be served. However, in a world where header bidding has now firmly taken a hold, and many publishers are testing unified auctions, buyers’ win rates could be affected negatively, as their winning second-price bid is being passed into a publisher wrapper (a container for multiple SSP Java header tags) and the wrapper takes the highest of the many submitted SSP-winning, second-priced bids and picks the highest, i.e. resulting in a first-price auction. Not only does this hinder the buyer’s ability to win (as their second price is now being used to illustrate their true intent in a first-price auction), but can also result in a publisher leaving money on the table as the spreads between first- and second-price bids are fractured, as they are passed up from the SSP into the publisher’s wrapper.

Now there are many experts in the field of auction dynamics (I am not one of them) and some who may be reading this, thinking moving to a first-price standard would be a terrible idea. However, I have tried to explain it in a way a buyer or seller new to being knee-deep in auction mechanics can see the upsides in my logic and understand where we are currently at today.

To summarise, at a time when the industry is calling for commercial and inventory transparency, and vendors are being asked to build better tools to mitigate against fraud and viewability, migrating from a second- to first-price model will go some way to help restoring industry faith in programmatic.

It will also enable us, as an industry, to focus our efforts and time on building tools that capture yield for publishers, and ROI for advertisers, rather than spending many hours at future ad tech events discussing who is taking buy-side fees and how these are being calculated, etc.

Header bidding has changed everything we know about the sell side; it's time the auction mechanics were updated also to bring both stability and transparency to what can, at times, be a very complex and complicated area for the untrained buyer or seller to navigate: the programmatic second-price auction.