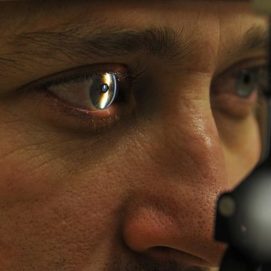 ExchangeWire: The AOP has just come forward with an ad quality charter that includes brand safety and viewability standards. What is your view on that?

Ignasi Prat: Each initiative that brings about more transparency, and generates increased trust from all parts of the value chain, is likely to be well received by the industry as a whole because it guarantees long-term success for each of these parts. The AOP’s goal is only achievable if all parts of the value chain work together in a transparent fashion. In essence, behind the AOP’s call to join up these new standards for brand safety, fraud, and viewability is a call to all the players to act transparently together.

The sell side of the industry has a lot of responsibility for providing quality and verified inventory. Notice that I have excluded the word ‘visible’ in inventory. It seems as though the AOP doesn’t recommend refunding the advertiser for impressions on non-viewable ads as it does for impressions created by bots.

But what’s the difference between an ad viewed by a robot, and one that hasn’t actually been viewed by human eyes? Why does one impression deserve refunding, and the not the other? (Human) viewability is something that brands care a lot about. For this particular issue, the AOP only recommends following, or exceeding, the standards established by The Media Rating Council (MRC), so the deliverable metrics can offer good practices for increased viewability. It looks like the AOP isn’t too restrictive on viewability, compared to other issues. I don’t know exactly why , but I suppose this is a result of having a viewability tracking methodology and standards based on a pure technical level and doesn’t boil down the essence of viewability.

Do we need new metrics? 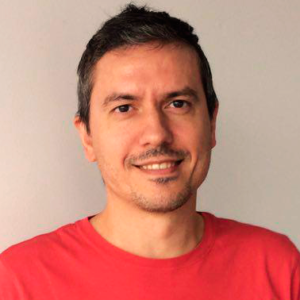 Viewability is a metric designed to allow advertisers to only pay for ads that users are capable of viewing. It’s important to highlight this because viewability is, in essence, a subjective metric. That’s because it doesn’t fully depend on technical capabilities, but also on the sight of the subject who is potentially viewing an ad. The current metric is based on whether an ad has loaded 100% of the pixels over five seconds, for example, but cannot account for whether a human eye is looking at it. Being ‘viewable’ and being ‘seen’ are not synonyms. We don’t have any clue if the information that the ad needs to communicate to the end user has been processed in a private experience (at a neurological level). But somehow we need to measure this process.

The viewability standard being set at 50% for loading an ad, and for it to be viewed for at least one second, is adequate in terms of technical measurement. But it’s difficult to operate with that on a brand basis, which pursues more than these quantitative metrics, which can be enough for a particular set of websites or apps, but totally useless for other types. It’s not very realistic to say that someone who sees a little more than half of the pixels of an ad for a little more than a second has really processed the image, much less the message behind it. Marketers need to focus on what evolves an ad from ‘viewable’, to being ‘seen’. We’ll most likely witness new metrics emerging soon, due to ever-changing market needs.

Is the industry moving towards new viewability metrics?

In the AOP’s charter, it claims a horizon goal of 100% viewability. I think that the discussion is not about adding or removing additional metrics, but instead what I consider to be the main KPI of the industry, which is trust. All of the moving parts involved in the ad tech industry must work in favour of showing that this way of doing online advertising works, and offers brands more benefits than headaches. I wouldn’t say that the whole industry is moving to new metrics, but some of the key players work with new metrics derived from the viewability metric. For example, many brands are moving from the classical CPM to viewable CPM (vCPM) for their payment models, confronting the loading ratio versus viewable ratio. This is so as to select and optimise the publishers with better ratios, or simply to measure the time a user is spending on the page where the ads are loaded. But what we still care a great deal about is what’s happening after a viewable impression (i.e. in terms of post-impression behaviour for the user) and how it affects brand lift in the customer journey. The only way to involve the user in the viewability concept is via tracking.

And don’t forget about the agencies – these middlemen are important players in the ad arena, as they act like market entry doors for advertisers. Agencies should not only talk about the technical viewability criteria, or raw data for viewability, but also about the profitability of their digital media planning and how viewability ratios are affected.

If all the moving parts of the ad tech industry are committed to setting standards, then it can look forward to a bright and long-term future. Despite its phenomenal growth and significant investment levels, programmatic ad buying is still the new kid on the block.

The learning curve for brands wishing to optimise their ad budgets is still somewhat slow, and somehow the lack of transparency and the dark shadow of ad fraud is always hovering, as are other unethical procedures and techniques. This makes the approach for brands difficult and sometimes unprofitable for publishers.

We can discuss which model(s) we prefer for establishing industry standards, regulated or decentralised. What viewability aspires to be is an objective metric on its horizon. Nowadays, brands and publishers treat it in a different way, because they use different tools that serve their interests, especially in the app world. I want to highlight the importance of third-party players, like the MRC, which independently audit what’s happening to the market in terms of viewability, and how the information available can be used by both to unite the two sides of the equation.

Where is the industry right now in terms of technology for viewability measurement?

Technology has considerably improved our capabilities to measure viewability. It remains challenging because of the environment in which ads are being served (in-app or mobile web), which devices are being used by users, or who’s going to see the ads (mobile, tablets, laptops, or even connected TVs), and in which ad format (it isn’t wise to measure video ads in the same manner as display banner ads). Advertisers and publishers are working out how they can merge all of these methodologies provided by different solutions into consistent and actionable data. I don’t have a conclusive answer on this because marketers work without homogeneous data. So my advice for advertisers is to discover the right service for each environment and situation.