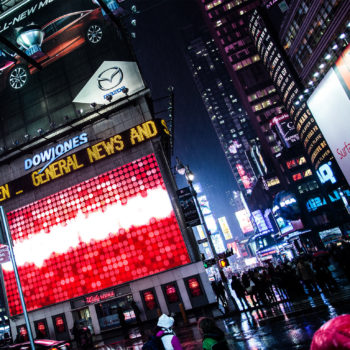 In association with Clear Channel International

At the Cannes Lions festival last week, Clear Channel International brought together experts from across the advertising ecosystem to discuss the future of out-of-home advertising and its evolution from broadcast to narrowcast.

OOH still plays well into the big brand awareness goal, perhaps even more than before, as every other broadcast medium is shrinking. No TV show is reaching the kind of audiences that it did a few decades ago (think back to the 1986 Eastenders Christmas special, which reached an audience of 36 million), and if you want to reach that size of audience today, OOH is the only way to do that. If you have one message for everything and everyone, then the inherent brand value of broadcasting public's promise can’t be denied.

However, the OOH medium is transforming; and beyond its broadcasting power is the power of targeting and, with that, the ability to achieve creativity, flexibility, and accountability.

Consumers are bombarded by messaging from all different types of media, and that can make the message lose its power and value. Jeyan Heper, CEO of condom company, Skyn, feels there is a lack of intimacy, and not just related to the premise of his brand. He believes that intimacy is dying, as everyone is distracted by the different types of media around them. Skyn is experimenting with a few ideas in the OOH space and Heper’s goal is to revive the intimacy and get the right message out there.

Clear Channel’s Cadi Jones agrees that OOH is the right vehicle for that, and the exciting part about the evolving space is the arrival of data: “You can still do the broadcast piece, but you now also have the ability to look at targeting. Being able to tailor your message to the right time and the right location, to reach the right audience with the right message.” According to Jones, it’s still a relatively new capability and the next phase of that is attribution, where they’re seeing an increase in partnerships with location specialists. It allows you to go beyond reporting where an ad was placed, to asking whether it was viewed, by whom, and whether that person took action, such as visiting a store. How does that exposure to an OOH ad change your experience?

Donna Vieira, CMO of JP Morgan Chase’s consumer banks, is one person who is looking to overcome the challenge of combining the storytelling power of OOH, while directly attributing that media to revenue. Beyond billboards, the company also has a lot of real estate in the form of bank branches, so how do they create a personalised experience using OOH and their own branches, and tie it back to a consumer action?

“We’ve cracked the code in other channels”, explains Vieira, “and we use a significant amount of analytics to tie back our attribution, which we validate every day using incrementality testing.” And while OOH is generally associated with awareness, according to Vieira, they are focused on targeted, personalised experiences. The new technology being developed in the OOH space is certainly helping them to achieve that and make the case for greater OOH investment.

Vieira believes the conversation and focus around OOH metrics has historically been lacking, but is seeing positive change: “I’m delighted that the OOH industry is willing to talk about the effectiveness of the channel to drive business outcomes, rather than a high-level conversation. How can you help me drive my business, engage my customers, and tell compelling stories? It has to be a cohesive part of the infrastructure, and that’s how you would get more ad dollars from companies like ours.”

Skyn, on the other hand, uses OOH in isolation to measure real uplift: “When I run OOH advertising in Paris, my sales in that location are up 10-12% immediately”, explains Heper. “With no social or TV activation, I can see the power of outdoor and that’s why I’m keen to explore it further. With digital outdoor, the messages are streamlined in a way that keeps the dialogue going.”

When the focus shifts towards metrics, creativity shouldn’t take a back seat. Engagement and experiences ultimately drive everything else, so the creativity behind the targeting still needs attention. 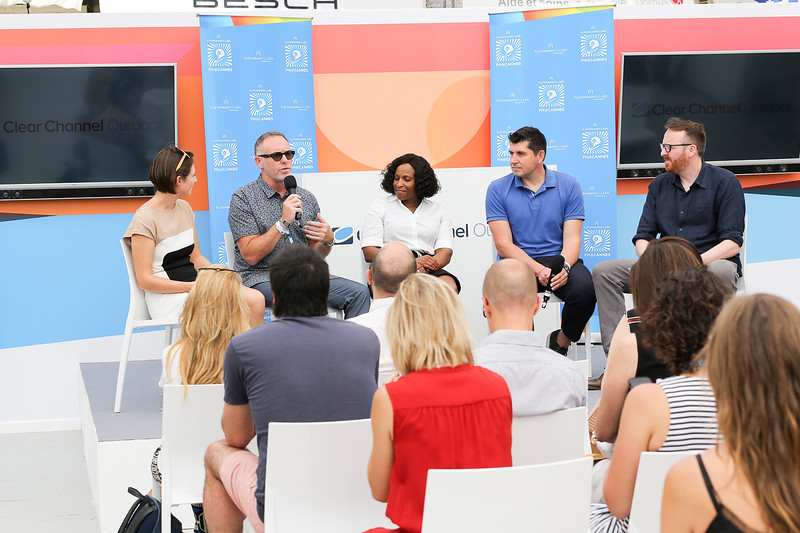 Mike Mcgee, CCO and co-founder of digital content creation studio, Framestore, says the demand for digital content in the outdoor space has never been greater or more exciting. Combining that demand for creativity with new developments in technology is freeing up new ways of interacting with audiences.

Of course, we’re not quite at Minority Report levels yet, but data is changing the space, and combining that with creative technology, such as VR and AR, means we maybe aren’t as far away as you might think.

McGee explains that the advertisers he speaks to want more immersion – they want their audiences to have customised messaging, so how do you take existing technology, that may be more commonplace in other industries, such as film, and adapt it with a clever creative idea?

He gave the example of Battersea Dogs’ Home, which ran an outdoor campaign in a shopping mall. Dog-loving shoppers would be handed a coupon with an RFID code on it. As the shoppers walked around the mall and entered the proximity of a digital billboard, the advertising would be interrupted and replaced with a piece of content of an actual dog from the home reaching out to them.

“We’re discussing with brands how they can use digital assets outside their TV campaigns”, continues McGee. “We’re building assets now to allow you to interact with digital billboards. Once you can have that interaction with someone, and hold their attention, then you’re having a very intimate and different type of relationship with them.”

However, there is a fine line between intimacy and enmity. “Nobody likes the ads that follow them around the internet”, explains Jones. “It’s about finding the right balance. Seeing a message that resonates with me, that is tailored to me, my location, and to the context of the real world, rather than the context of a page, that’s where the opportunity exists.”

“We have to put a smile on people’s faces”, confirms Heper. “You have to understand what the audience wants to see, and anticipate it.” For Heper, it’s about the surprise factor, and he is currently in discussion with Clear Channel about billboards that talk to you, understand your age, interests, and deliver relevant messages.

Digtal OOH is becoming more than just digital billboards, and VR is becoming a popular medium, but it’s very isolating. As McGee explains, VR is great for brands, as they have a connection with their consumers that blocks out the real world, but there is greater opportunity in the AR space.

“In the AR world, you can be there and share the experience with other people”, says Jones in agreement. “AR provides an extra layer of information on top of the real world, which is much more exciting than some kind of fake world.”

According to McGee, Framestore is doing a lot of work with AR and mobile, demonstrating the overlap of the different platforms, and how you can create a single piece of content that will join seamlessly cross-platform for brands to continue the storytelling, wherever their audience is.

However, McGee believes that technology capabilities are almost ahead of creative thinking capabilities: “Brands are trying to work out how to apply amazing tools to tell new stories and communicate in a new way. A lot of what we’re focusing on combines technology and storytelling.”

Focusing on the ‘here & now’

It’s still very early days for some of the more forward-thinking capabilities of OOH. However, as Cadi Jones says, it’s important to remember some of the fundamentals of the medium, which are helping to launch it into these new and exciting spaces. “It’s a medium with no fraud, no bots, and no viewability issues”, explains Jones. “Also, the public love OOH. It’s the media with the highest consumer popularity index. It’s not interruptive, it’s not ruining people’s days. It’s something people want to engage with, and they are prepared to give it their attention. We know that attention has an impact; it’s just being able to demonstrate it in a meaningful way.”

OOH has huge opportunities for growth. It’s already taking budget from press, due to its reach and flexibility. As OOH platforms continue to layer more audience capability, combined with its accountability and creativity as a medium, it’s starting to take budget from the biggest slice of the pie: digital. “There are a lot of problems within the digital ecosystem”, continues Jones, “and there’s huge opportunity for brands in the OOH space. It’s no longer a case of plastering one outdoor creative across the entire country. It’s a waste to use digital OOH in that way.”