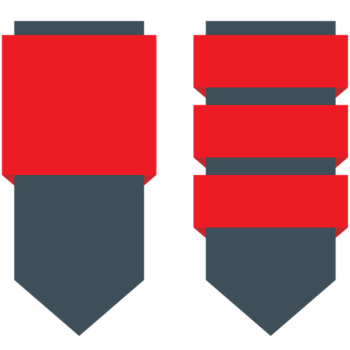 Writing on an exclusive basis for ExchangeWire, Deepti Phatak (pictured below), sales project and program lead at Verizon Media, explains how both publishers and advertisers can benefit through the promotion of unambiguous bidding via the transition to first-price auctions.

Ever since the creation of programmatic advertising, there has been the need to improve transparency to benefit all players in the market. After all, according to the Boston Consulting Group, this is now a USD$7bn (£5.62bn) industry in APAC alone, while eMarketer forecasts that programmatic will take an 11% share of the region’s ad spend by 2020.

With such considerable amounts of advertising spend being pumped into the sector, it’s simply too risky not to have a transparent system, both so buyers can bid efficiently, and publishers can reap the rewards of a dynamic and healthy marketplace. To my mind, two relatively recent interlinked developments have played a part in achieving improvements in this area, but we still have further to go.

The first is the growing popularity of header bidding, which allows publishers to offer inventory to multiple ad exchanges, or supply side platforms (SSPs), simultaneously. Prior to this advancement, publishers had little to no leeway in how they sold their programmatic inventory; it was a binary choice between one SSP or another. The decision often came down to which provider they deemed offered the best product features, customer service, or claimed to be the most effective. A small number of secondary partners could be layered in to maintain efficiency, but even here publishers were often tied to long-term arrangements. 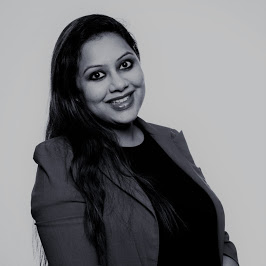 Header bidding, put simply, blew this out of the water. Now, publishers are free to work with dozens of partners, leading to a paradigm shift in their relationships with SSPs. Gone is the decision making based on long-term partnerships. Now, SSPs are having to fight tooth and nail to offer publishers more money for every single impression. As a result, vendors have been incentivised to alter their auction logic to pass higher bids on to the publisher, with greater competition now rushing through the system and creating increased openness and transparency across the sector as it flows.

The second, and related, area of improvement has been first-price auctions. Under the secondary auction system, the winning buyer would pay only a small proportion over the second highest bid. However, under the first-price regime – and header bidding itself is inherently first-priced – clients pay exactly the amount they were prepared to bid for. No wonder non-second-price auctions now represent the majority of US impressions traded, with a nine-fold increase from 2017 to 2018, and they now expect similar growth in APAC.

The higher bid density of the first-price system makes the auction process far more competitive, thereby helping increase yields, while the ability of publishers to see what buyers are genuinely willing to pay helps provide better insight into the true value of their inventory. Additionally, the first-price auction system instantly eliminates the complex structure of the second price system – along with its complicated, convoluted and vast number of monetisation strategies.

These are the plus sides for publishers, but I also believe there are great gains for advertisers too, because the first-price auction system creates a level playing, and boosts trust among all players. After all, it is impossible to have a transparent system without a clearly defined auction type. Now, both buyers and sellers know what is being offered, how it is presented to the market and what needs to be paid for it.

Before this, publishers either got less revenue than the true value of their inventory, or the buyer could end up paying far more than it was actually worth. Neither outcome was fair or open, and both would ultimately harm the programmatic sector. This is because optimal pricing and transparency are vital if we are to scale the market and create value for all.

While these two developments are playing major roles in boosting transparency, there are still some bugbears that need to be overcome. At present, not all buyers or demand-side platforms (DSPs) have the technology to handle first-price auctions. There is also the risk for publishers that the monetary gain offered by first-price auctions could be short-lived, not least due to bid-shading.

Essentially, this is being used as a compromise between first-price and second price auctions, with platforms developing algorithms to help minimise the price they would otherwise pay for the inventory. While originally created as a sweetener for the buyer, several platforms are now charging for the service – a move that hasn’t been universally welcomed and seems to add yet another level of unnecessary ambiguity.

I believe the industry can well do without bid-shading, as it usually leads to higher fees for buyers and fails to take into account that overall inventory prices will likely stabilise anyway as all players in the market benefit from the increased transparency.

Instead, we should be championing clearly-stated auction types, healthy bidding practices where buyers receive clear insights into how closing prices will be determined, and an overall system where programmatic transactions offer as a bare minimum the same level of transparency as direct guaranteed deals. That way, all participants can optimise yields and buys across different channels, contributing to a thriving programmatic sector that responsibly, fairly and transparently gets ads in front of the right consumers, at the right time, in the right place, and, crucially, at the right price.