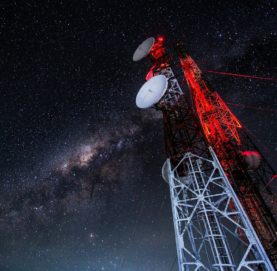 Ad tech’s landscape never stays the same for too long, with technological advances, regulatory changes, and world-wide events combining to create the need for players to be adaptable and innovative. Whilst this year has been a particularly gruelling one for Broadcasters, the segment is still capable of not just reviving itself, but revolutionising ad tech at large. In this exclusive article, Maria Flores Portillo (pictured below), general manager EMEA at Amobee, outlines how Broadcasters could shake up adland.

European Broadcasters are often accused of being old-fashioned and slow moving, but for the first time in years, they have an actual shot at transforming the advertising landscape. We have seen some interesting battles already at play, but a larger war between Broadcasters and digital giants is coming — which will put TV data and content at the very centre. If Broadcasters play their cards right, they have the assets and experience to come out on top. But the window of opportunity is certainly shrinking, and the investments and ambition required are not trivial.

A flawed formula from the get-go

The last decade has not been easy on Broadcasters, with fresh threats on all sides — from new start-ups to existing content providers muscling in on their territory — who are all aiming for the same thing: to snatch the greatest audience share. To make things harder, their top line has been severely hit by the digital giants, who have eroded Broadcasters’ advertising return by offering low-priced and high-reach competing products.

These competing products have created a non-negotiable buyers’ appetite for digital data and 1-to-1 targeting and measurement, putting Broadcasters under enormous pressure to change their business models and trade through programmatic platforms. Consequently, many of them have since broken their vow to never position their content so that buyers could simply cherry- pick their impressions. The current picture is not pretty: anyone who works for a DSP knows what’s out there, in the open, often at heart breaking prices.

So, has programmatic really worked out for Broadcasters? Arguably, no – most would agree that it strips them of key strengths, from being able to trade on their terms, to leveraging their assets at scale. The interesting thing is that it hasn’t quite worked out for buyers either. Despite programmatic’s twin promises of automation and efficiency, there’s still an awful lot of fragmentation between various different Broadcasters and their approaches. Therefore, running a BVOD campaign with a decent amount of reach ends up in a fairly broken media plan. The alternative, from an agency trader’s perspective? Just a few clicks in Google to buy YouTube inventory — job done. If the agency’s client is not too bothered about context, or simply looks the other way, then what might otherwise take 10 hours can be accomplished in just 10 minutes. This is more than just a little tempting. 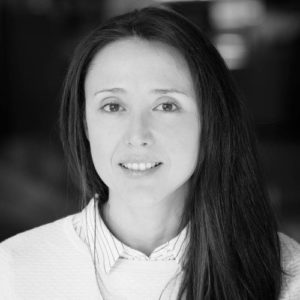 So, does this mean a slippery slope for TV from here on out? As the linear ad break becomes increasingly digital, do Broadcasters simply resign themselves to its ownership by desktop and mobile-native DSPs? And if so, what about ceding control to the platforms and digital giants that own them? Is 10% of broadcasters’ linear business really going to move to Google in the next five years in the form of DSP fees? For Europe, that’s the €3bn question.

Absolutely none of the above is a given. As well as increasing competition, Broadcasters have also had an opportunity to build a deeper understanding of what buyers need and want over the last few years. They have likewise had the chance to put some real R&D focus into fusing linear panels with the digital data they gather through websites, STB partners, and CTV sensors. Frankly, they also don’t have much more to lose. We have seen some audacious moves, such as PlanetV in the UK, where ITV moved their entire BVOD business to a platform that they control and, in the process, removed themselves from trading through any third-party DSPs. Meanwhile in Germany, ProSieben and RTL have created an alliance for their addressable TV inventory, out of reach from any other platform. Both initiatives are going well, and it’s likely that more will follow.

The next generation of platforms may be powered by Broadcasters

There is one key trigger that makes this moment the moment for Broadcasters to feel audacious: the deprecation of third-party cookies, which ushers in a renaissance of context and quality first-party data. Add in the fact that TV is at the cornerstone of any major media plan, and you start to clearly see how Broadcasters can break the status quo.

If (and it’s still a big if) Broadcasters are to disrupt the industry, first they must create ecosystems that are truly TV-centric – with unique, credible data and strong content. Next, they must extend those efforts across the digital landscape via accurate, independent cross-screen audience planning and measurement. The future success of any of these ecosystems undoubtedly rests on data and scale, both of which will require alignment and collaboration between Broadcasters to be fully realised.

If they can do all of this, then they’ll instantly be able to offer buyers a dramatically better alternative. Because what is currently on offer — a fragmented landscape of offline TV buys and all-you-can-eat digital ones — can absolutely be surpassed.

With the right technology, ambition and alliances, Broadcasters could be getting that balance just right, and writing the next chapter of the advertising industry’s future.

IAB Europe Releases a Guide to Programmatic Out of Home Advertising