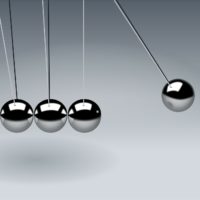 Following last week's announcement from Google that it will delay the final phasing out of the third-party cookie on its Chrome browser to late 2023, ExchangeWire speaks to professionals across the ad tech ecosystem for their initial reaction on the deprecation of the identifier. 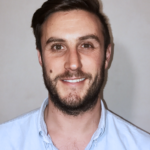 This news appears to have been met with a huge sigh of relief from the advertising industry, as well as Wall St where the share prices of major DSPs and SSPs saw big spikes.

The ad tech social sphere was immediately alight with commentary, with a lot of people in the industry proclaiming how nice it was to have more time to work on solutions. But I feel they’re all missing the point: we need to depart from the reliance on third-party cookies as soon as possible because consumers have made their position crystal clear: they don’t want to be tracked around the internet.

The fact that Google has delayed these changes due to the ad industry not being ready shouldn’t be met with relief. It should be met with a humble acknowledgement that, if you’re still reliant on third-party cookies, you’re increasingly behind the times.

This delay isn’t a lucky break. It’s a stay of execution.

We need to re-shape advertising to not be so reliant on following people around the internet and instead use techniques that reach consumers - on their terms.

We think the future of advertising is cookie-less and, largely, identity free. Consumers have already made it clear that this is what they want, not in two or three years time, but today.

So, yes, you could keep using third-party cookies for a little while longer. But just because you can, doesn’t mean you should. 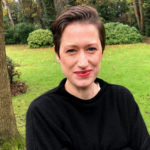 The date may have changed, but the end goal remains the same. It’s time to move on to a privacy-first world. Captify is ready.

Google’s announcement is a very public admission of what those involved in the sandbox consultation process have been saying for months. Their proposals were self-serving and did not work either for the ad tech industry or consumers.

Google aimed to turn a regulatory challenge into a corporate opportunity that did not meet the standards required by GDPR and were under investigation by the UK’s CMA for potentially creating a monopoly.

This is why Captify developed our cookieless solution, with no reliance on Google’s products—using the power of first-party search data to reach engaged audiences across all browsers. We are excited to see our Search-Powered Contextual not only beats industry benchmarks as well as our own cookie based product - proving antiquated targeting methods can be laid to rest along with the third-party cookie, in favour of more consumer-conscious, privacy-first solutions. 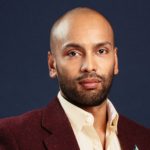 Today’s decision comes as little surprise to anyone who’s been at the coalface of preparing for the ‘cookieless future’: Google has proven to be mortal and no doubt realised that the industry (itself included) is simply not ready yet. For a change as fundamental as this, it was clear that the original timeline was far too ambitious - and in doing so, served as a catalyst for confusion and fragmentation.

The new timeline for cookie deprecation is now much more realistic, giving the industry time to work together to develop scalable, interoperable solutions that inspire confidence from publishers, advertisers and consumers alike. Equally, it gives advertisers and publishers a more feasible window in which to bring together the first-party data assets they’ll need for a cookieless future. However, that doesn’t mean that the urgency is any less - this is only ‘enough’ time if every player continues to move quickly. 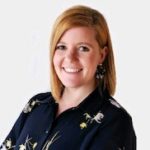 No doubt many in the industry breathed a collective sigh of relief with Google’s latest announcement to delay the deprecation of third-party cookies to late 2023.

It’s evident all parties within the ecosystem need more time to build robust alternative solutions, but more importantly to onboard and test these to ensure they are viable and scalable enough to mitigate impacts, whilst still driving advertising effectiveness.

Information to date has been sporadic and vague, and the lack of transparency and detail into the exact workings and effects of the solutions has made it difficult to help advertisers prepare. Here’s hoping the increased timeframe allows for continued momentum, greater collaboration and opportunities to test and learn before changes are implemented. 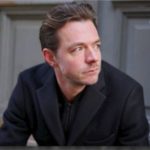 The conversation we have with many publishers in the EU is still based on how to leverage the first-party data, building a DIY advertising platform that creates reach and performance in a brand safety environment".

The future is still coming 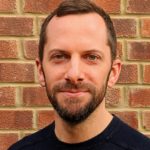 Don’t let Google’s announcement lull you into a false sense of security. Google has not paused the GDPR. Safari and Firefox still exist, and have the same significant user base. Mobile and therefore iOS isn’t any less important. Digital attribution is still flawed and unreliable on its own. Automation is still levelling the advertising playing field, and so you still need to activate first-party data to continue to compete. All your “cookieless” plans are still needed, and the future is still coming.

Playground XYZ is on a mission to master the art and science of maximising consumer attention. The company has built the world’s first technology stack that integrates visual attention measurement, analytics and media optimisation called the Attent...
More about Playground xyz »
Powered by PressBox

The first AI-driven sales and media activation software-as-a-service platform tailor-made for digital media and commerce which helps publishers and classifieds with their future advertising business model....
More about Nexta.io »
Powered by PressBox

Zeotap is the next-generation Customer Data Platform. Its Customer Intelligence Platform (CIP), empowers brands to unify, enhance and activate customer data in a cookieless future, all while putting consumer privacy and compliance front-and-centre. R...
More about Zeotap »
Powered by PressBox

Captify is the leading Search Intelligence Platform for the open web and the largest independent holder of search data outside of the walled gardens, connecting the real-time searches from over 2 billion devices globally. Its Search Intelligence tech...
More about Captify »
Powered by PressBox