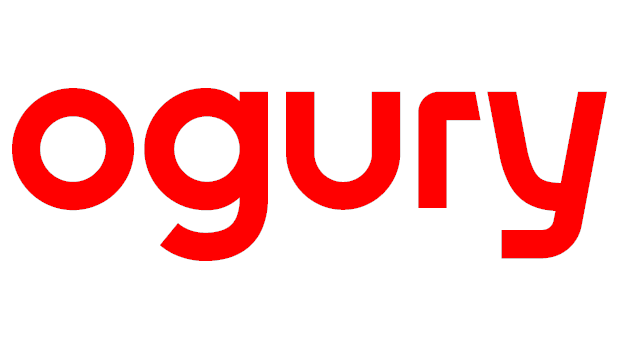 Ogury, the global technology leader in mobile advertising anchored in privacy protection, partnered with Lumen Research, the leading technology in attention measurement, to conduct a joint study to measure the attention generated by their ad formats - both in-app and on mobile web. The study highlights the relationship between attention and brand recall, and results show that Ogury’s ad formats provide significantly higher attention than the mobile outstream and mobile display activations usually leveraged by advertisers in their media plan.

Thanks to Lumen’s capabilities in creating ultra-realistic in-context testing environments, respondents were able to scroll, click, and type on their device all whilst having their eye movements recorded to track what they actually saw. After this eye tracking test, they were then asked to answer a brief questionnaire to assess brand recall. 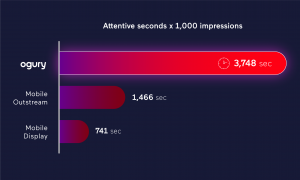 To ensure attention is properly measured, Lumen developed a key indicator looking at attentive seconds per 1,000 impressions. This standard is paramount for accurate attention measurement and is the main expression of the attention generated by an ad. The study demonstrates that Ogury’s ad formats generate significantly more attention per 1,000 impressions than the market average – outperforming mobile outstream by 2.5x and mobile display by 5x. 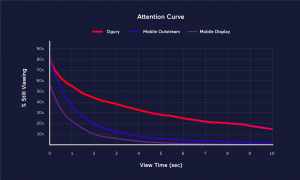 Gaining attention is an important start, but retaining it is pivotal. The study’s attention curve, based on users’ eye movements, indicates that most people view outstream video and display formats for less than 2 seconds. More precisely, they spend only 1.8 seconds on outstream and barely 1.3 seconds on display. Compared to the industry, Ogury’s formats are viewed for around 5 seconds on average - 4.8 seconds exactly. Some viewers were even found to engage for longer than 10 seconds. 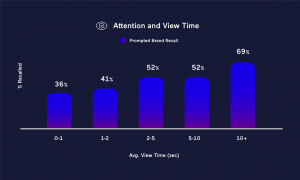 The study’s findings provide a clear picture of the link between attention and brand recall, and how it impacts advertisers’ main outcome when running branding campaigns. While short amounts of attention can lead to a degree of brand recall, its likelihood increases incrementally as users pay more attention to the ads.

At Ogury, ad formats generate 36% more brand recall than other mobile outstream and display activations. This is a testament to the importance of attention in brand building as the longer an ad is viewed, the more likely it is to be remembered.

The study clearly proves that for users to have a chance to remember a brand or its products, attention is key. To enable brands to optimise and retain attention, Ogury leverages the fully on-screen rate, a key metric widely available via 3rd party measurement partners (DV, IAS, Moat) that ensures 100% of the ad pixels are fully on screen. When it comes to video ads, Ogury encourages the industry to utilise the fully on-screen rate for at least 50% of the ad duration - the longest time period measured consistently across all measurement partners. This is the only way for advertisers to measure mobile formats’ performance in a consistent way, no matter their partners or ad networks.

“Attention is the prerequisite to any meaningful impact. If people don’t pay attention to an ad, they won’t remember the brand. And if this sounds like common sense, then this study proves it with figures.” said Charlotte Diemer, Global Head of Insights at Ogury. “At Ogury, we take it upon ourselves to ensure clients that their message is actually visible and generates real attention. This is why we’re providing them with fully on-screen formats that generate the highest level of attention possible by default.”

Lumen Research and Ogury conducted this survey in January 2022 in the US and the UK. They collected answers from 1,200 respondents aged 18-59, recruited online and placed into four groups. Users accessed Lumen software via their mobile phone, turning their device into an eye tracking camera. They were exposed to four articles (in-context testing) on their mobile phone. All respondents saw two test ads and were asked to answer a brief questionnaire to assess brand recall.