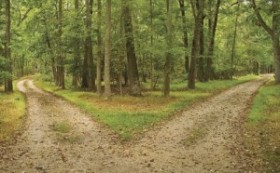 There is a growing feeling in the industry that the ad tech space is about to hit choppy waters. Follow on rounds are not forthcoming – and the exit strategy is not as clear as it was some 12-24 months ago. In a recent piece on AdWeek, Mike Shields echoed these sentiments when he wrote an extensive piece about the VC-backed ad tech bubble that currently exists in online advertising.

The LumaScape is populated with hundreds of ad tech players labouring under the delusion that they are technology companies. So many solutions – with no clear definition as to what they actually do. There are a multitude of TLAs sitting in between the two most important constituents in the whole ecosystem, namely the publisher and advertiser.

All of these ad tech players seem to be trying to take a tiny slice somewhere in the buying chain. Some offer real value; others just take margin. Most will not be able to build sustainable businesses, as the cost of scaling these tiny slithers of margin into profitability is beyond the majority of the current crop of ad tech companies.

The margins these companies are operating on are so slim that it is almost impossible to build a business that will survive. Many are forced to operate a media business parallel with their “technology” offering, as there is real revenue in the ad network space. This is essentially the biggest problem with the ad tech term: most solutions in the space are in fact ad networks, evolved ad networks, or simply companies that provide media buying services and not pure technology. Although this is plain to see, the industry seems to be in denial.

It is worth defining an ad network here, as there often seems to be some confusion around what it actually means. ExchangeWire defines an ad network as:

“An entity that not only manages and aggregates a media buy on behalf of a party, but also takes an undisclosed/disclosed margin in the media buy for services offered.”

Now, if you were to apply this definition to solution providers littering the display ecosystem, then everyone would be an ad network, including SSPs, DSPs, agency trading desks, independent trading desks, retargeters and prospectors. Even agencies now accept that their trading desks are ad networks. Why not? Networks offer real value. Media optimisation is not easy, but is much more profitable than a couple of pennies/cents on a volume business.

Time to Ditch the Tech Business, and Make Some Real Revenue

The multiples for a tech exit definitely dwarf the price an ad network could get on the open market; but let’s be honest here, nobody is buying. The three big buyers, Google, AOL and Yahoo, aren’t acquiring with the same kind of recency as they did in the past. And the big enterprise buyers, like IBM and Oracle, are not piling in. Terry Kawaja, a good barometer for M&A activity in this space, has not been as busy in 2012 compared to previous years. Those with good technology, but with a poor revenue-generating model, need to have that heart-to-heart chat with investors, and look to double down on their media business. What about the agency trading desks though – the new gate keepers to media spend? How do we compete with these agency ad networks?

The Buying Mandate: What it Means for the Ad Network Model

Many believe that the big holding groups are operating a buying mandate for all their agencies. That might be the case at the minute, in some holding groups, but the reality is the agency trading desk will never control 100% of media buys within an agency. The client will not let that happen. Questions around margin and performance are already being raised by advertisers. Who would the agency trading desk benchmark against if it controlled 100% of the media buying budget? The media plan will endure, and those differentiated networks will continue to get budgets.

The middlemen networks are finished. You will have to offer something the agency cannot get from the Google stack, or elsewhere. There is a lot of FNAC tech out there, particularly in Europe, that could be applied to media buying. Companies offering DCO and semantic targeting capabilities could build some impressive pan-European ad network businesses. Granted there will be no big exit, but at least you will make some decent money instead of engaging in a futile effort to get bought by a dwindling number of acquirers.

The Rehabilitation of the Ad Network Model

One of the great online ad models is still sound. Google still makes a chunk of its revenue (about $10 billion) from its ad network business. The agencies are now running multi-million pound ad networks in the form of agency trading desks. In the context of the rubbish ad tech margins, it is really the only viable path for smart companies with differentiated point solutions.

The ad network has garnered a terrible reputation over the past five years, and for good reason. Cookie bombing and questionable gaming of the even more questionable post view metric has left its reputation in tatters. Despite the dark arts employed by some, however, the ad network model still endures.

Look how successful the CPC networks have been of late. Retargeters have captured a lot of budgets – particularly from client direct, and it is a trend likely to continue. The next wave of ad networks will come from the publishers in the form of the PTD. The trading desks are now a fixture on the landscape (for how long is anyone’s guess).

The ad tech players scratching a living from a terrible margin business need to embrace media buying, and offer their differentiated solution to the agencies and, more importantly, client direct. There is still a lot of budget going to ad networks, and if you can own a vertical/niche, or offer a data-driven solution, then you will win media spend: it might not be an eight-figure budget, but at least you’d be working on much better margins.

Delivering Efficiencies While Working with Handfuls of Networks

Let’s assume for a second that the future ad networks (or providers of media buying services) will come to resemble some form of trading desk, with real time media and data sitting at its core.

In order to engage with all of these different value add vendors, there still needs to be a layer that connects and centralises. At the Appnexus Summit in NY last week, it unveiled a new product that will look to manage third-party ad network relationships. If you are an AppNexus console ‘owner’, you can now not only develop your own trading desk capabilities, but also have the ability to natively plug in other networks. These third-party buyers are likely to be using alternative bidders or even tech stacks.

This will not be limited to just users of AppNexus. Other DSPs (or what will likely be referred to simply as buying platforms in the future) will doubtless look to move in a similar direction. It still remains to be seen whether you can ‘outsource’ optimisation to third parties, while maintaining overarching control and line-of-sight.

You could envision a scenario like this one day: the advertiser owns the relationship with a buying platform; advertiser executes basic retargeting from within the platform, but then engages its agency trading desk, its preferred ad network partners (maybe the new PayPal network, the Amazon network, a handful of publisher trading desks etc) and runs them centrally from the source.

Media buying would still be executed by third parties but would ultimately be centrally controlled. Isn’t this just an ad server? Perhaps. But the idea of 100% of media buys running through one trading desk with sole control of execution might well not be a viable solution for advertisers, as they look for the best-of-breed optimisation to deliver performance.

The new ecosystem will have enough room for third-party buyers, and the current crop of ad tech specialists are well placed to add value. The ad network has spent enough time in the naughty corner; it might well be time to bring it back into the fold.