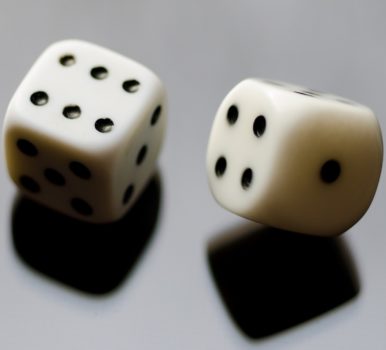 There was a lot of M&A this year in advertising technology. According to Eric Franchi's ad tech M&A tracker, there were eighteen acquisitions in excess of USD$100m (£68.4m) in 2016 - with a combined total of nearly USD$10bn (£6.8bn). This obviously should be viewed as a positive for the industry. Ad tech clearly still plays a crucial part in the monetisation and execution strategies of publishers, agencies and brands.

Despite the M&A frenzy this year there is a sense in the industry that there needs to be a 'clear out' of the current crop of programmatic vendors - either through consolidation or a public market event.

I believe a number of significant events have happened in 2016 that will make this a reality in the coming twelve months. This is why 2016 will be seen as the beginning of the end of the current ad tech cycle.

Adobe changes the rules of the ad tech game

This, is in my view, was the biggest event in 2016. Marketing tech giants have danced precariously around the edges of ad tech for a number of years, picking off 'safe' options, like data management solutions and social sharing offerings.

They were loathe to even consider getting into the messy media execution layer. For the marketing cloud vendors, media just didn't marry up to their pure SaaS play. Volume-based CPMs are a lot uglier to Wall Street than a recurring licence business. That was the prevailing view of analysts and industry experts.

Of course, that observation was turned on its head when Adobe acquired publicly-listed TubeMogul for USD$540m (£369.4m).

Why did Adobe buy a video/display DSP? Why would Adobe get into media? The answer is simple: you can't have a marketing stack without an execution piece. It's crucial for a marketing cloud to have analytics, data management capabilities, CRM specialism, and email optimisation functionality. But if you don't have tech that can use these data points to buy media, you are missing a big part of marketing.

Adobe's break from the pack probably took the other big marketing tech vendors by surprise. And I fully expect Salesforce and Oracle to acquire their own buy-side solutions in 2017. There is a rumour circulating right now that Oracle is kicking the tyres of an ad tech 'infrastructure' vendor - and a deal might happen in the first half of 2017.

Pure play DSPs like MediaMath, DataXu, Turn, and the recently IPO'd The Trade Desk must be in the cross hairs of these big players. More rounded solutions like Adform would also be a good buy for a price-conscious martech vendor.

The marketing cloud needs an execution layer - and these programmatic vendors could easily fill the gap. I'd also keep an eye on the likes of IBM, who also have aspirations to be the marketer's best tech friend.

While doing a recent internal tutorial on the evolution of the supply-side of digital advertising, I noticed a pattern. With the rise of programmatic we, as an industry, started out trying to disintermediate the ad server - mostly because DFP has seen little innovation in ten years. Ad networks, yield optimisation, SSPs, and now header bidding have tried to blunt the monetisation influence of the 'dumb pipe'.

In many ways it was necessary. Google's complete dominance of the ad server market meant innovation was thin on the ground. Ad tech challenged its dominance through programmatic.

Header bidding was the ultimate assault on the ad server. It has caught Google completely off guard. Its money pit - dynamic allocation - was being challenged through its own tech.

Header bidding is intriguing in that it is trying to achieve the ultimate goal of a smart, yield-first ad ops strategy - namely a unified auction.

I believe the header bidding narrative in 2017 will morph into a discussion about holistic yield optimisation.

There are companies that have gone all in on the header - and in markets that are subservient to Google (namely the US and the UK) those vendors will thrive. But there will be fewer of them, as downward pressure on pricing will drive consolidation.

Outside of DFP's untouchable markets, the situation is going to change dramatically.

Publishers in the European, APAC, and LATAM markets are demanding an ad server solution that can execute a unified auction - and these solutions do exist. Publishers in these markets are also wary of the duopoly - Google and Facebook - and any tech run by either media giant.

On the continent we have already seen Schibsted move from DFP to AppNexus' full stack. PubMatic also flipped a large DFP publisher in Sweden, Mediekompaniet Adapt, in 2016.

This trend will continue. Given the continued animosity towards Google in Germany, I expect a large German sales house to terminate its contract with DFP in 2017 and switch to an alternate vendor. If this does happen it will change the fundamentals of Europe's biggest display market, and loosen Google's grip there.

Expect other big publishers in France, Italy, and Spain to follow this lead. The negative feeling towards Facebook and Google on the continent has reached a point now, where publishers want to depend less - not more - on the duopoly.

In the next ad tech cycle data-first solutions will win

In a world of vanilla-flavoured ad tech software, the ones getting funded and succeeding are those with a data-related or machine learning solution at their core.

There is no random occurrence as to why location-based data companies are in vogue with investors or media buyers. The success, too of machine learning solutions is pointing the way the ad tech industry is heading. The likes of IPONWEB and Beeswax continue to blaze a trail in this part of the industry - and initiatives like Open Machine Learning (which Nate Woodman spoke about at ATS New York this year) will become a hot area of development in 2017.

The emergence of data companies like Axciom and Experian in our space also shows how powerful first-party data has become. Those with it continue to thrive and eat into media budgets (namely Google and Facebook). But there are always going to be new entrants into this market looking to activate their first-party data - and ad tech will be there to help facilitate that.

The end of this current cycle: The AppNexus IPO

One of the key events of 2017 will be the AppNexus IPO - and it's been a long time coming. When Brian O'Kelley rings the bell at the Nasdaq or the NYSE in the first half of next year it will mark the end of this current ad tech cycle.

AppNexus are one of the key infrastructure players in ad tech and their journey from white label platform to becoming a critical utility for both buy side and sell side will ensure they will have a good IPO.

Their sell-side proposition will no doubt pique the interest most of Wall Street analysts: being able to compete with DFP on the stickier end of ad tech, and their client base of some of the biggest global publishers, like LinkedIn, Yahoo Japan, and Schibsted. Does it matter if they don't have some of the bigger US names? It might to a blinkered US trade and tech press, but to Wall Street, AppNexus' volume and solid global coverage will be more important to how the IPO is priced.

It will be a lot easier for AppNexus to go public in 2017 after the success of The Trade Desk IPO. Jeff Green (my ad tech person of the year) and his team have executed beautifully. They recognised the need to work with agencies globally and build a product to their specification. The Trade Desk hired the best people in market and built a profitable business that looks to have more longevity than its peers.

1.  The duopoly challenged in 2017: Facebook and Google rule right now, but new media and data solutions providers will grab market share in 2017. Video will be a key battleground.

2. Header biding will continue to grow, but will consolidate into a handful of global vendors. Differentiation will be service, analytics, and unique demand.

3. DFP is going to get stiff competition outside of its 'darling markets' (UK and US). Keep an eye on Germany in early 2017, as big, scaled publishers look to ditch DFP.

4. Ad fraud will be controlled. The industry has the technical capability to manage these 'shadowy' bot nets. So hopefully we won't see anymore hysterical White Ops PR in 2017.

5. Snap needs ad tech. As with most large consumer-facing media entities, Snap will need an ad tech play to help monetise its data and users. Fresh from its upcoming bonanza IPO, it'll put money to work by acquiring tech.

7. AppNexus IPO: The industry looks on with bated breath.

8. Amazon foray into server-side header bidding will be an ad tech strategy too far for the e-commerce giant.

9. Programmatic TV will continue to be complicated and bespoke solutions will be the order of the day, particularly for the sell side. But meaningful spend will start flowing into programmatic.

10. Agencies will continue to survive and flourish. Despite the commercial threat from consultancies et al, agencies are managing to evolve their model. The recently launched [m]Platform from WPP is a good example of this. By combining data assets, insights, and analytics, WPP are making their agencies even more stickier for clients. The rationale? It's harder to leave when you are that deeply embedded.