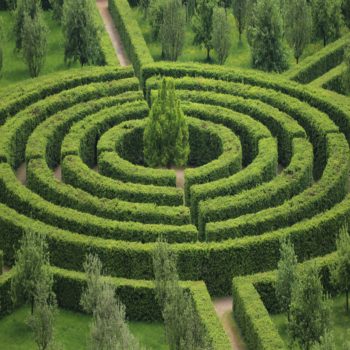 If you work for an agency trading desk, programmatic buying unit, or client trading desk you are already doing it; if you work for an SSP, you will be responding to RFPs about it; if you are a publisher, you are asking what impact this is going to have on increasing yields and fill. So what is supply path optimisation (SPO) and why is this new acronym going to feature heavily on ad tech panels in the coming months? Writing exclusively for ExchangeWire, independent ad tech consultant Paul Gubbins (pictured below), delves into the details.

Supply path optimisation helps buyers get closer to sellers and, in doing so, can improve performance, and reduce costs and exposure to practices, such as fraud and opaque fees, also known as the ‘ad tech tax’.

The first type of SPO is driven by algorithms that filter bid requests and responses to increase performance and reduce costs. This layer ordinarily exists between DSP and SSP and, to a certain extent, is fairly autonomous, as the algorithms ingest event data to derive their outputs, as explained in detail by AppNexus’ Brian O’Kelley in a recent blog post.

The second type is a manual approach taken by buyers and DSPs and this is the practice I would like to shed some light on, as it’s increasingly being discussed on the ad tech circuit.

From a buyer’s perspective behind the DSP

Yesteryear, it was very easy to establish which SSP had the strongest publisher relationships via the positions they occupied within the publisher’s waterfall and ad server.

However, fast-forward to a world of wrappers and header tags and many SSPs now pass the same publisher inventory and at the same priority and price. How can this be? Well, the sequential waterfall has been replaced with a unified auction of programmatic demand via a container (also referred to as a wrapper), that contains multiple header tags from SSPs.

That makes sense, but it sounds like publisher ad ops – how does that affect the buyer?

The buyers behind DSPs are starting to ask what SSP they should be pointing their demand to, now that it is becoming increasingly difficult to differentiate, without the legacy barometers of quality and access, the position of the SSP tag in the publisher’s waterfall, etc.

The process and manual actions currently being taken by buyers to help them decide who they should be buying from is referred to as ‘supply path optimisation’ and can take shape via the following five areas of due diligence:

1. How is this SSP making money?

Are they charging any buy-side fees you are not aware of? ‘Take rate’ has become a hot topic in ad tech; and transparency is table stakes for all partnerships in 2017, if buyers want to ensure as much of their budget reaches the publisher as possible. This is even more important to buyers looking to trigger spend-based trading agreements.

2. Is this SSP authorised to sell the publisher’s inventory you want to target, or are they resellers? 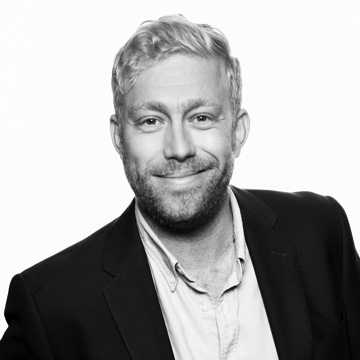 Look for whether the SSP is going to support the ads.txt initiative recently launched by the IAB Tech Lab.

3. What other measures is the SSP taking to prevent fraud?

Key things to look out for is how the SSP is tackling domain spoofing and bot fraud.

4. What type of auction is this SSP running?

5. Is the SSP passing any type of flag to indicate if an impression originates from a header tag or a tag on the page?

Again, this is very important, depending on your campaign KPIs – a smart buyer is always looking to leverage pricing deltas to improve campaign performance. An example here would be that a buyer will not pay a premium to access inventory from a PMP (unless there is a need to do so), if they can find the same inventory in the open exchange. It’s important to understand the flow of traffic and publisher ad server setup your selected SSP has, so that you can build your bidding strategy accordingly. Ad tag implementation, from a publisher’s perspective, has changed drastically in the last 24 months; it pays to understand the landscape.

From a DSP’s perspective

It is not only buyers looking to get closer to the publisher, but also the DSPs. Much has been documented recently about costs skyrocketing for bidders who have had the fire hose of supply opened up via header tags, which now means they have to listen to all bid requests from their connected SSPs, rather than manage the flow they listened to yesteryear via SSP tags on pages. This process of listening to bid requests is referred to as a DSP’s queries per second (QPS). In plain English, this means the DSP could see the same impression from five or more SSPs and it has to pay for the back-end infrastructure to do so, even if it doesn’t bid. At a time when many DSPs are looking to streamline pre-exit or to pump dollars into R&D, this has been an unwelcome increase in cost and one that many say can be avoided via a robust SPO strategy.

To illustrate this point, the DSP Turn published a press release on 22 May stating: “We’ve seen our ad impressions per second rise from 1.3 million in 2014 to 4.5 million last December, an increase of 250%. Our experience isn’t unusual. DataXu [another leading DSP], for instance, experienced a 100% jump in queries in 2016, according to AdExchanger.”

This desire from buyers and DSPs to get closer to publishers to ensure they are managing fees, QPS, and fraud has been a catalyst for a new wave of development on the sell side.

We have seen Dennis Publishing recently announce a prototype SSP, underpinned by blockchain, that has the backing of five other publishers, including the Guardian, Financial Times, CNN, Reuters, and Mansueto, with a view to removing any undisclosed buy-side fees, so that buyers can see exactly where their budgets are going. In the US, we have also seen the launch of TrustX, built out by development shop IPONWEB, and backed by premium publishers, such as News Corp, Conde Nast, Time Inc., to tackle fraud, viewability and, once again, that hot topic, buy-side fees.

To summarise, manual SPO is about understanding how buyers can build better relationships with publishers, asking the question of how buyers can get 80%+ of their budgets to a publisher, not 50%. Select sell-side tech that is transparent on both fees and auction dynamics, which increases your performance and win rates. Check that it enables DSPs to manage their increasing cost base, in line with their buyers’ expectations around bidder performance and ability to navigate around bad actors with Oscars in fraud!

So, when at dmexco this year and you overhear ad tech executives talking about SPO, hopefully you will be aware that it is not a nightclub they visited the night prior, but a form of optimisation that exists via both manual and algorithmic implementations.