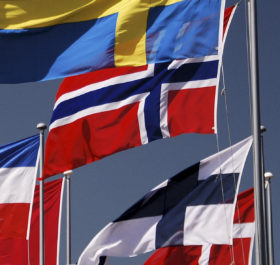 With the Nordic market set for huge growth in the near future, ad exchange Netric and video network PlayAd are teaming up for a new partnership aimed at providing monetisation opportunities for  premium publishers’ video content, ExchangeWire has learnt. Combining PlayAd’s stack with Netric’s platform was a logical step, says Daniel Ahlbert (pictured below), CEO, Netric, as video is becoming increasingly important in the Nordics. Netric’s platform registering video revenue increases of 55% between Q3 and Q4 2017 alone. We took the opportunity to talk to Daniel about the state of programmatic in the Nordic market, the new partnership with PlayAd, and the challenges faced by publishers in the future.

ExchangeWire: What is the current state of programmatic across the Nordics and how has it changed over the past year? 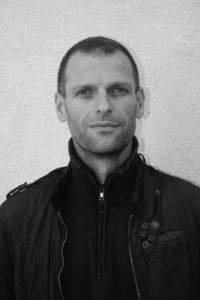 Daniel Ahlbert: It used to be the case across all four countries that there was quite a cautious outlook on programmatic. The adoption of new technologies or techniques generally came only after other major markets. But somewhere within the last two years is when that really started to change.

Even where some of the most recent changes have been complex technical and operational changes, it generally just feels like we are moving faster and all parties have grown their competence and knowledge. And since header bidding is now a standard solution across all of the Nordics, and we see aggressive movement from Google, it has completely changed the market.

If anything, it has started to feel like we may even push ahead of other similar-sized markets, in terms of programmatic adoption.

On the publisher side, specifically, what is the state of adoption around header bidding?

Header bidding is one example of what I was referring to above – it was picked up by premium publishers across the region widely, and pretty quickly too. We’ve been speaking about the advantages of header bidding for years. Last year, in matter of two to three quarters, it all took off. I would say now that the majority of our total customers’ inventory is available on header bidding; and among that number they have reported anywhere in the region of a 30-100% increase in yield. As Aller Media’s head of programmatic, Sassy Ferreira Berild, puts it: “Header bidding puts everyone – regardless of how they chose to buy – on equal footing.”

Prebid.org, the industry-wide open-source header bidding solution, is the one we and our customers support. In a big part, because transparency and impartiality are ever more important; and with a proprietary solution, you just can’t guarantee that.

Recently, the conversation has already started on where this moves to next – and that is clearly going to be server-side adoption, even if for the time being it has limitations. Prebid is already actively developing a server-to-server version of their technology.

The Prebid container is rich in data and we are already seeing publishers looking to do even better allocations and decisioning by extracting that data through our tools.

You have just announced a partnership with PlayAd across the region, what is the nature of that deal?

PlayAd Media Group is a video leader across the Nordics and brings some of the most premium inventory out there. But not just that, its tech stack also includes an Online Video Platform (OVP) and Video Ad Server with really advanced functionality. Meanwhile, on our side, Netric brings to the table a leading exchange platform, powered by Rubicon Project, that covers all media types, as well as the latest techniques such as header bidding and supply-path optimisation (SPO).

So, essentially, it’s about bringing more high-quality video inventory to market, as well as bringing access to new formats and creative opportunities together – our technologies complement each other brilliantly.

What would you say are the major trends in video right now – e.g. the most important/fastest growing content types or ad formats?

Programmatic video across the Nordics is set for huge growth over the next few years, according to several different sources and reports. IHS, for instance, says that programmatic video ad spend is set to double in both Denmark and Finland and increase by 161% in Sweden and 169% in Norway. More generally, programmatic video growth across Europe will outpace even mobile programmatic (39% vs 12%) – so, it’s clearly paramount that publishers are on top of this.

Crucially, though, the above figures exclude another really key area: outstream video.

Outstream has proven to be a highly successful and ever more valuable revenue stream for publishers, especially where in-player advertising is sold out. In fact, according to the IAB in the UK, more than half of video revenue comes from outstream formats. Both Netric and PlayAd Media Group support outstream for their customers.

We also recently launched vertical video in the Rubicon Seller Cloud. We believe it is the best format for video on mobile. It matches trends around how people are watching on the move; and publishers don’t need to change tags to get the vertical deals set up with buyers.

Where is the biggest potential for publishers in video right now would you say?

In some markets, we have already been through a period of increased interest in video investment, then in certain cases disappointment and a decrease in focus. I would say, in some cases, this may have been made worse by Facebook – encouraging publishers to publish directly to their platform rather than publishers’ own properties. And there the results have often disappointed.

But, equally, video is not all just about Facebook – just think of the growing number of devices enabling internet-connected TV – from Roku, to Apple TV, and Xbox. All of these new ways of viewing mean that long-term, consumers’ viewing habits aren’t just changing – they’re never going back to how they were before.

So, for publishers, at the very least I think they will want to be aware of all new opportunities in video – whether it’s around future distribution partnerships, or even reaching new audiences.

In terms of looking ahead over the next year or so, what are the big opportunities, or new developments publishers should be tracking?

Obviously, GDPR is the one on everyone’s lips right now. And I don’t expect questions around privacy and data will go away any time soon – especially with the ePrivacy law to follow. But, also because of all the revelations around Facebook – and no doubt there will be more where that came from. From that perspective, the Facebook debacle wasn’t necessarily the best start for GDPR in the eyes of the European population.

We hope publishers will come out of all of this in a stronger position – and, in some ways, for instance with all the stories about fake news – we are already seeing a reaffirmation on a global level of the importance of quality media and top-class reporting.

We also hope that all of the changes we’re going to see around GDPR, as well as the increasing adoption of ads.txt, are part of a broader move to even greater quality and transparency in advertising. And if that leads to more consolidation in ad tech, so be it.