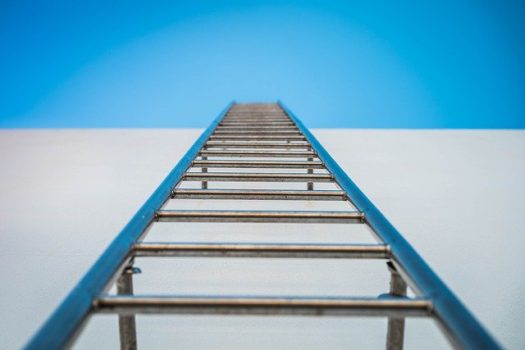 The term ‘ad network’ surfaces a lot of ill-feeling when discussed at conferences or in the trade press - its reputation has been besmirched by consistent bad behaviour over two decades. Programmatic ad tech vendors built market share in the 10s, by promising to remove ad networks from the supply chain. The irony here of course is that the majority of these ad tech vendors offer a managed service and happily accept IOs.

But things are about to change for the beleaguered ad-net model; it's about to get a shot in the arm. The arrival of privacy-first marketing will neuter a lot of programmatic capabilities, particularly across non-Chrome environments.

The online display ecosystem will soon be bucketed into two distinct audience segments: the authenticated web and the anonymous web. The former will rely heavily on logged-in data to enable current programmatic buying practices. The latter will be a programmatic wasteland in which context will be the only strategy available for scaled buying.

Buyers will gravitate to horizontal audience platforms like Google and Facebook for scale. There will also be walled-garden buys, such as The Ozone Project and ITV. But there will also be room for vertical publisher buys. This will open up a huge opportunity to aggregate these highly contextually-rich publishers. Vertical Ad Networks (VAN) will service this requirement, and find room on the agency media plan. But what will a typical VAN look like? Below I outline the anatomy of a VAN: the important pieces required for this burgeoning marketing segment.

If you are going to raise, do friends family rounds ONLY

I can count on one hand the people who have made life-changing money from ad tech. It’s a lottery, which only a few very privileged (mostly American) ever win. The VAN is not your winning golden ticket; it’s a viable digital media/marketing business. It therefore makes sense not to raise institutional money to fundraise.

If capital is required, raise an SEIS or EIS round that gives your UK investors a chunky tax rebate. These early investors should be offered a dividend plus yearly payments on the principal they initially invested. “Let’s make money together,” should be the philosophy here; not ‘pump and dump’.

The VAN needs to be profitable from the off so raising capital, to go on some kamikaze scaling mission, is a waste of everyone’s time and energy. Your outcomes should be longevity and profit - something that is sorely missing in the current crop of ad tech companies. Europeans might not build scalable ad tech; but they know how to build world-class ad networks.

This is an obvious piece of business advice. But it is worth noting again, given ostentatious hiring has been a feature of loss-making ad tech for twenty years. Hire what you need, covering supply and demand. Demand is a critical part of your business. I would advise to shy away from over-priced sales hires, who are no longer embedded in the agency world; instead look for hungry mid-level talent looking for opportunities to build a name for themselves. IOs are critical to your success so invest wisely in sales.

Aggressively look for business outside agencies; search for brands on FGB Index

The bulk of your business is going to come from the holding groups and independent agencies. It is important to cover this territory aggressively. However, it is important to note that the new breed of challenger, digitally native, and direct-to-consumer brands are eschewing agencies.

There is already a whole host of mid-tier brands, using the likes of Criteo and Taboola to drive conversions, that don’t use agencies. This could be fertile ground for the VAN. Our FGB Index, for instance, lists over 800 fast-growing brands with hundreds being added each month. A VAN focused on health and wellness could potentially find hundreds of brands here looking for options outside over-priced platforms like Facebook and Google. In this instance, it pays to be independent of the big platforms. Neutrality never mattered more in a media landscape dominated by just two companies.

It would be a fundamental mistake to build your business exclusively on Google. The reasons for becoming a Google-only shop are compelling: it has the best data; it controls the ad tech ecosystem; and it runs a loaded deck in terms of data and inventory access. The caveat to this argument is a simple one: differentiation will enable you to build a solid business, relegating your competition to scrap over Google’s meagre programmatic offcuts. And is it sensible to compete with your clients on the same platform? Simple answer to that: no, it is a dumb move.

The best thing a VAN can be in the current environment is Google neutral, offering solutions outside the Google Programmatic Layer (GPL). Remember: Google can use a loaded dice in its own ecosystem, but its targeting and measurement is just as inept as everyone else in non-Chrome environments. In this case, Safari and Firefox are your friends. You will need to lean heavily on context to maximise spending opportunities. But look to be first-party on publisher pages to help with measurement and targeting.

It would also be sensible to partner with non-competing ad tech vendors to power your stack. A focus for your offering could include: display, video, native, and contextual. Also, pay particular attention to performance for the anonymous web offering.

This will likely be your most important decision when building a VAN. You need to be strategic here, factoring in future trends. The auto sector, for instance, is due for a cyclical decline as the sector consolidates. Things like this need to be considered, High growth areas could include: health, wellness and finance. But don’t restrict yourself to traditional verticals. The niche also works. Thanks to aggressive blocklists many buyers miss out on pockets of valuable audiences. This is an opportunity for the Vertical Ad Network. Picking the right vertical will determine the longevity of this project.

There is going to be a significant fallout from this upcoming advertising recession. A lot of talented people are going to leave ad tech companies as consolidation and forced rationalisation kicks in. With fewer ad tech employers on the market, I see many launching new solutions to meet the need of a privacy-first ecosystem. Vertical Ad Networks will become the go-to for some.

Of course, there will be issues around agency payment terms and credit facilities to cover publisher payments. But there will still be plenty of room for a whole host of Vertical Ad Networks to trade successfully. Is the ad net about to embark on its big second act in the decade ahead? You’d be foolish to ever bet against the ad net.