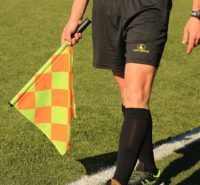 The dominance of the world’s biggest tech firms has become an issue that is impossible to ignore. Posing threats to innovation, competition, and even democracy, the Big Four (Google, Amazon, Apple, and Facebook) and their peers are under keener scrutiny than ever before. Whilst lawmakers have the power to take these firms to court, what part can the ad tech industry play in curbing the might of Big Tech? Valbona Gjini (pictured below), marketing director at ID5 gives her perspective on how the industry can take on Big Tech.

Owning the infrastructure behind an industry provides the opportunity to set its rules. When those who own the infrastructure also actively operate and compete in the industry, rules can be used to favour their businesses. Welcome to the world of digital advertising, where tech giants like Google and Apple own browsers (Chrome and Safari) as well the digital distribution platforms (Google Play and App Store).

In the last three years, both companies have implemented (or announced the implementation) of restrictions that have a massive impact in the digital advertising ecosystem. In 2017, Apple introduced Intelligent Tracking Prevention and started restricting access to third party cookies on Safari. Google took a bit longer to follow in Apple’s footsteps, but eventually declared that they would phase out third party cookies in 2022. More recently, Apple announced they would restrict IDFAs within their devices in early 2021.

Apple and Google claim that these decisions have been made to protect users’ privacy, a narrative which many have been taking for granted. However, privacy and data protection regulations don’t prevent tech companies from using personal data: they simply impose clear transparency and control principles upon their processes. It seems like browser and OS developers are making decisions on behalf of consumers without educating them on the consequences that these decisions have on their ability to access free content and services. 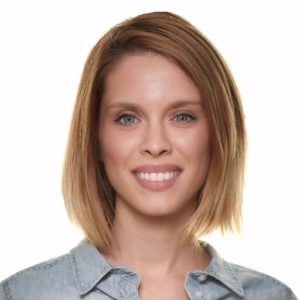 So, if privacy isn’t the reason behind these decisions, why are Google and Apple restricting identifiers on the web and within apps? The most obvious answer would be profit. Google actively competes in the digital advertising ecosystem with its services and platforms. The tech giant doesn’t need to rely on cookies for identification – users are logged into their services or use them to log in to other websites via SSOs – so blocking third-party cookies gives them an obvious competitive advantage.

Guessing what Apple’s motives are for depreciating third-party cookies is less straightforward, but their latest announcement on the restriction of IDFAs shows that they might have some interest in the mobile advertising environment. Whilst Apple currently serves ads on its App Store and within their News app, the removal of IDFAs means that early next year Apple will ask advertisers to use a pop-up to get users’ permission to track them across other apps and websites. Will the same rule apply for their own advertising service? That’s not clear yet. Currently, personalised ads served by Apple are enabled by default in their mobile devices.

Nevertheless, trying to figure out the strategies of tech giants like Google and Apple is far from easy. Both companies operate in many industries and it’s very likely that their moves are driven by the desire to hurt each other or the other trillion-dollars players in the market (i.e. Microsoft, Amazon, and Facebook).

Unfortunately, none of us in the open web have enough power to change the Walled Gardens’ roadmaps or to influence their decisions. But there are a couple of things that we can do to avoid being at the mercy of Google and Apple.

First of all, we need to build a long-term relationship with consumers that is based on trust and transparency. We can achieve that by explaining the value exchange between access to quality content and services for free in return for targeted advertising and by ensuring that they understand and can control how ads are selected and served across websites.

We also need to ensure that we build and operate in an infrastructure that respects and enforces consumers’ privacy choices throughout the advertising value chain, not just for the identification of a user.

Secondly, we need to be able to offer advertisers an alternative competitive advertising channel that offers user-level targeting in the same way that the Walled Gardens do. Settling for cohort approaches, such as Google’s Privacy Sandbox (which is ironically provided by one of Walled Gardens) will make us even more dependent on them, as it gives them the ability to define the rules of user qualification, targeting, and performance measurement.

Surely, we have more chances to thrive and to stay competitive if we work together towards these common goals. So, let’s join forces, and together create an independent open web that enables brands to connect with their customers effectively outside of the Walled Gardens.

ID5 was created to improve online advertising for consumers, media owners and advertisers, with the ultimate goal to help publishers grow sustainable revenue.

ID5 provides the advertising ecosystem with a transparent, scalable and privacy-complian…

More about ID5 »
Powered by PressBox