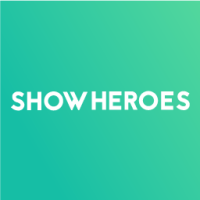 With the new umbrella brand, the company is bundling its six different business sectors and integrating the companies Streamads (Netherlands) and Viralize (Italy), which both have been acquired in 2020. The Italian startup specialising in software-as-a-service video advertising for small and medium-sized publishers is ShowHeroes; latest acquisition. M&amp;A of 100 percent of Viralize has been concluded in December 2020. The Viralize team, based in Milan, will remain and will be expanded in the coming months.

With the launch of the umbrella brand, all existing management structures will be retained. Ilhan Zengin, CEO and founder of the ShowHeroes Group, comments: “ShowHeroes was founded just four years ago. Since then, we have expanded the team from five people to more than 160 colleagues and established fifteen locations across nine countries. And with Viralize, we have now taken over the second established company that is leading in its market. The introduction of the ShowHeroes Group emphasized our competence and combines all of our branches and various business areas under one brand."

The ShowHeroes Group covers all aspects of digital video. It forms the roof for the six ShowHeroes brands:

● ShowHeroes: Solutions along the entire value chain for digital video advertising, specializing in instream video and semantic technology for digital premium publishers and brands in Europe

● ShowHeroes Studios: scalable video production for online content and ads, as well as other assets, such as animations and TV advertising

● Viralize: a software-as-a-service solution for video advertising for small and medium-sized publishers in Europe

● Union Media: strategic alliance of leading European video advertising specialists as a partner for large programmatic trading hubs, which was founded under the leadership of ShowHeroes in London in 2020

● Garage: a digital innovation hub at the interface of video, content, software-as-a-service and advertising

This year alone ShowHeroes has hired around 30 new employees and completely taken over two companies including their workforce, Viralize and Streamads. Sales revenues increased fivefold compared to the previous year.