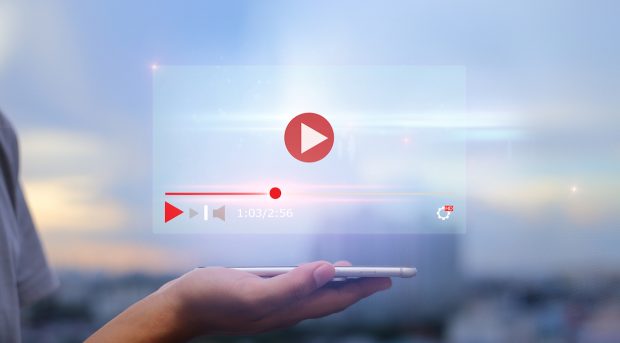 In association with Index Exchange.

In this exclusive interview ahead of ATS Singapore 2022, Adele Wieser, regional managing director, APAC at Index Exchange, discusses the importance and prominence of programmatic, mobile, and CTV in Southeast Asia, and the impact that the deprecation of third-party cookies could have on the region.

How does Southeast Asia compare to other markets when it comes to use of programmatic?

Southeast Asia is a vast region encompassing many countries, and each of them has a different level of maturity when it comes to programmatic adoption. The main difference from the rest of the world is that Southeast Asia is a mobile-first market. While most western countries experienced a similar digital progression, moving from desktop to mobile, Southeast Asia leapfrogged into heavy universal smartphone usage.

The average smartphone user in Southeast Asia spends close to four hours a day on mobile apps, 33% higher than mature markets such as the United States and Canada, and significantly higher than time spent on other media, including TV and print.

This is because of the ease of access to smartphones, and the relatively affordable data plans that give consumers access to their favourite streaming services all in one bundle.

As a result, programmatic adoption is on a steady upward trajectory across the region, mainly driven by video demand on mobile. Most of the inventory traded is done via private marketplaces and programmatic guaranteed, which provides a huge opportunity when it comes to mobile programmatic to fuel in-app purchases.

Why is programmatic so important to marketing and advertising in Southeast Asia? 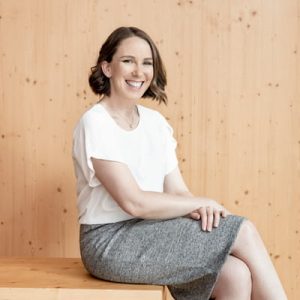 As digitisation continues, consumers are shifting their attention toward digital mediums to access content. And because consumers in the region spend so much time online, programmatic is the best way for media buyers to spend their advertising budgets.

Programmatic advertising saves agencies time on negotiating one-to-one contracts for advertising inventory by streamlining everything into a single platform, and increasing the speed and efficiency of campaign activation across a number of different media owners.

Trusted players in the programmatic space also provide an increased level of transparency for media owners and buyers, giving them total visibility over their campaigns. Marketers should be able to see exactly what sites and devices their ads are being served on, and what kinds of audiences are seeing their ads. More importantly, they should be able to gather granular data and insight about each impression served and bid placed, giving them the opportunity to funnel more spend into channels that are providing return on their investment.

In addition, programmatic allows agencies and marketers to layer data and information together to create more relevant ad experiences for the right audiences, on the right screen. Marketers in verticals such as retail, ecommerce, and mobile gaming are reaping the benefits as they engage programmatic methods to reach their target audiences (across mobile environments in particular).

What role does omnichannel currently play in the region? How might this evolve in the near future?

Television is finding itself at the centre of digital disruption, and this increased connectivity and access to digital content means that consumers in Southeast Asia watch more video content on mobile than any other device.

Video has been the most successful medium to keep audiences engaged across the region. As an “always on” channel, mobile is quickly becoming a gateway to accessing all types of content from short-form in-app video, to over-the-top (OTT) content.

However, if programmatic advertising is to be taken more seriously, it must begin to close the gap between existing tools and the needs of TV media buyers and media owners. Programmatic standards were established for web display, not commercial breaks, and without an identifier to connect viewers as they move from app to app, reach and frequency management and addressability remain aspirations.

The continued proliferation of devices and consumer appetite for digital content is a trend that we believe will continue to rise well into the future with the introduction of local streaming platforms including Viu, Hotstar, and iFlix.

In order for the true programmatic opportunity to be realised, a dynamic CTV marketplace must be introduced to replace inefficient inventory reserves, increase transparency, and drive transaction costs down for marketers.

How important are CTV and mobile in particular to advertising in Southeast Asia?

The adoption of CTV has accelerated significantly over the last couple of years during the pandemic. Forced to spend more time at home during lockdown periods, consumers are now viewing more video on CTV devices. The introduction of local content providers like Viu, Hotstar, and iFlix have created content diversification like we’ve never seen before, with consumers willing to subscribe to ad-supported services in order to stream content for free.

However, mobile will still lead the way in Southeast Asia, as consumers in this part of the world stream their favourite shows on their handheld devices. This is mainly due to the fact that households across Asia still only have access to one SmartTV.

This is an interesting convergence from linear to mobile video, and presents an opportunity for media owners and media buyers to target audiences across any screen with personalised and relevant advertising.

What impact has the deprecation of third-party cookies already had on advertising in the region?

A privacy-centric future is inevitable for digital advertising as the industry collectively takes the proper measures to uphold consumer trust. We’ve already seen sweeping changes in privacy regulation and platform updates to limit the use of identifiers in recent years.

Restrictions will continue to tighten moving forward: Google Chrome will soon join Safari, Firefox, and Edge in deprecating third-party cookies, effectively signalling their death. And following Apple’s move to require consumer consent for their advertising identifier, the IDFA, Google is planning to limit their Android Advertising ID and launch a Privacy Sandbox initiative for Android.

These decisions have wide-ranging implications and will require a major shift in the fundamentals of digital advertising. The deprecation of the third-party cookie has forced media owners to understand what data they have access to, and caused media buyers to become more creative with their targeting capabilities and measurement tactics.

While we haven’t felt the full effects of third-party cookie deprecation just yet, it will disrupt digital marketing as we know it. Though preparing for the eventual demise of third-party cookies and device identifiers is important, there’s already a significant opportunity in the cookie-restricted web today. Browsers such as Safari, Firefox, and Edge account for 35% of browsing on the open web and already limit the use of third-party cookies. It’s important for media owners and buyers to evaluate their options now, and begin testing digital campaigns that don’t rely on cookies.

What do you think a post-cookie landscape will look like in Southeast Asia? Do you think there will be any differences to other markets?

The death of the cookie will have a significant impact on Southeast Asia given that Google Chrome holds a 74% share in the region. The lack of data protection laws across the region will see a difference in impact across the markets, and the number of available solutions will also vary.

Smaller markets like Thailand may not have access to the same solutions media owners and buyers in Singapore may have access to, so it’s important to work with a technology vendor that can provide optionality and a matrix of solutions tailored to the market and use case.

While the impact may vary across the region, the call to action remains the same globally. Media owners and buyers need to understand the kinds of data they have access to, the consent under which that data was obtained, and work with a technology partner that will help them use data to provide better connected experiences for consumers.

The State of Ad Fraud in Mobile and CTV – Q&A with Jalal Nasir, Pixalate