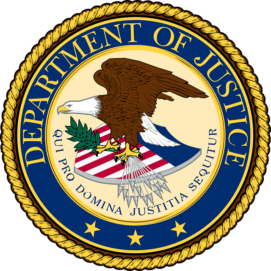 In today’s ExchangeWire news digest: the US DOJ is expected to file an antitrust suit against Google by the end of September; Apple holds off on making changes to its IDFA; and the AAP launches a crowdfunding campaign to bolster its revenues amidst increased competition.

The US Department of Justice (DOJ) is expected to file a long-anticipated antitrust suit against Google within a matter of weeks. The suit, which will come off of the back of an investigation led by a collective of around 40 lawyers, could be launched by the end of this month, according to sources familiar with the matter.

The New York Times wrote that 3 of its sources informed them that the DOJ has instructed those involved in the investigation “to wrap up their work by the end of September”. The publisher also reported that the many within the investigative team disagree with the deadline, arguing that they need more time in order to build a stronger case against the Alphabet-owned tech firm. A number are believed to have asserted that “they would not sign the complaint”.

The deadline has received criticism from both ends of the political spectrum, with figures from each party accusing the other of trying to shape the deadline to the national election in November. Some Democrats argue that Attorney General William Barr is attempting to rush the case in order to bolster Donald Trump’s re-election campaign; whereas some Republicans allege that their counterparts want to unnecessarily delay the case in the hopes that it will be picked up under a newly-elected Joe Biden.

Apple has confirmed that it will postpone implementing changes to its Identification for Advertisers (IDFA) system until early 2021. According to a statement from the US-based tech giant, the firm decided to delay the changes in order to “give developers the time they need to make the necessary changes”.

The decision no doubt comes as a relief to mobile developers and measurement firms, which have been floundering since the changes were announced in June. The move was originally scheduled to coincide with the release of the iOS 14 update for Apple’s devices, and will require developers to gain explicit permission from users to use IDFA to collect their data.

Apple have not indicated that they will postpone the release of any other aspects of iOS 14 update.

Developers and measurement firms have welcomed the postponement. SVP of strategy and business development at AdColony, Matt Barash, said “Apple’s partners felt they were left to struggle through interpreting the changes […] It created an industry-wide sentiment of hesitation and uncertainty for the future, leading up to the September release.”

The Australian Associated Press (AAP) has launched a Go Fund Me campaign in an attempt to keep running amidst financial pressures and growing competition. With an AUD $500,000 (£276,176) target, the publisher hopes to strengthen its base revenue and to maintain its lead over NCA newswire.

The NCA was launched by News Corp, which used to own AAP alongside Nine until both firms pulled their funding. The new publication has the incumbent concerned about its position within the space, with an AAP spokesperson stating that NCA “threatens AAP’s unique role, supplying independent content”.

Now led by a consortium of investors, AAP has turned to crowdfunding as one way of supplementing its revenue after COVID-19 saw media budgets shrink, landing a heavy blow to publishers. The campaign has so far raised AUD $3,270 (£1,806), with AAP chief executive Emma Cowdroy urging readers and the government alike to continue to provide financial aid.

“We operate in an era of unprecedented disruption, national emergency and consolidating media ownership,” she said. “Australians need AAP’s uncompromising focus on delivering facts more than ever. AAP play a vital role in preserving Australia’s media diversity and is an essential piece of democratic infrastructure.”