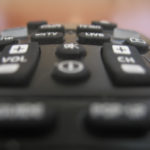 A solid example of how to leverage new media platforms to engage with a millennial audience. Great results achieved by extending reach across Instagram and not just relying on Facebook, delivering highly engaging, snackable video content.

TV Land, a cable network owned by Viacom, wanted to promote their new TV show, Teachers across Facebook. Adaptly recommended Instagram as a way of extending reach to a relevant audience and it paid off. As an Instagram Partner, Adaptly were able to repurpose Facebook assets and test the impact of both platforms.

By running the assets across both platforms, TV Land achieved a 25% lift in ad recall and a 21% increase in brand awareness – proof that it’s worth stepping outside of your comfort zone to effectively engage your audience.

The Viacom-owned cable network TV Land wanted to build awareness and drive audiences for new comedy show Teachers. TV Land initially planned on running ads solely on Facebook but Adaptly advised to push the campaign out across Facebook and Instagram in order to engage younger audiences. Adaptly served ads across both channels, with ad content consisting of bite-sized video clips featuring funny character gaffes from the series and sneak peaks of upcoming episodes. The goal was to prompt live tune-in, continue conversations and drive people who missed the show to catch up on demand. A Facebook Brand Effect study was conducted to determine the overall performance of the campaign. The campaign resulted in the network increasing its reach by 7% and impressions by 16%. It generated a 25% lift in ad recall and a rise of 21% in brand awareness and 3% in intent to tune in.