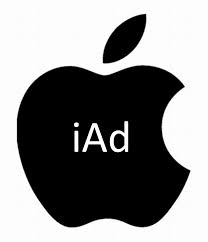 With the ad tech sector ripe for another round of consolidation in 2015, ExchangeWire assesses how the biggest brand in the world could impose itself in the ad tech sector, and realise the commercial value of its much coveted iTunes data.

Apple's renewed designs on the advertising business were revealed when it was announced it was to start selling its iAd inventory on a programmatic basis, with several firms including MediaMath, Rubicon Project, among others, over four years after its iAd unit was initially launched, asking advertisers for (the then audacious sum of) $1m per campaign on its iOS devices.

Since launch, Apple's presence in the advertising business has been largely underwhelming (apart from its own spend). But the revelation it had chosen several supply-side platforms (SSP) to sell programmatic guaranteed opportunities on behalf of the 250,000-plus App Store developers indicated its renewed designs on the sector.

The announcement itself made waves, not least because of the bungled nature of the announcement, which itself raises a number of issues to debated about Apple's influence in the ad tech sector (more on that later).

The initial announcement read: "Apple’s iAd provides 400-plus targeting options to advertisers, based on hundreds of millions of validated iTunes accounts worldwide. This rich first-party data asset makes it easy for buyers to target the specific mobile audiences of their choice."

The move represented, for the first time, that Apple is willing to loosen control over its first-party iTunes data with advertisers expected to be willing to pay top dollar for the access.

Advertisers had initially balked at Apple's attempts to sell its iAd inventory for premium prices, charging advertisers using a hybrid CPM and CPC model, with the latter rates charged at up to ten times the industry-norm, according to reports at the time.

ExchangeWire's attempts to secure specific on record comment from about the latest development proved unfruitful, with media agency sources contacted claiming the iPhone manufacturer had not approached them about the latest offering at time of publication.

But a DigiDay article dating back to October claims Apple was approaching US advertisers with a retargeting solution for its audience via a mobile web browser. However, Europe-based market sources do appear receptive to the latest move in theory.

James Chandler, Mindshare, global head of mobile, said: "When iAd first came out, mobile was in a bit of a bad state, as there were little or no good ad formats, but then Apple came along and brought with it a bi of a 'waoh' factor.

"The first-party iTunes data is some of the most desirable on the [mobile] market, and this move is basically a way for advertisers to hit scale using this data."

Paul Gubbins, Millennial media, head of programmatic, EMEA, added: "Late to the party or not, if iAd really is going to open up its rich fist-party iTunes data to the buy-side, this is a high profile and public endorsement from one of the world’s biggest brands about the efficiencies of programmatic technologies.

"As iAd continues to develop its programmatic strategy it will be interesting to see how they manage channel conflict, and how its direct order team evolves from bygone objectives to secure a minimum of $1m per deal.

"Either way, this is a welcome move for many who work in the sector and understand that data will be the catalyst that delivers the confidence required by marketers to increase programmatic budgets."

Apple's code of omerta hardly helps to aid transparency in an already nebulous sector of the advertising industry, but the latest development with its iAd industry raised a number of questions. They are:

ExchangeWire has attempted to garner comment from several sources on the above points, but none were willing to go on record, which itself raises questions over transparency – something advertisers are continually crying out for.

Since then, Apple has since started to advertise for roles within its iAd business, requesting applications for UK candidates to join its iAd Marketplace Sales Organisation.

Among the skills requested are: "Apple’s customers on the various products iAd has to offer as well as how to leverage iAd’s self service buying platform, iAd Workbench."

In addition: "Third-party tags familiarity a plus."

As part of the renewed push, Apple has also made a push into new markets, with iAd now live in Latin America's most prominent markets, Brazil and Mexico, after hiring Claudia Contreras to spearhead iAd in the region.

However, the announcement does auger the iPhone and iPad manufacturer's designs in the world of data-driven advertising, including the potential for it to buy its way further into the industry, as the programmatic advertising sector witnesses a further drift towards walled gardens.

Obviously, Apple owns an entire ecosystem – its entire iOS ecosystem, including its App Store, and Safari browser – with (as mentioned above) its first-party iTunes highly desirable to advertisers.

As is well noted in this publication, the industry's drive towards programmatic advertising, has also been mirrored by the shift towards 'walled gardens', driven namely by Facebook (with its cross-screen Atlas ad server), and Google with its fully comprehensive ad stack.

Making industry predictions for 2015, Gareth Davies, AdBrain, CEO, and ExchangeWire columnist, wrote: "We all talk about the power of the multi-screen single sign-on of the Google’s and Facebook’s of the world, but let’s not forget Apple and its 200 million-plus credit cards on file, tied neatly to iOS device IDs, emails and a wealth of first party user data. All valuable tools to preen and beautify what is already rather pretty walled garden."

So how can Apple attempt to wrest marketshare from Facebook and Google? One of the key selling points of Facebook's Atlas ad server is its ability to target users cross-screen, with some touting it as a serious contender to Google.

If Apple is to live-up to its earlier lofty ambitions for iAd before the market moves on, then surely an acquisition is in order? Events this week, show Apple is in the mood for buying, having purchased UK-based music analytics firm for a reported $50m. The wisdom is that it will be rolled into an analytics service made available to advertisers ahead of the iTunes Radio and Beats Music launch.

So just what would Apple be in the market for? An enhanced ability to target users cross-screen would surely make the iAd proposition more compelling to advertisers.

This makes companies such as Drawbridge, Millennial Media, Videology, and Tapad an attractive proposition to Apple should it choose to acquire its way further into the advertising business.

With the ad tech sector widely predicted to undergo a further round of consolidation in 2015, how long can Apple let such companies, with the cross-screen capabilities, remain on the shelf?