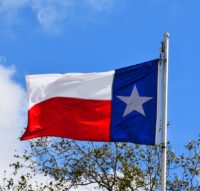 In today's ExchangeWire news digest: the attorney general of Texas sues Google, accusing the search leader of conspiring with Facebook to fix header bidding auctions; Facebook is sued by the ACCC for allegedly misleading users in adverts for its Onavo Protect app; and Facebook announces it plans to move its UK users to US privacy agreements.

The state attorney general for Texas is taking Google to court over allegations that the company used illicit means to gain a monopoly over the digital ad business. The antitrust suit, filed by Texas AG Ken Paxton and signed by 9 other US states, also accuses the search leader of colluding with fellow Big Tech firm Facebook to rig ad auctions in favour of the social media platform.

The complaint elaborates on the latter accusation by alleging that Google and Facebook had forged an agreement to boost Facebook into prime position for a certain number of mobile header bidding auctions, giving the platform an unfair advantage over competitors.

Google fervently refutes the accusations, deeming them “meritless”. In a statement, the firm said that “Digital ad prices have fallen over the last decade. Ad tech fees are falling too. Google’s ad tech fees are lower than the industry average. These are the hallmarks of a highly competitive industry”.

The case marks yet another lawsuit from US regulators, who have stepped up their efforts to clamp down on Big Tech. The intensified scrutiny follows growing concern worldwide that the dominance of leading digital platforms is stifling competition and innovation within their respective fields.

Facebook taken to court over allegations of misleading ads

The Australian Competition and Consumer Commission (ACCC) has another bone to pick with Facebook. The regulatory body has launched Federal Court proceedings against the social media giant, accusing the company of commissioning ‘misleading’ ads for their now defunct Onavo Protect app.

Promotions for the app, which offered a free virtual private network (VPN) to users, claimed that Onavo would protect users’ personal data, when, in reality, Facebook used the information collected in the app to enhance their market research, the watchdog alleges.

The legal action, which is being headed by ACCC chair Rod Sims, follows ongoing investigations into digital platforms and the ad tech supply chain by the industry watchdog. Concerns surrounding Onavo first emerged in the Digital Platforms Report, the culmination of the body’s first investigation, and a contributing cause behind the News Media Bargaining Code, which was presented to parliament last week.

The ACCC is now appealing to the courts to fine Facebook for the alleged infraction, but Facebook is fighting back. The social media behemoth said in a statement that “we were always clear about the information we collect and how it is used.” The case continues.

Facebook will move its UK-based users into user agreements with the company’s headquarters in the US. The change, which will take effect next year, mimics a similar move revealed by fellow Big Tech platform Google, and loosens the EU’s jurisdiction over Facebook's UK users.

According to a statement from the social media giant’s UK unit, the move comes as Brexit negotiations reach a conclusion. Sources close to the company, however, have asserted that the shift is also partly an attempt to be rid of the EU’s particularly strict privacy regulation.

The firm asserted that “there will be no change to the privacy controls or the services Facebook offers to people in the UK” as a result of the decision. However, privacy campaigners are concerned that the change is the beginning of more lax data protections within the UK, particularly as it looks to the US, which has far less stringent safeguards in place, for a post-Brexit trade deal.

Some fear that this move could see UK consumers subjected to US surveillance, with Open Rights Group executive direction Jim Killock saying “The bigger the company, the more personal data they hold, the more they are likely to be subject to surveillance duties or requirements to hand over data to the US government.”