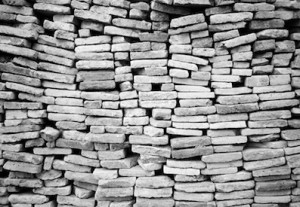 The stack is the next big thing. Everyone wants to be a stack. Problem is, do we really know what a stack is and are there enough buyers to support the multiple stack solutions looking to dominate the market?

What is the "stack"?

No one really knows for sure what a stack is. Intuitively, it feels like an all-encompassing platform that is tied to an adserver. It is a platform that ultimately rolls up many of the FNACs we see sprawled across every Kawaja-inspired landscape chart. Any tool or feature that adds value to the media buying/optimising/measuring process is something that is being assembled around each stack.

Why build the ad tech stack?

Development of the stack is fundamental to sustainability. We are on the brink of reaching some form of sensibility in the ad tech industry. VC-backed businesses, with less than solid business models, seeking a public market exit are now getting sucked into a consolidation process, and actually consolidation is healthy for our space. Another motivation behind building a stack is surely around potential exits. A scaled end-to-end solution, managing and executing the vast majority of a marketers budget (or serving and yield managing the majority of a publisher’s ad inventory), would be worth a lot more to potential buyers than a feature that models data intelligently or semantically indexes words and translates them into targeting segments. The stack fundamentally equals more money.

Who are building the stacks?

This is not an easy question to answer because it depends on one’s interpretation of what a stack can be. If we’re looking at full end-to-end solutions, advertiser to publisher, buyer to seller, you’d have to look to both Google and Appnexus as the outright leaders in the space. Adnologies could be making a European play, so it would be wise to keep an eye on how that develops. And let's not forget about likes of IPONWEB and Switch Concepts. Both operate under the radar, quietly building out the underlying tech for many ad tech companies. Both could represent a more customised end-to-end solution.

There are also those focused on either the buy or sell side - less conflicted you could argue. The SSPs and DSPs are clearly building out their own proposition to offer more than a point solution, trying to build full stack capabilities into their offerings.

The likes of BlueKai also claim to be building the end-to-end ‘data stack’. So again, depending on your interpretation of what a stack business represents, it is likely it will evolve to resemble macro and micro level stacks.

IBM and Adobe are the dark horses, strongly positioned to build their own enterprise-level propositions. It is still unclear on the positioning and direction of these companies, but they have the capital to make an impact if/when they do decide to make a move.

Many commentators within the industry speculate/claim/hypothesise that we will see a maximum of anything between four to eight stacks solutions. Regardless of from where that calculation is derived, one must wonder if there is enough demand to sustain this number of end-to-end stacks?

The agency holding groups are the obvious sales targets, but which ones are still in the market? Let's examine the options:

WPP made a commitment to 24/7 Real Media - a commitment to the tune of $649 milion. WPP have, and continue, to partner elsewhere, but its strategy of building a competitor to Google must surely push them in the direction of the in-house solution?

Publicis threw its lot in with Google a long time ago, and it is unlikely to stray from the big G. If Google is perceived as best in class, why not throw your enormous clout behind it, become a majority partner and have active influence over roadmap/development? It’s almost like having a super power in-house development team just without any upfront cap ex requirements.

It is too early to suggest that IgnitionOne will ever be an end-to-end ad tech stack for Dentsu. Could Dentsu simply shut off access to 3rd parties? To maintain greater margins, it is not inconceivable to suggest that it will execute this strategy in the near term.

As early as yesterday we saw news that MediaMind and Omnicom had penned a global deal. MediaMind has a strong ad server business. It is also in the midst of developing its RTB capabilities. MediaMind has made a very smart and timely move in doing this type of deal. It is unlikely to be the only ad tech solution Omnicom globally employs, but it could very much earn the much coveted “preferred partner” status.

This seems a bit of an opportunity. Digilant (formerly Adnetik) has distanced themselves from Havas, which presumably opens up Havas for one major stack provider. The decision to move away from Havas made sense at the time for Digilant (Adnetik), but in hindsight would it have been a better strategy to remain a Havas “preferred partner”? The same applies to IPG, and in particular Cadreon. There does not seem to be a dominant ad tech partner within the IPG group right now.

Any DSP business with integrated ad serving technology and data management capabilities should start cosying up to Havas and IPG.

Of course the above has not accounted for the vast opportunity that sits outside the major holding groups. There are many independents representing a viable business strategy for ad tech stack providers - but look outside the US for a second and where does that opportunity really lie?

Could you really build an end-to-end stack on the independent agency layer, who are still outsourcing the execution of media to third parties?

If the above scenario does play out, perhaps the likes of IBM and Adobe will not even want to get into the media business. Instead, they will continue building enterprise-level data products that sit squarely within the CMO/CIO remit and leave the stack dog fights to other companies.

What about the publisher?

Publishers really deserve a piece on this as a separate subject. Watch out for that one in the coming weeks, as we approach ATS London.

To conclude, the stack wars have only just begun. The race to own the stack will see more consolidation, more JVs and more strategic partnerships. However, the key question is who has the resources to buy and roll-up the ecosystem, as the big players execute their end-to-end strategies?