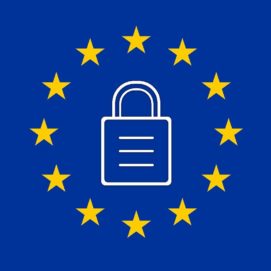 The EU’s Court of Justice has overturned its Privacy Shield data-sharing agreement with the US. The Court revealed that it made the decision based on concerns that the pact could leave the personal data of EU citizens open to US surveillance.

Announcing the move in a statement published today (16th July), the Court asserted that “The limitations on the protection of personal data arising from the domestic law of the United States […] are not circumscribed in a way that satisfies requirements that are essentially equivalent to those required under EU law.”

The case was launched after Austrian privacy activist, Max Schrems, protested that the US government breaches EU data legislation by putting surveillance over the bloc’s citizens’ right to privacy. The ruling will now mean that US tech giants, including Facebook, which was at the heart of Schrems’ initial complaint, will now have to rely on another data transfer mechanism called a standard contractual clause (SSC) in order to access information on their EU-based users.

The news comes amidst growing scrutiny towards the security of tech firms, particularly from the US, which has launched an assault against Chinese telecoms giant Huawei and threatened to ban ByteDance-owned TikTok on the basis that both pose a threat to national security. It remains to be seen how the US will react to being on the receiving end of such a decision.

Google will invest Rs 33,737 crore (£3.58m) in Indian conglomerate Reliance Industries. The investment, which is yet to be approved by regulators, will give the US tech giant a 7.7% stake in Reliance’s telecoms division, Reliance Jio.

The news, which was confirmed yesterday (15th July) by chairman and managing director of Reliance Industries, Mukesh Ambani, comes as Google increasingly turns its attention to India – Google’s CEO, Sundar Pichai, announced earlier this week that the tech heavyweight will invest Rs 75,000 crore (£7.96m) into the country between the next five to seven years.

The investment pledged by Google in partnership with the Indian government’s education body, CBSE, will fund better education across the country. However, with tech firms long aware of India’s potential as the second-largest smartphone market, Google is undoubtedly looking to ingratiate itself in the country.

The Alphabet Inc-owned company isn’t the first to grab a slice of the Reliance pie – Facebook became the largest minority stakeholder in platforms in April after acquiring a 9.99% stake in the company. However, the coupled investment in India’s biggest telecoms firm and education show that Google is making a serious challenge for dominance in the country.

Video platform Dailymotion, has appointed Bichoï Bastha to the role of chief revenue and business officer. Bastha takes up the role after serving as the firm’s chief ad tech officer, and will now take charge of spurring growth and revenue for Dailymotion globally.

In his previous role, Bastha supported a number of teams across Dailymotion, and led the launch of the company’s VerticalVue ad format, which allows vertical ads to run simultaneously alongside publisher’s video content. Bastha also played a part in the launch of Dailymotion’s ad exchange.

Dailymotion, which is owned by Vivendi, offers an end-to-end advertising solution for brands across video and streaming platforms. Commenting on his appointment, Bastha said “Now more than ever, advertisers are seeking effective solutions and ways to successfully measure their performances as they adhere to changing consumption patterns. Providing a suitable environment for brands and an optimal experience for consumers is at the core of our business, and I look forward to ensuring Dailymotion is continuing to deliver impactful campaigns with our demand partners, agencies and advertisers.”